Pushing the Potential of Wine

How are Australian winemakers putting their own stamps on a centuries-old craft? Broadsheet talks to Emma Farrelly, an award-winning sommelier and wine judge at the Drink Easy awards, about one of the most interesting up-and-coming producers and varietals. 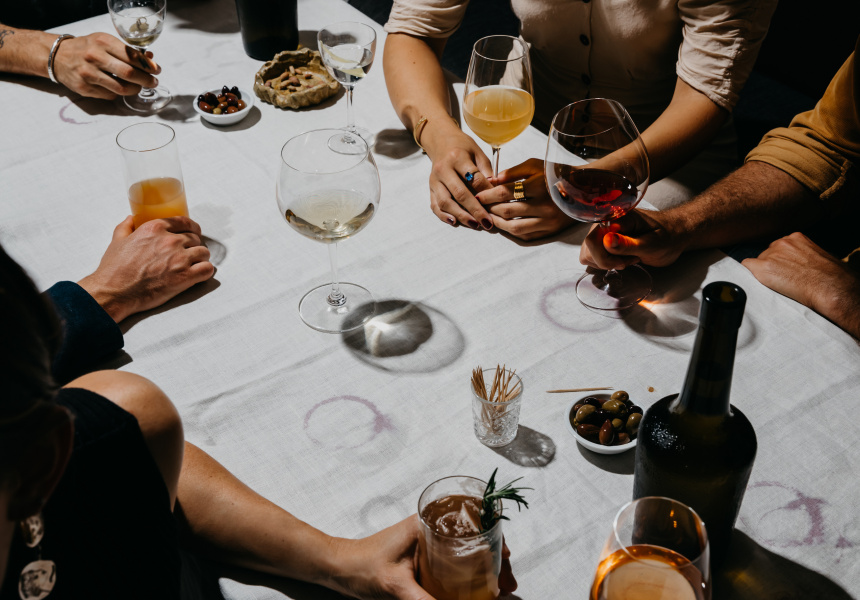 For decades the Australian wine industry followed the lead of international tastemakers.

It was thanks to the influence of critics such as Robert J Parker, an American who admired oaky wines with high tannin and alcohol, that “there were a lot of really massive wines being made in Australia in the ’90s and early 2000s,” says sommelier Emma Farrelly, a judge at the 2019 Drink Easy Awards.

In the past 15 years that’s changed, says Farrelly. In an exciting shift for the local industry, wine producers have moved away from “Parker-ism” towards fresher styles with less oak, lower alcohol and a focus on regional characteristics that are better suited to our climate and Asian- and Mediterranean-influenced cuisine.

The evolution of this distinct local style can be attributed to any number of factors. For one, local winemakers have developed the confidence to explore new techniques. “We’re seeing a lot more winemakers spending time overseas and bringing back to Australia practices that they’re learning in Europe,” says Farrelly.

Significantly, wine producers today are taking a more subtle approach to the use of oak, which is traditionally used to ferment and store wine. Oak, particularly new oak, gives wine distinctive vanilla, coconut and resinous characters and masks any tropical fruit notes.

Producers are increasingly seeking out older oak, which imparts a much more subtle flavour to wine, or alternatives such as stainless steel, concrete and clay.

“In Georgia, they’ve fermented in clay for the entire history of their winemaking,” says Farrelly. “These wines tend to take on more oxidative characters.” Unlike oak, she says, “clay and concrete don’t have any flavour, so you tend to see wines with more energy and exuberance but not so much flavour.”

Alternative production methods are also gaining traction in Australia, such as pétillant-naturel, known as pét-nat, a process of producing sparkling wine that predates the champagne method.

“It’s a huge trend,” says Farrelly. “Ten years ago, if you’d said, ‘What’s pét-nat?’ I wouldn’t know what you were talking about.” Today, she says, dozens of producers are turning to pét-nat to produce sparkling wines that are “very grapey, very juicy and made in a really immediate, drink-now style”.

Pét-nat sparkling wines are fun and vibrant, she says. “You drink them when they’re really fresh and wait for the next year’s to be released. They’re not wines that you keep; they’re not going to get better with time. They’re a celebration of bubbles and fresh grapeiness in the glass.”

Another break with tradition is the rise of chilled reds – light-bodied reds designed to be served cold. With minimal oak and tannins, “they’re really juicy and crunchy,” says Farrelly. “They suit our climate perfectly – just because it’s summer doesn’t mean you shouldn’t be able to drink red wine.”

Also driving innovation is a wave of second- and third-generation winemakers experimenting with modern techniques. Owen Latta, who grew up on his parents’ winery in Victoria, is employing a more natural style to produce “beautiful, expressive wines that really speak of their place”, says Farrelly.

In the Hunter Valley, a historic winemaking region not known as an innovation hub, second-generation winemaker Angus Vinden is “making wines in a modern, fresher, brighter style with some interesting varieties”.

Back in WA, acclaimed winemaker Rob Mann, formerly of Cape Mentelle, has established his own label, Corymbia Wines. Mann, the grandson of revered winemaker Jack Mann, is “using a more modern approach to things like old vine Grenache and Chenin Blanc, which a while ago were considered a bit daggy,” says Farrelly. “Now he’s making these fantastic, super drinkable classic styles.”

For more details, including submission details for the Drink Easy Awards, visit drinkeasy.com.au.