This fastidiously organised pantry holds a curry powder that’s a “powerhouse of depth of flavour” and a hard-to-find Japanese condiment used to lift his pasta game. Plus he shares an easy nut butter recipe, and explains why edamame spaghetti really shouldn’t exist. 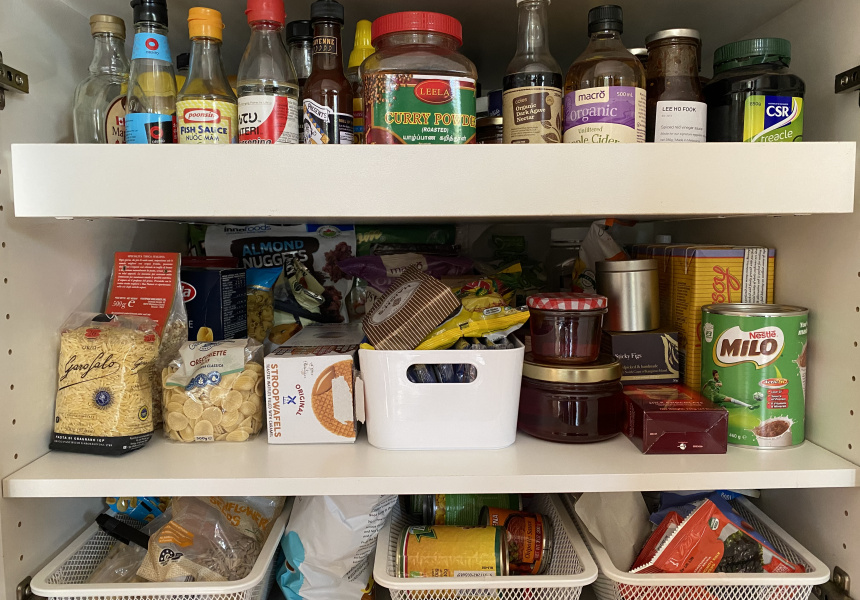 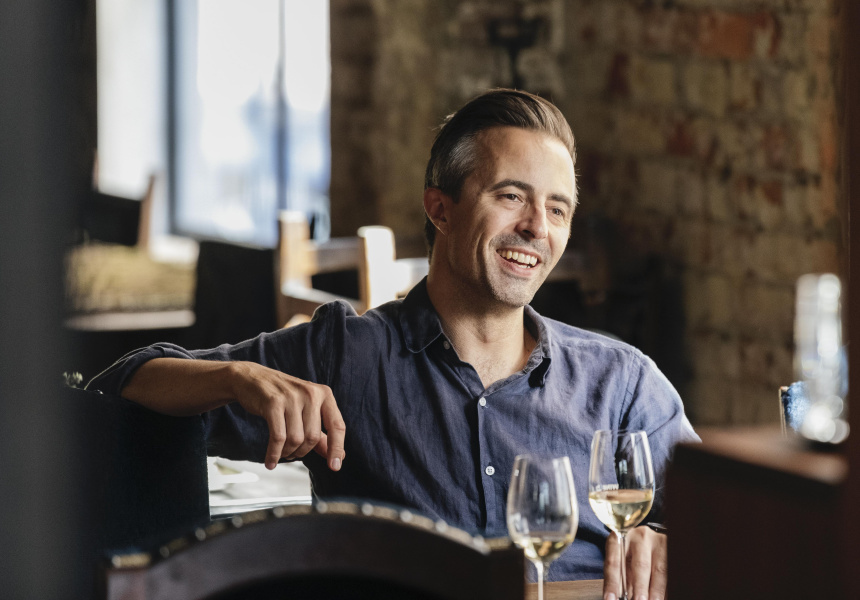 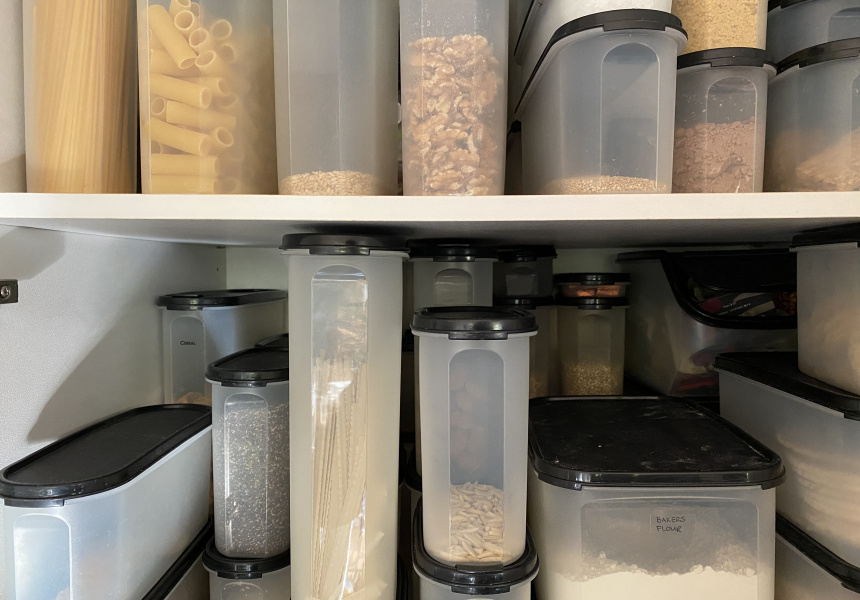 Are you tired of your pantry? Sick of standing in front of it, staring at its contents and hoping for something more interesting to materialise? Us too.

So, to find some inspiration for our next food shop and ramp up our home-cooking game, we’re taking a squiz inside other people’s.

First up was Ben Shewry, one of the country’s most pioneering chefs, followed by restaurateur-slash-farmer Palisa Anderson.

Now it’s chef-restaurateur Dave Verheul’s turn to open up his cupboard and let us peer inside.

At his Melbourne restaurants, Lesa and Embla, the NZ-born professional skateboarder-turned-chef uses clever, transformational techniques, but there’s still a pared-back element to his cooking – ultimately it’s the produce that tends to shine (case in point: this beetroot terrine).

What pantry staples can’t you live without?
Salt. It would be the worst kind of torture to live a life of under-seasoned food! I love to pick up local types while I’m away travelling. My favourite would have to be French fleur de sel from Brittany; an unrefined, hand-harvested sea salt that’s still harvested the way it was traditionally. The salt retains a level of moisture through the drying process, and the crystals have a unique texture.

Leela Roasted Curry Powder. My partner is Sri Lankan, and her mother makes the best curries I’ve ever had – hands down. Since we’ve all been in lockdown for so long I’ve really been craving her curries, so one of my projects over the past few weeks has been to try cook something that gets somewhere even close. This Jaffna-style curry powder is a powerhouse of depth of flavour, and while I’m definitely no expert, I think the main difference is that it’s hot as hell, and there’s more pandan leaf, cinnamon and fenugreek than other regional variations. I get it at MKS Spices'n Things – it's a goldmine for anything curry related.

Fix & Fogg Everything Butter. I was back in NZ last year to cook during the Wellington on a Plate festival, and a friend introduced me to this butter. I managed to bring back a few jars, but I swear they didn’t even make it to the end of the week. We’ve been making a version of it that’s quickly turned into a staple in our home; all you need is some good-quality nuts and a decent blender. We make ours using peanuts, sesame seeds, almonds, pumpkin seeds, flax seeds, sunflower seeds, chia seeds, sea salt and a little rice bran oil to help it blend. You can really use any nut-and-seed combo you like, and try toasting the nuts for a deeper, richer flavour. One slice of toast with this and you’ll realise the effort is worth it.

How do you keep things organised?
My partner seems to think that being organised is one step closer to godliness – or that she’s helping to save the world by removing every possible ingredient and placing it into an airtight container. I’m still not convinced, but in the interest of preservation, myself and the food, that’s now how I roll.

What’s something just taking up space – you’re not sure what to do with it, or it just hasn’t had much use?
Someone (not naming names here) bought edamame spaghetti. I’m so confused. Or is it that I’m a purist? I’m all for cultural appropriation [in cooking], but I just don’t see the point of this. Maybe a little soy sauce in your bolognaise if you haven’t built enough flavour, we’ve all been there. And pretty much everything Federico [Zanellato, head chef] at Lumi Bar & Dining does to bridge the Italian-Japanese divide is excellent. But spaghetti is made from wheat, I’m sorry.

What are your go-to dishes when cooking at home?
I’m at the point these days where I can smash out a great carbonara for the kids in roughly 12 minutes, but at home I mostly enjoy cooking as slowly as possible. Everything to do with work is food and time pressure, so it’s one of my favourite things to take time to cook, preferably with a glass of vermouth close by. I try to mix things up as much as possible, but I always come back to the big, warm, rustic flavours of Italian, the Mediterranean and North Africa at home. So lots of vegetables, pastas, warm grain salads and soups at the moment.

What item is a simple shortcut to making something really special?
Flour. It’s probably the simplest yet most versatile thing in the whole pantry, and like everyone else I’ve been baking a lot at home while on this forced vacation. I’ve had the same bread starter going since we opened the Town Mouse seven years ago, and it’s a hell of a lot more fun making bread every other day to keep your starter alive than feeding it endlessly. I really think that we should all bake our own bread at home. Once you get the hang of it, it really isn’t that difficult or time consuming, and it’s so much healthier than the absolute rubbish you buy at the supermarket. Here’s a great recipe for simple sourdough at home.

Is there anything that’s become a new staple for you, something you’re cooking with more now than before?
I’m completely obsessed with a Japanese condiment called taberu rayu. It’s a chilli oil paste made with sesame, onion, garlic and almond. It’s not too spicy so it’s really versatile, and all the ingredients are fried, which gives it an incredible texture. I’ve even added it to pasta, which does a hell of a better job than the edamame “spaghetti” does in bridging the cultural divide! The only problem is finding it, as it sells out so quickly. I get mine from Fuji Mart. 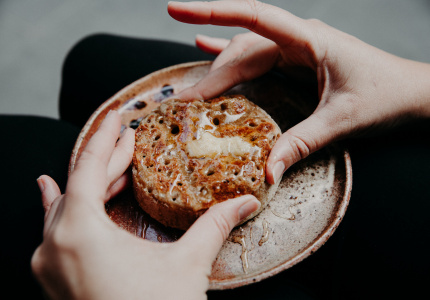 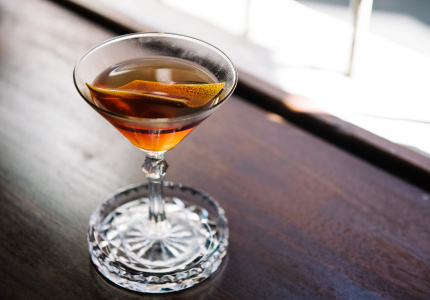 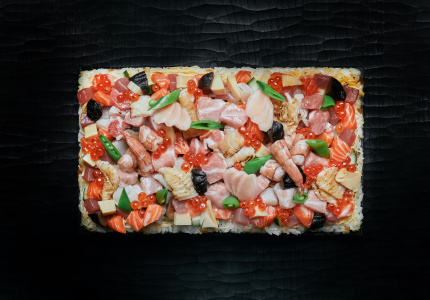 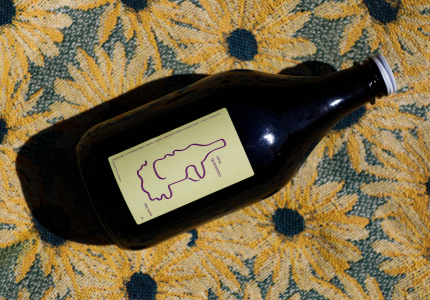