Turns out one of the most pioneering chefs in the country has “the worst pantry known to mankind” and is addicted to a $4 condiment. 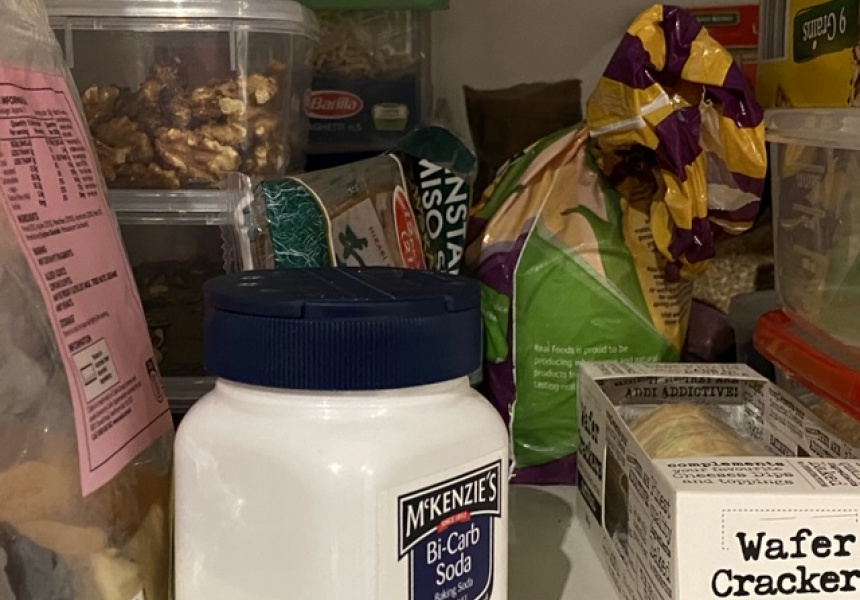 Are you tired of your pantry? Sick of standing in front of it, staring at its contents and hoping for something more interesting to materialise? Same.

Same cereal, same crackers, same dried chickpeas, same apple-cider vinegar that’s retreated (along with its purported health benefits) to a dark corner in the back. Same seaweed sheets left over from an ambitious sushi-making endeavour. Same everything.

To add a bit of inspiration to our next supermarket shop and home cooking, we’re taking a voyeuristic squiz at some other pantries around the country.

First up is Ben Shewry, one of the country’s most pioneering chefs, whose fine diner Attica is currently operating as Attica at Home.

Here are the items he can’t live without – his pantry staples, his at-home go-to dishes, and that one pantry item (we all have one) that’s really just taking up space.

What are three things in your pantry you can't live without?
Frank’s Redhot Original. My girlfriend Kylie introduced me to it about a year ago and I’ve been addicted ever since. It’s good on almost everything! But if you soft boil an egg, peel it, halve it and be liberal with the salt and Frank’s on the cut side, you’ll be in heaven. I kid you not.

Megachef Premium Oyster Sauce. It’s the best oyster sauce, period. And oyster sauce is an excellent sneaky seasoning when used in small amounts – in lots of things. Think a dash at the end of that pepper sauce you’re making for your steak. Not so much that you know it’s there, just a touch, to bring the savoury force. Your imagination is the only limitation.

Salt. Salt freaks my parents out. Well, my use of it anyway, in a “that’s way too much” kinda way. But hey, Mum and Dad, who does this cooking thing for a living? Basically, without it you got nothing. It’s been said (by me) that a pantry without salt is like a disco without music.

What’s your system for keeping things organised (if you have one)?
Honestly, I have the worst pantry known to mankind. I’m convinced it was designed by aliens. And those aliens could not have made it harder to keep tidy, or organised or clean. My advice is this. One: never allow aliens to design your pantry. And two: don’t sweat it if your pantry isn’t as perfect as the perfectly perfect pantry you just saw on Insta. I mean, those people are paying other people to organise their pantry. Where is the fun in that? They’re missing out on the most fundamental part of owning a pantry in the first place – that it should be like a wild jungle and you should be like the intrepid flavour explorer, on an adventure to discover new tastes.

What’s something just taking up space – you're not sure what to do with it, or it just hasn't had much use?
There’s nothing that I’m not sure what to do with – I can cook the shit outta anything. And I don’t ever buy food that I don’t intend on cooking. But there is one thing that springs to mind: Old Bay Seasoning. That’s in my pantry and it’s a bit lost on me. I’m sorry, fine people of Maryland, but I’m not down with it. I find it a bit abrasive in its taste – like Lynx on my teenage son. I mean, I guess you could sprinkle it on hot chips.

What are your go-to dishes when cooking at home?
Right now it’s soup. Soup is like that old friend, familiar and trustworthy. A constant companion. And the beauty of soup in this age is that it can almost be made for free, from things already in your pantry and your fridge. Or from just your pantry. Or just your fridge.

Trust me, even if you think you don’t have any food left, there’s still enough to make a modest soup. You got water, don’t you? Well don’t give me any “I can’t make a soup” talk – you can. Last week I made a soup from a gnarly piece of “semi dried” ginger I found in my pantry, some “air dried” corn I found under the carrots and lettuce in the bottom of my fridge and that roast chicken carcass I remembered I’d frozen. Literally tasted like a million dollars. And I ate it for lunch at Attica three times this week.

What's one everyday item in your pantry that can be turned into something spesh?
Love. Sounds corny right? Hell no – all good cooking comes from the heart. Go into your kitchen with the right intentions and with as much heart as you can muster and smash it out of the park. The people will vibe on your energy and will love you for the passion that you’re expressing. Be confident with it. Your swagger will help smooth out any “flaws”.

And oh, my rule is this: there’s no such thing as bad home cooking – only ungrateful recipients. Don’t wear it, not for a minute. Confidence is key. Go forth and kick arse in your pantry and kitchen.

Is there anything that’s become a new staple for you, something you’re cooking with more now than before?
I think this situation is more about working with what you have, scratching to every corner of that pantry to use what you do have, rather than going out and buying new stuff. That said, there were couple of days where I was developing a chocolate cake for our at-home menu, and it was impossible to go out and buy the correct size cake tin, so I improvised by emptying a large 800-gram tin of tomatoes and using that. It was the perfect size for a cake for two people. This led to me needing lots of 800-gram tins. So right now, there’s a bunch of random stuff in tins like beetroot, peaches and crushed tomatoes! 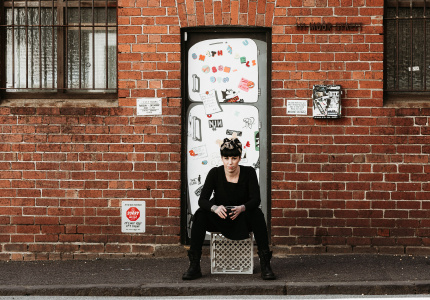 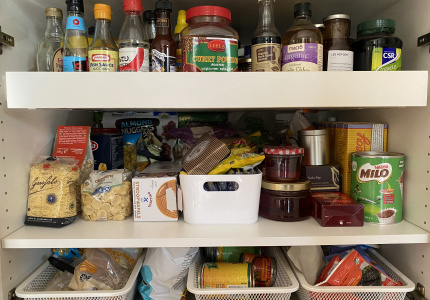