Restaurants, bars and cafes have been there for Australia our whole lives. Let’s return the favour. 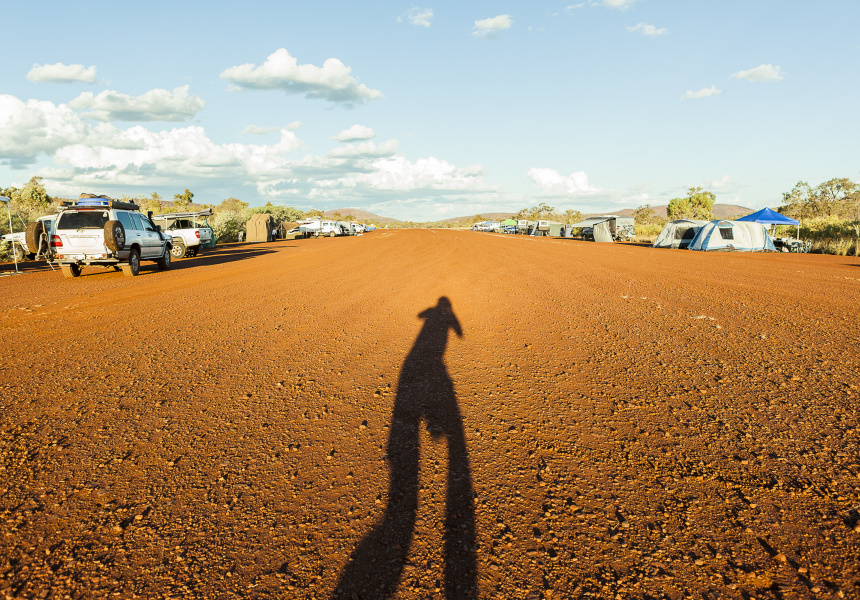 Remember the time your parents had your birthday at the local skate rink? There was a DJ. There was fairy bread. There was a pink, white and brown ice-cream cake. There was a high-school kid on staff who was there mostly to hit on other high-school kids. But, when it was time to cut the cake, said waiter joined your friends to sing you happy birthday, clap, cheer, pour Fanta and help make a freshly minted eight-year-old’s day that little bit more special.

Remember the first time you went to a restaurant, chose what you were eating and paid for your own food? Remember how grown-up it made you feel, even if that restaurant was a Macca’s in the city and your ticket to – ahem – adulthood was a large Big Mac meal plus a 50-cent cheeseburger.

Remember when you were a student and needed work that fit in with your timetable? Gee, pubs and fast food joints sustained a lot of Australians during our early 20s, didn’t they? Some of us loved the work so much we kept at it, became masters of our field, and made hospitality our – quote-unquote – “real job”. But even if our time in the kitchen or behind the bar was only fleeting, it was long enough to learn important life lessons that you won’t find in textbooks or lecture theatres (not least that someone who treats waitstaff badly isn’t the sort of person you need in your life).

Remember the time your social club put you in charge of organising a work dinner at that cool new restaurant in the city? Despite your best efforts to let the restaurant know about everyone’s dietary requirements, the new guy in accounts forgot to tell you he was vegetarian and lactose intolerant (“but sometimes ate ice cream”) and sprung it on you – and the restaurant – on the night. Not only did your waiter smile and take it in her/his stride, the kitchen did too, remixing the fish and beurre blanc on-the-fly to save the day.

Remember that time you were out with friends, ordered one round too many and needed some ballast to take the edge off before going home? Chinatown and its throng of late-night lazy-Susan joints saved the night by way of lemon chicken, char kway teow, “Asian greens” with oyster sauce and never-ending pots of tea. Not all heroes wear capes.

Remember the time your sporting club needed a new net and uniforms, and you hit up a local family-owned restaurant for sponsorship? How despite the questionable return on investment and limited – to borrow a piece of influencer speak – “reach” of your proposal, they somehow said yes, largely so they could help make someone in their community happy?

Remember that time, just weeks ago, when Australia was burning and hospitality people all over the country – in the city, in the regions, in communities on the frontlines of the fires – mobilised and organised dinners, barbeques and picnics to raise money for those doing it tough? The way they ignored their already wafer-thin margins and verily said, “Fuck this, we haven’t forgotten about you. We’re in this together.”

Remember all those times – the hundreds or even thousands of times – restaurants, bars, cafes, wineries, breweries, distilleries and the people who make them and the entire hospitality industry tick were there for you, for us, when we needed them? When we were celebrating or commiserating, or when we just needed a space to catch up and connect with family and friends.

The above memories may have been my own, but they’re universal enough to have been plucked from just about anyone’s life. For as long as I can remember – even before it became my job – hospitality has been a part of my life. Just as it’s been part of every Australian’s life. It’s almost impossible to imagine life in Australia without cafes, local bars and restaurants for that big night out. Yet that’s precisely what we’re staring down the barrel at right now.

Earlier this week, the government announced some of its most severe measures to combat Covid-19. Chief among these was the decree that, as of midday on Monday, cafes, restaurants and bars – and many other places where people come together – around Australia would close, limited to takeaway and delivery only. For businesses that make the bulk of their money from bums on seats, a purely takeaway/delivery model, while better than no cash flow at all, is unsustainable.

Operators around the country are racking their brains trying to think of new business models that work for them, their employees and their suppliers. Any solution, I’m certain, will hinge on us as eaters and consumers – on how fluid we can be in our eating and drinking habits.

“If Australia’s going to get through this pandemic over the new few months, we’re going to have to change the way we live,” said Brendan Murphy, the government’s chief medical officer, about the lockdown measures.

This advice is applicable to anyone who loves to eat and drink. If we want Australia’s hospitality industry – even just a fraction of it – to survive the ride, Australia is going to have to, at least temporarily – perhaps permanently – change the way we eat and interact with restaurants, bars, cafes, and any member of the hospitality industry who’s daring to say, “We’re not rolling over without a fight.” With anyone who’s continuing, however they can, to trade and to keep people employed.

Over the next few weeks and months, please remember this country’s bars, restaurants and cafes. Buy milk, bread, eggs and other basics from your local corner store or your favourite restaurant-turned-boutique grocer rather than the supermarket. Try to “eat out” once a week – that is, order takeaway from one of the local restaurants trying to stay open, and eat it on the couch. Support the little guys – the local, independent bottle shops that support the local, independent brewers, winemakers and distillers – when you’re stocking the drinks fridge. They need our support more than ever.

I write this not as a – quote-unquote – “food writer”, but as a lifelong fan of hospitality and eating. As someone who collected free recipe cards from the supermarket as a kid so I could learn how to cook. As someone who delivered pizzas and worked as a “sandwich artist” during uni. As someone who based his dining decisions on the vouchers in each year’s Entertainment Book. As someone who thinks sharing food, drink and ideas with other people is one of life’s true pleasures and something that separates us from the animals. After all, where else are we going to celebrate when all this is over?

Max Veenhuyzen is an acclaimed Australian food writer, and editor-at-large of Broadsheet Perth.