Share grilled southern rock lobster doused in lemon, spaghetti with Goolwa pippies and a round of Palomas. But save room for the Milk & Honey gelato topped with salt and olive oil. 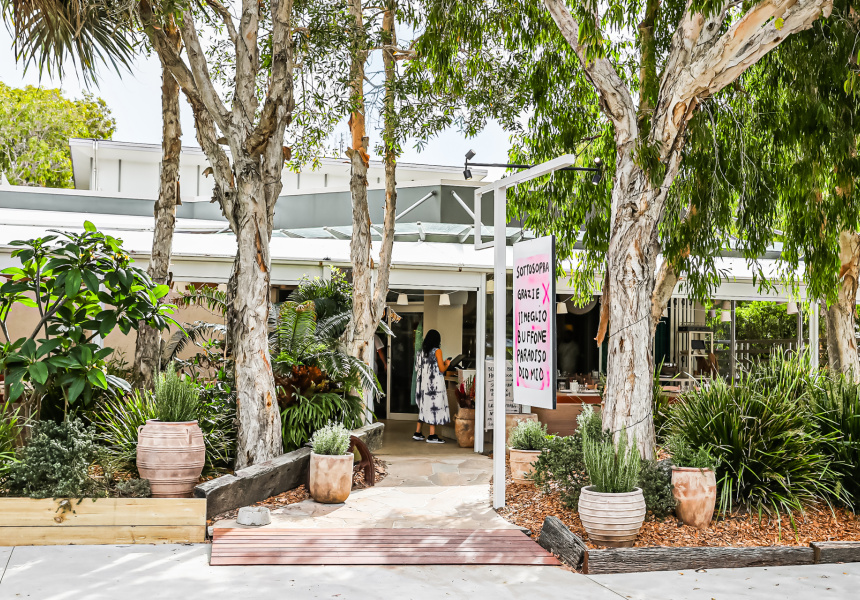 The Sydney restaurateur behind Bondi’s Icebergs Dining Room and Bar, Cicciabella and recently awarded world’s most sustainable bar Re– has opened his first venue in Byron Bay.

Maurice Terzini has had his eye on the Northern Rivers coastal town for a couple of decades. When a site popped up near Belongil Beach (one of Terzini’s favourite spots) he jumped at the opportunity.

Belongil Beach Italian Food is suitably laidback and, as with most of Terzini’s venues, it's family friendly. Paddington-based interior designer George Livissianis has chosen pastel pink chairs and tables to bring a playful lightness to the space. And the dining room is open to the elements, for catching that beachside breeze as you sip Palomas and watch the daylight fade.