One of Australia’s Best Bars, Cantina Ok!, Has Bottled Up a Sparkling Margarita Seltzer, Just in Time for Summer

Seltzer Ok! uses mezcal, fresh orange peel, lime leaves and a touch of salt to reinvent the classic cocktail. “Imagine if Solo made a limited-edition Margarita with Cantina Ok! and Tio’s.” 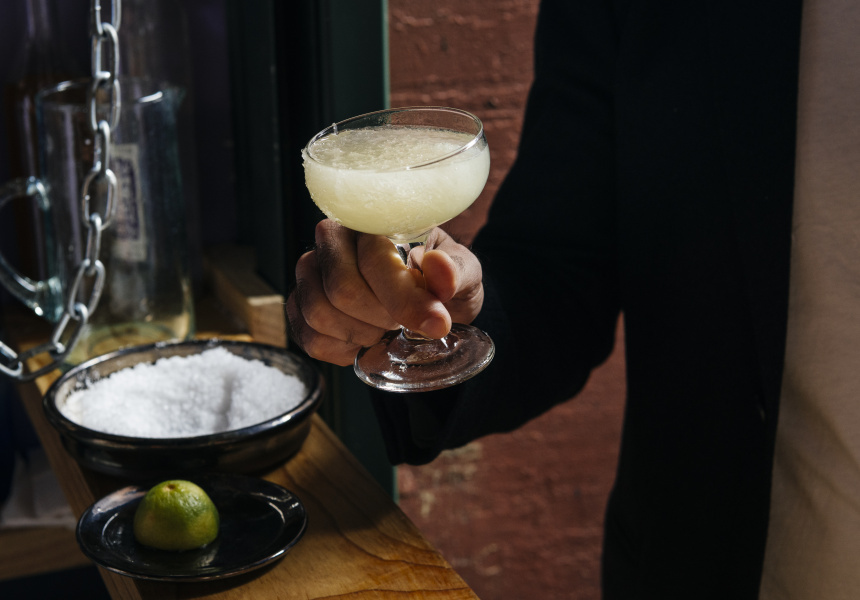 Cantina Ok! has continued its foray into the hard-seltzer scene by launching a sparkling Margarita, Seltzer Ok!. The tiny 20-seat Sydney alleyway cocktail den – one of the best bars in Australia as voted by The World’s 50 Best Bars awards – specialises in rare spirits from Mexico and, according to Broadsheet national editor Sarah Norris’s selfless, two-year search, it makes Sydney’s best Margarita.

“What makes it so extraordinary is it’s well-rounded (as all fantastic cocktails should be), deliciously cold, doesn’t make your mouth pucker and doesn’t taste like you’re being slapped across the face by booze.”

The bottled stuff is made with macerated fresh fruit, such as orange peel and lime leaves, with imported mezcal to recreate the classic zesty cocktail. There’s even a dash of salt for salt-rim fans, and of course, a splash of soda water so it becomes a hard seltzer (here’s an explainer if you need to learn more). The result? A refreshing drink with a fun sour kick that isn’t overwhelming or sickly sweet.

Last year, the team (which also own Tio’s Cerveceria) released a limited-edition Margarita hard seltzer tinnie with Grifter Brewing Co. It was a hit, but this time around the they’ve struck out on their own to produce it.

“Imagine if Solo made a limited-edition Margarita with Cantina Ok! and Tio’s,” is how the team describes it. “We set out to make a drink that had soul. [Seltzer] is a bit of a buzz word, but we really wanted the seltzer to have character and an identity. We wanted people to have a hand-crafted experience.”

Seltzer Ok! is available nationwide through Drnks and P&V Merchants. It costs $24 for a four-pack or $100 for a case of 24 bottles. Each bottle of the cocktail-seltzer hybrid holds 330 millilitres at 4.4 per cent ABV.