A High-Concept Twist on Chinese Takeaway Bounds Into Broadsheet Kitchen

A former meat pie master pays homage to the suburban Chinese cuisine he idolised in his youth – with a twist. Nostalgia abounds. 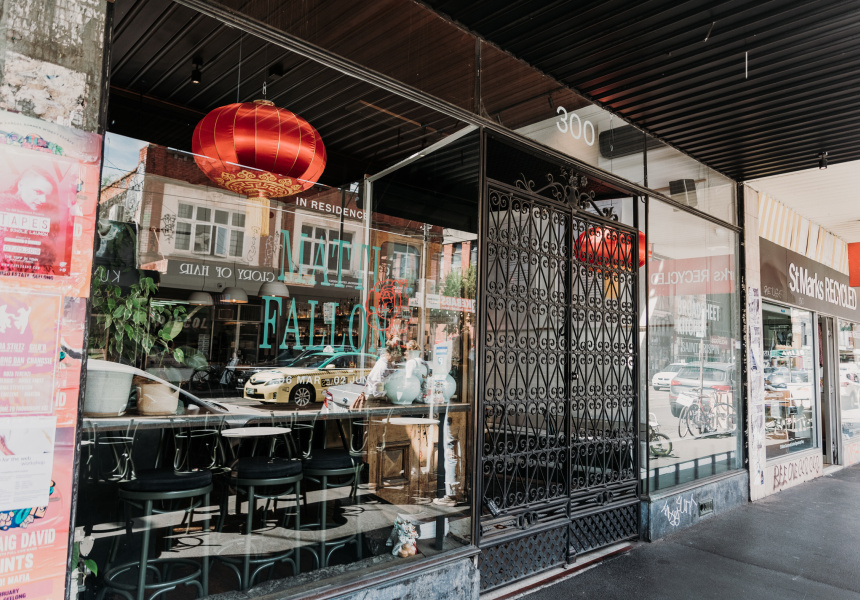 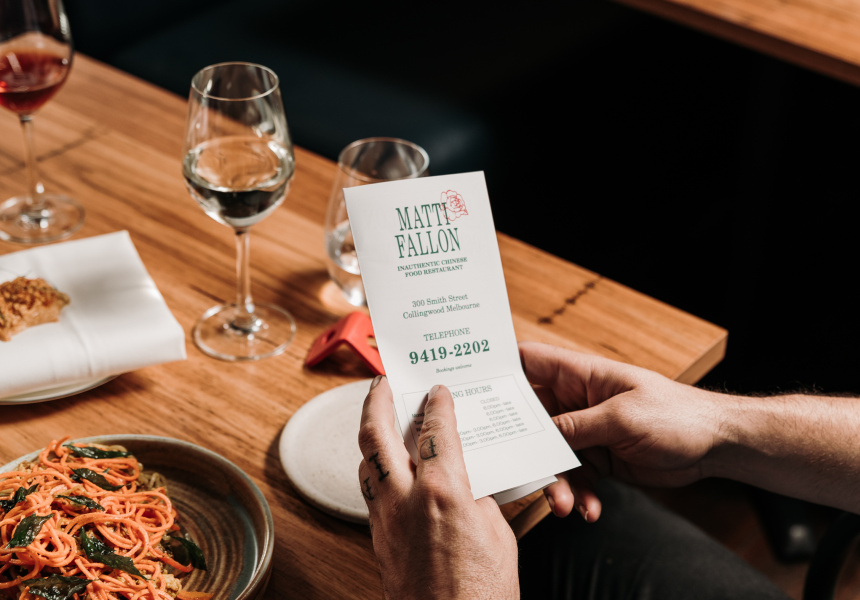 One of our nation’s most Aussie-fied cuisines – suburban Chinese – is being given a nostalgia-laced makeover. That’s the concept behind the latest three-month iteration of Broadsheet Kitchen under the direction of new resident Matti Fallon. The residency-based concept kitchen, in Scott Pickett’s beloved Smith Street eatery Saint Crispin in Collingwood, puts industry up-and-comers in the driver’s seat to incubate their culinary dreams and find out what it takes to run a high-end restaurant.

Teaming up with Saint Crispin head chef Stuart McVeigh, Fallon is winding back the clock with a twist on the Chinese dishes he remembers fondly as a rare luxury when growing up in the ’90s on the Mornington Peninsula.

“We never really had any money, so it was a big treat for us to go down and get Chinese food,” he told Broadsheet earlier this year. “So I’m not going into this thinking I’m some kind of authority on Chinese food in any way, shape or form. It’s all about learning. I want to recreate from memory the same experience and put my own twist on it.”

That take is evident from the get-go. Fallon’s play on classic lemon chicken is less a twist and more an artful reduction – instead of a deep-fried piece of battered chicken smothered in tart lemon syrup, Fallon simulates the experience with a snack-menu opener of bite-sized crispy chicken skins, pasted with a light, zesty lemon sauce. It leads an entrée list that includes prawn crackers with Chinese togorashi, the “Bang Bang” chicken milk bun, and pork and chive dumplings with crispy chilli and black vinegar.

On the medium menu there’s barbequed sweet and sour lamb ribs – my serve was evenly lacquered with sauce and literally falling off the bone. It comes served with garnished slices of pickled cucumber and roasted peanuts. A few droplets of sauce splotch onto my takeaway-style menu. Which – alongside the optional set of knife and fork – speaks well to Fallon’s vision to meld low and high atmosphere and cuisine. The dimly lit, stylish space – festooned with red silk lamps – paired with the gently sauced menu helps to achieve this too.

Another dish contextualising Fallon and McVeigh’s low-high concept is the San Choi Bao. A classic that typically involves servings of spiced minced meat cupped inside lettuce, Fallon’s take is totally deconstructed. Each element is broken apart – think cubes of Shanghai pork instead of mince; cos rather than iceberg lettuce, and fermented chilli and bean shoots on the side.

For mains, succulent and delicious Kung Pao baby chicken lives up to its onomatopoeic name with whole (and darn hot) dried chillis, peanuts and a punchy sauce. It’s best paired with another menu highlight: Fallon’s special fried rice, with thick slices of omelette, cubes of barbequed pork, spring onion and, for an additional price, Moreton Bay bug. Other mains include the beef brisket with black bean, fermented garlic and Chinese broccoli; XO clams with garlic shoots and spring onion pancakes; and a veggie option – mapo tofu with shiitake, snake bean and saltbush.

Like many, I have my own fond childhood memories of celebratory family meals at my local suburban Chinese haunt. While Fallon makes necessary departures on most of his dishes, it’s nice to see a few remain true to their visually gaudy origins.

Not least of these is the deep-fried ice-cream – a popular staple of Australian-Chinese cuisine. Tonight’s has sparked clamorous debate around the lazy Susan about how they keep the ice-cream so cold, followed by dumb silence when we start eating. The Kitchen’s version – rich with butterscotch sauce – makes it essential.

Matti Fallon’s residency at The Broadsheet Kitchen is open now and runs until June 2. Book now.