The South Australian distillery’s zesty gin – one of Australia’s first made with oyster shells – was created to complement the fine-diner’s seafood dishes. With shells from Kangaroo Island, and mixed with native coastal botanicals, it goes well in a bone-dry Martini and with a freshly shucked oyster on the side. 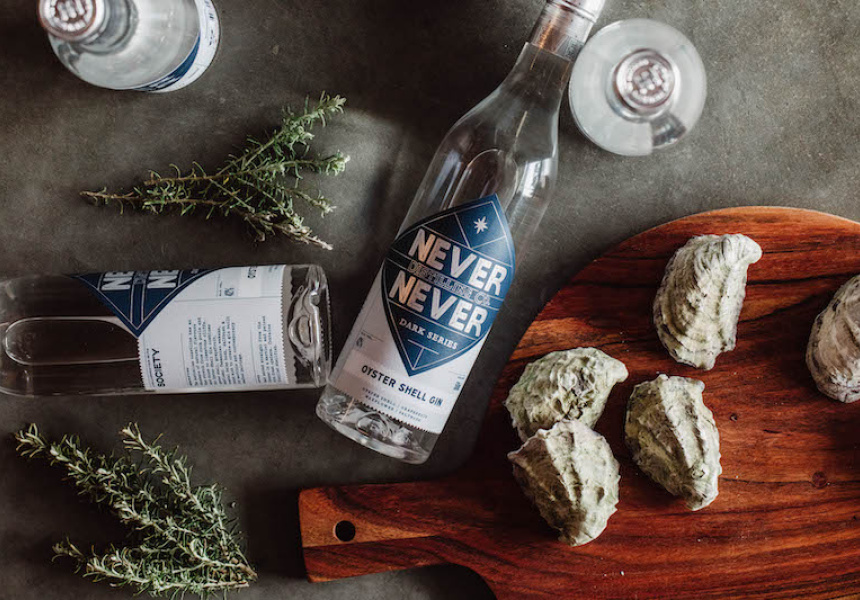 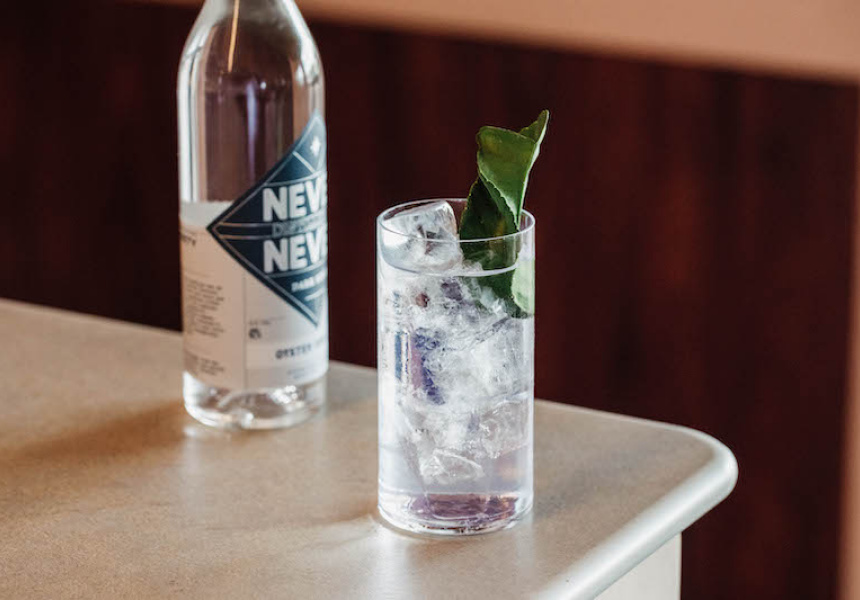 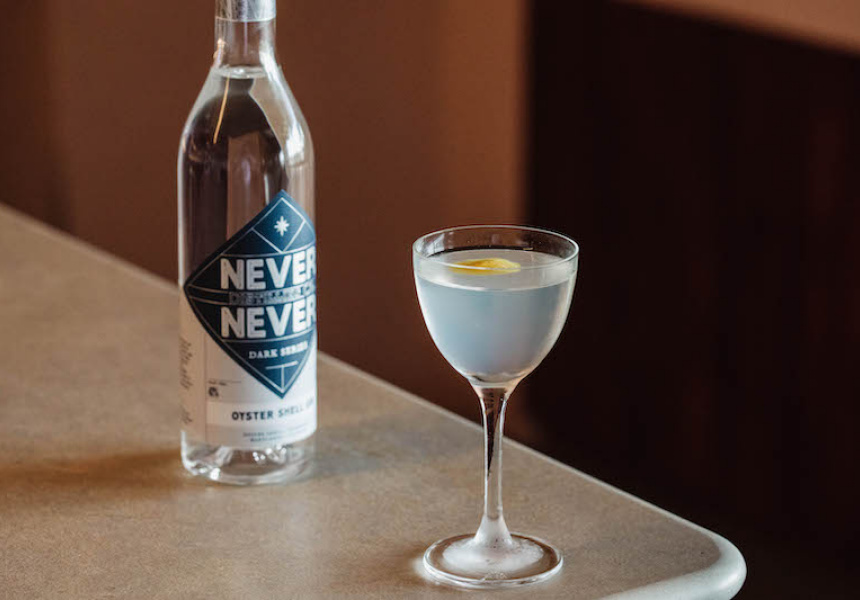 It’s not every day you hear a serving suggestion that involves sloshing a nip of gin into a chilled oyster shell, then knocking it back as you would a briny, unctuous oyster. But that’s exactly what Sean Baxter from Never Never Distilling Co suggests for the South Australian distillery’s latest creation, Oyster Shell gin – a liquid collaboration with Chris Lucas’s anticipated fine diner, Society, which opened in Melbourne this year.

“When the opportunity came to make a gin for a seafood restaurant of the calibre of Society, I knew that we needed to push the envelope and do something that was really unique,” Baxter tells Broadsheet.

The result is one of two oyster shell gins currently available in Australia, crafted as an exclusive pairing for Society’s seafood dishes (a third oyster shell gin is being released soon). It’s a creamy drop with a subtle saline character and a coastal botanical profile of saltbush, waxflower, marsh grapefruit and dried Tasmanian wakame. A lengthy finish packed with salt, pine and citrus notes makes it ideal for stiff drinks, and a real winner in a dry Martini.

“The whole point of the product was that it was an expression of the coastline down here,” says Baxter. “We were very close to calling it ‘Sand Dunes and Salty Air’ after the Groove Armada hit. But we decided to go with something a bit more obvious. We didn’t want to catch anyone who had a particular aversion to oysters.”

Even if you are oyster-adverse, only a small amount of the molluscs were used to create the liquid. Around 100 shells wound up in the batch, which the distillery sourced from nearby Kangaroo Island. But really though Oyster Shell is rousingly good with a plump, freshly shucked Pacific. And it wasn’t just made with an oyster-eating session in mind – Baxter says it came about after they had eaten a bunch.

“We had an event where we consumed the oysters, and then the remaining shells were processed straight after that. They were super fresh,” Baxter says. “Once they’ve been consumed and cleaned, they’re steeped in neutral alcohol and that takes on a bit of flavour, then that neutral alcohol is distilled in a pot still. You end up with this incredibly mineral-forward [gin], with a little bit of salinity and that mouthfeel oyster shell gins are so well known for.”

While it’s just an idea for now, Baxter says there’s room to incorporate a sustainable element to the gin by using discarded oyster shells from Society in the distillation process (the decadent serving suggestion above is one way to upcycle half a dozen shells at home).

A Paloma or a Salty Dog cocktail are both great ways to enjoy this gin. But Baxter also highly recommends the Gin and Sonic – a Japanese twist on the G&T comprising equal parts soda and tonic water – to emphasise the gin’s botanical profile: “It brightens it up, it’s quite fresh and zesty,” he says. “Waxflower is this incredible Australian native that has an almost lemongrass or makrut lime-leaf character to it … you’ll notice that brightness. It works really well when you garnish it with a lime leaf.”

Never Never Distilling Co Oyster Shell gin is available exclusively at Society in Melbourne, or via the distillery’s website, for $75.