A healthy disregard for tradition and a wealth of native ingredients has seen Australia emerge as one of the world’s most innovative gin producers. In partnership with the Drink Easy Awards, we speak to a distiller at the forefront. 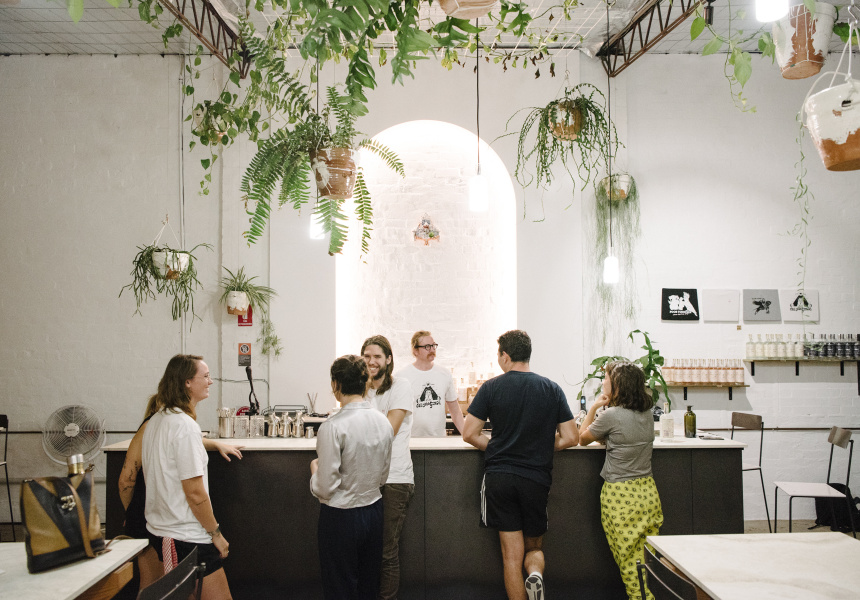 A decade ago, craft-distilled Australian gin was pretty much non-existent.

Back then, says Griff Blumer, co-founder of Marrickville distillery Poor Toms and judge at this year’s Drink Easy Awards, gin appreciation was limited to digging around for a dusty bottle from the back of the liquor cabinet to mix a G&T. “Most people hadn’t tried gin straight,” he says. “They knew only a handful of brands and they thought they all tasted the same – that London Dry style.”

Today, he says, the way we consume gin has completely changed. “Even my grandmother has gin tastings with her friends.”

Blumer, a one-time actor with Bell Shakespeare, started Poor Toms in 2015 with Jesse Kennedy, a schoolmate from Western Australia who worked in finance. What began as a hobby soon evolved into a thriving business. “It was a time when local spirits were only just starting to be recognised both here and internationally,” he says. “We had no industry experience and limited resources, but, somehow, we managed to insert ourselves into the industry.”

The fact that it was a young industry meant there was no one to tell Blumer and Kennedy if they were doing things wrong. “You could get away with doing things how you thought they should be done,” says Blumer.

Today, Poor Toms is one of dozens of small-scale distilleries to have cropped up in Australia. “There’s a new distillery popping up every day,” says Blumer. “I’ve lost count now. But there’s a lot of camaraderie in the industry where people share ideas and techniques.”

Blumer says gin has emerged in the craft-distilling scene as the premier liquor for innovation and experimentation. The classic ingredients – juniper berries, citrus, coriander seed, angelica root, orris root, cinnamon and pepper – serve as a base from which the distiller can play around with different botanicals.

Local distillers’ willingness to break with tradition means Australia has emerged as an exciting hub of experimentation. “We’re not bound by tradition,” says Blumer. “Here there’s a spirit of irreverence, which means when people set out to make something, they’re going to push the boundaries.”

Amid all this experimentation, what’s the mark of a premium gin?

“It’s whether it can make a good Martini and G&T, in that order,” says Blumer. Then the infinitely more subjective measures of drinkability and personality come into consideration. “What does it evoke? Does it remind me of something pleasant like my first kiss? Or does it remind me of getting kicked out the school formal?”

He says the team at Poor Toms is currently absorbed in the process of developing a Pina Colada gin. It shows, he says, that it’s possible to distil anything. “It’s hard to distil flavours from coconut and pineapple, but we’ve found a way,” he says. “Look out for Pina Colada Martinis this summer.”