As tempting as it may be to reach for the sugary snacks when you’re feeling a bit run down or cold, it won’t help you in the long run. In partnership with the new Twinings Live Well range, we talk to a naturopath about the best food options during the colder months. 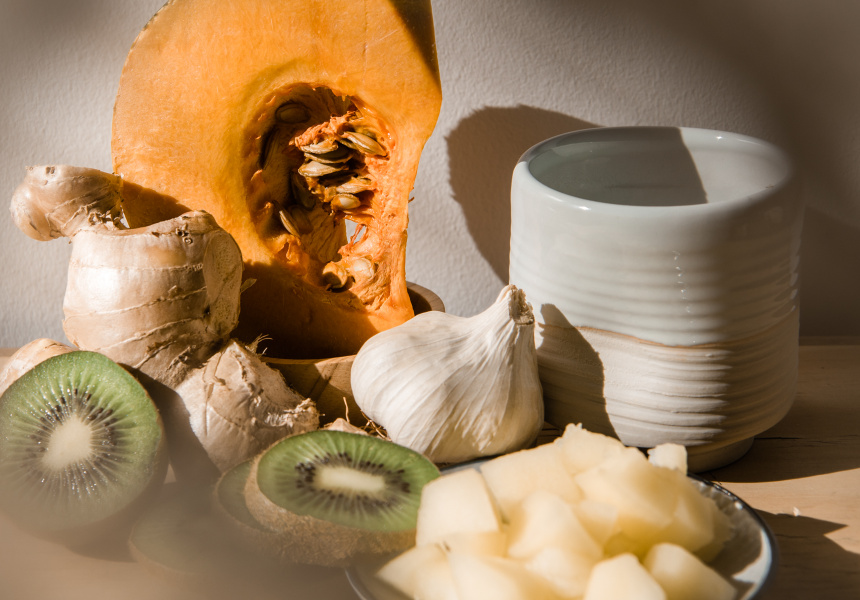 It’s that time again – when you start making wardrobe choices based on what goes with your bulkiest, warmest jacket. When your hands are sometimes so cold you can’t work your phone. Winter is a tricky season – the cold can bring frustration but also, sometimes, its own specific joy. The feeling of sliding into the warmth of flannel sheets at night. Those mornings when you wake up to the thrum of falling rain. There are many ways to adapt to winter – and one of them what we choose to eat and drink. We talk to naturopath Sarah Benna Doyle from Selph Health Studios about choosing foods that help us feel good.

Stewed apples
Doyle’s first suggestion is a winter classic – stewed apple. “It’s a good winter food because it is so warming,” she says. “You would generally stew it on the stove with some cinnamon or maybe some ginger and some other really warming seasonings and spices.” Taste and temperature are not her only reasons for suggesting this dish, though.

“Apples are really rich in a fibre called pectin, and they're incredible for your gut health,” Doyle says. Gut health, while not having the most glamourous name, is surprisingly important to overall wellbeing. Each of us has our own makeup of gut flora consisting of different microscopic organisms that impact digestion and general health. It’s a carefully balanced ecosystem, impacted by the things we eat and drink – which is why Doyle brings it up. “It’s a really good angle to take when you want to look after yourself.”

Stewed apples are also versatile. Doyle says it’s a great breakfast option that can be either made in the moment or prepared in advance and heated up and served with nuts or yoghurt or muesli, or on top of oats. It doesn’t matter which apples you choose, but her pro tip for making it is to not peel them completely. “If you're going to use two apples, maybe peel one and don't peel the other. You still get that stewed texture but you also get some of the goodness from the skin.”

Ginger
Ginger is popular when the weather cools down: it is said to be anti-inflammatory and has been used in traditional Chinese medicine for thousands of years. It also feels warm – particularly when drunk in a tea such as this Defence blend with ginger, citrus and echinacea. “Ginger as a tea is one of my favourite ways to reap its benefits when I’m feeling a bit run down,” Doyle says. “My hot tip with ginger in tea is always to make it extra strong - I am a two-tea-bag kind of person. In tea form it is much less punchy than fresh or dried in powder form.”

Pumpkin
Pumpkin soup is another winter staple – and for good reason. “You can eat it sweet and savoury,” Doyle says. So, there’s the soup option, but in her own cooking “I do a lot of roasted pumpkin with cinnamon and nutmeg and ground ginger – those really warm spices.” Another reason she suggests it is because of its colour. Like a lot of red and orange foods, pumpkin “is full of beta carotene, which is a precursor to vitamin A”.

Kiwifruit
Doyle also suggests looking for in-season foods. “Kiwi happens to be in season during autumn and winter, as well as being an excellent source of vitamin C [known to aid the growth, development and repair of body tissues],” she says. “I think eating two kiwis a day is a really easy way to make sure you're getting a good hit of vitamin C into your diet.”

Garlic
Good news for everyone who looks at a recipe’s suggested garlic amount and automatically triples it – it’s on the list and should be added to pretty much everything (including tea, “if you can stomach it” Doyle adds with a laugh). “Garlic … has a very long history of being used for its antimicrobial characteristics.” Garlic is thought to be beneficial to health in a number of ways, potentially warding off some viruses as well as having an impact on lowering cholesterol and fatty acid levels in the blood. It’s also delicious. But, it can quickly lose its antimicrobial properties when heated. So, to get the most of it, Doyle suggests not adding it to your cooking until the last possible moment. But then, how do get the full effect of the flavour if you aren’t infusing it from the beginning? “You can do both,” says Doyle. “Cook with it initially for flavour – but to get all of its benefits, crush it, let it sit and then add it to whatever you're making towards the end.”

This article is produced by Broadsheet in partnership with the new Twinings Live Well: Defence: Ginger, Citrus and Echinacea herbal infusion. 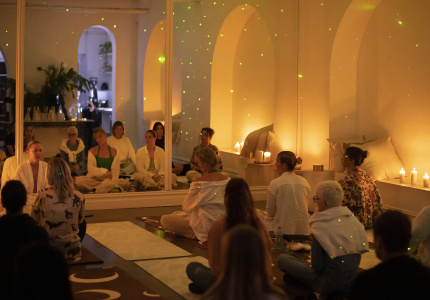 A Guide to Starting To Meditate (Without Feeling Weird) Recipe: A Turmeric and Roasted Vegetable Salad Designed to Help You (and Your Guts) Feel Good