Brewers and roasters are blurring the line between beer and coffee with surprising results. 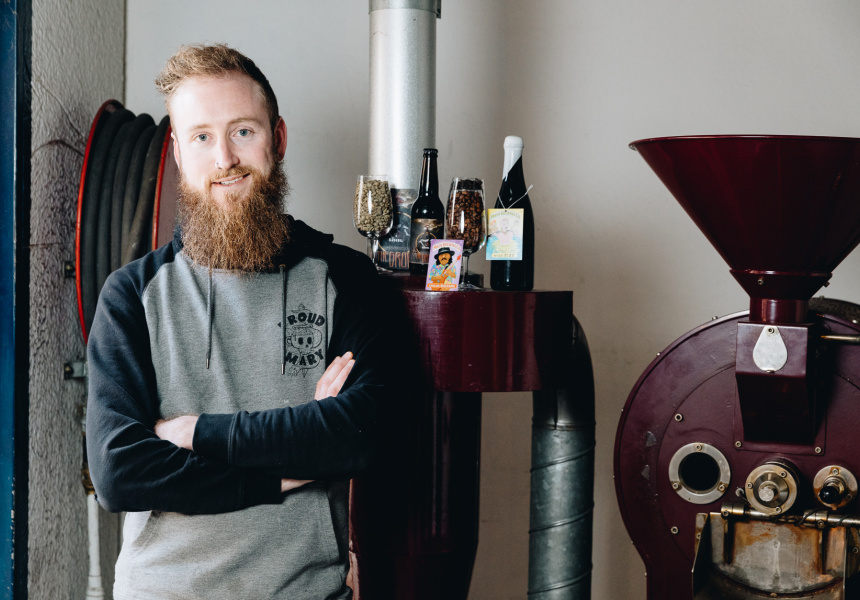 Most people wouldn’t conceive of a natural meeting point between coffee and beer. But Brendan O’Sullivan is uniquely positioned to see it.

The head brewer at 3 Ravens brewery in Thornbury, O’Sullivan also roasts coffee as a hobby. He says their pairing is surprisingly natural.

With flavours such as “coffee” and “roast” already used to describe the qualities of some darker beers, O’Sullivan says some breweries use a boost of dark-roasted coffee to amplify stouts and porters. “Those style of beers are very roast-oriented,” he says. “So the flavours are quite bitter and roast-y and intense. It’s a very easy marriage.”

Coffee notes aren’t exclusive to darker beers, however. O’Sullivan says some brewers use coffee in lighter beers, to contrast with the fruit and citrus flavours. “I have seen some people use a dark roast in a really light beer such as an IPA (India pale ale) or a pilsner,” he says. He’s also passionate about combining the subtle flavours of beer and coffee, preferring a lighter roast of coffee that is easily matched with sour and wild ales.

Recently O’Sullivan put his knowledge to the test when 3 Ravens hosted the On The Bend/On The Mend festival, inviting coffee roasters and brewers to produce blends and mixtures of beer and coffee. 3 Ravens contribution was made in collaboration with Small Batch Coffee Co. in North Melbourne, who used a coffee fruit called cascara in a Berliner Weisse (German sour style of beer). It was so successful O’Sullivan expects the fruit to be used in future experiments. “I think it’s important to explore the boundaries so you know what the limits are,” he says. “Until you do, you don’t realise how big the colour palette is and how far you can push it.”

As both industries embrace experimentation, expect to see more of this kind of collaboration, says O’Sullivan. Melbourne roasters Aviary Coffee roast their coffee at the 3 Ravens Brewery, and nearby DC Coffee regularly visits to trade coffee for beer. “Everyone’s really supportive of each other and everyone’s really enthusiastic about what they are doing,” he says.

O’Sullivan is currently toying with the idea of using beer yeast to ferment coffee, a technique that some small roasters in the USA have been trialling. He says there is no one way to do it. “No-one’s wrong,” he says. “Everyone’s taste is right. Your perspective of what coffee is and should be, and what a good coffee is, is true.”