It’s the first Aussie distillery to win this big at the San Francisco World Spirits Competition. Founder Dave Vitale says it’s “a dream come true” and reflects on a whirlwind 15 years for the local label. 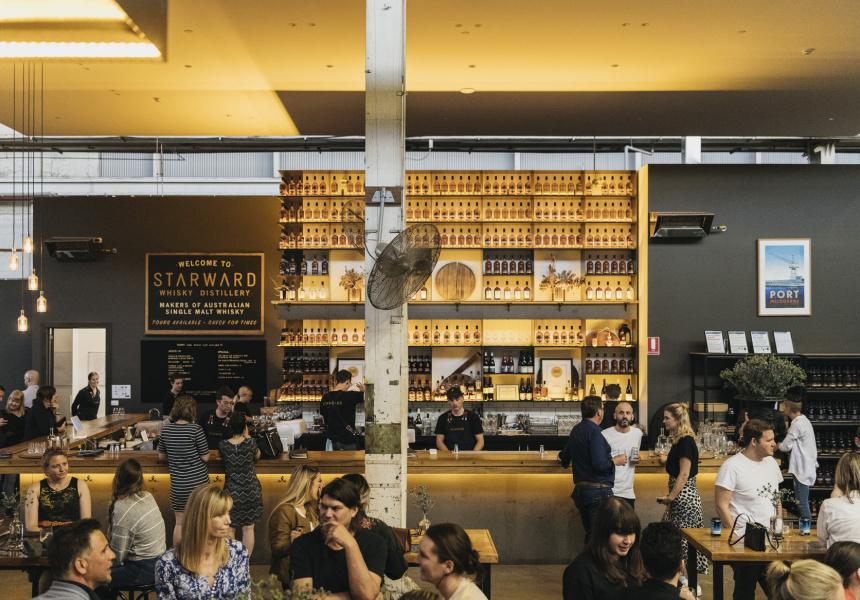 “I can still remember the moment where I thought, ‘I’m doing this,’” Dave Vitale, founder of Melbourne-born whisky powerhouse Starward, tells Broadsheet. “On the one hand it feels like 150 years ago, and on the other it feels like yesterday. What started as a craft beer passion evolved into craft whisky experimentation – and here we are today.”

It’s been a big year for Starward. Just months after clocking up 15 years, over the weekend it took out the title of Most Awarded Distillery of the Year at this year’s San Francisco World Spirits Competition (SFWSC). One of the most influential (and competitive) spirits awards in the world, it’s often considered “the Oscars of Booze”.

Of the honour, Vitale says it’s “a dream come true”. Starward is the first Aussie distillery to take the top gong in the competition’s 22-year history, beating out thousands of fierce competitors from across the globe with its 12 double-gold and three gold medals.

It’s a far cry from the early days. In 2007 Vitale decided to start making whisky, raised the capital and set up a distillery in a disused hangar at Essendon airport.

Since then, the local label has gone from strength to strength. In 2016, it opened its current home, a huge distillery, bar and warehouse space in Port Melbourne. Along the way it’s garnered a series of prestigious awards and accolades – many from the SFWSC – and last September it became the official whisky partner of the Michelin Guide.

“I don’t take this for granted,” Vitale says. “It is a very special gift we have been given. How lucky am I to have a team here who believe the vision as much as I do and keep things running here while I’m overseas?” (He now lives just outside Seattle in the US.)

“I have more front than Myers, but Starward was never about me,” he goes on. “I wanted the name to talk to the ambition of the brand and inspire people to reach for the stars and think about what is possible when you detach yourself from the past.

“Most whiskies are named after people, places or animals, but launching Starward was about the drinker, and I needed something we could connect with and have in common. For me, with my love of this city, which has the best coffee, the best craft beer, the best food, the best croissants, I thought, ‘Why not the best whisky?’ That was my inspiration.”

With ingredients sourced just a day’s drive away from the city, Vitale describes his whisky as a “love letter to Melbourne”. That means locally grown malted barley, and red-wine barrels from the Yarra and Barossa valleys – for ageing purposes. Then, harnessing the famously unpredictable Melbourne weather, the barrels expand and contract on a grand scale every day, drawing even more flavour from each one.

Fifteen years on, Vitale’s mission to democratise Australian craft whisky blazes on. He doesn’t want Starward reserved for special occasions; he wants it in your favourite bars – and in your liquor cabinet. “What was important to me was to communicate to drinkers that this is a whisky [that] will challenge the status quo. It’s a whisky made for food and a whisky you will enjoy mixing with other drinks to create something new. If we do a good job of espousing the attitude of our home town, then we are in a good place to get people who are not normally excited by whisky to be excited by Starward.”

Victorian premier Daniel Andrews is certainly on board. After announcing a major easing of Melbourne’s coronavirus restrictions in 2020, he said that rather than getting on the beers, he would be going “a little higher up the shelf”. Later in the evening, he took to social media to share a photo of two glasses and a bottle of Starward whisky.