Produced by Broadsheet in partnership
with Frank Health Insurance

Melbourne’s coffee is known throughout the world. In partnership with Frank Health Insurance, we find out how it got here and where it’s going. In 1996 Salvatore Malatesta was studying Arts/Law at Melbourne University. While there he couldn’t help notice the booming popularity of chain-store coffee shops. It struck him as a fad – their big cups and diluted drop a far cry from the espresso culture he’d grown up with as the son of Italian restaurateurs.

“Stores like Hudsons were a big deal back then,” says Malatesta. “But delicious quick coffee was rare. Coffee was all about ‘milk texturing’ and ‘crema’, which isn’t even a word you hear anymore.”

Malatesta decided to open his own cafe on campus. He called it Caffeine and it took off. So much so that by the time he graduated, the budding entrepreneur was operating 15 venues.

Caffeine’s standard order was a latte, flat white or cappuccino, and it served up to 1200 cups of coffee to students every weekday. Malatesta didn’t know it then, but he was at the vanguard of a shift in Melbourne’s coffee culture.

“Coffee had become about the brand and not the actual coffee,” he says. “So in Melbourne there was a kind of second-wave, anti-establishment movement that began. One where people thought, ‘Hang on, the coffee plant is quite special. There’s more to this.’”

Second-wave: single origin
Led by local operators like Malatesta, demand in Melbourne shifted away from the chain-stores towards specialty coffee, single origins and artisan methods of production. “Everyone started talking about single estates and “micro” and coffee had a harvest date on it,” says Malatesta.

Shepherding Malatesta through this time was Geoff Watts, founder of Intelligentsia Coffee & Tea, an American coffee-roasting company and retailer. Malatesta remembers Watts would travel to coffee farms all over the world as a buyer, which was unusual for the time. “It wasn’t the done thing to do direct business with farmers back then,” says Malatesta. “That kind of business model was disruptive because it meant it was possible to establish personal relationships with trusted suppliers. But it lifted standards dramatically.”

Watts inspired Malatesta to fly to Central America to experience the culture himself. “When you go to a coffee farm for the first time and pick cherries off the tree, you discover they’re actually sweet and delicious,” he says. “You spit out the pips and see they’re beans and realise coffee is a fruit. Of course coffee is going to taste different from farm to farm and region to region – it’s just like growing anything agriculturally.” 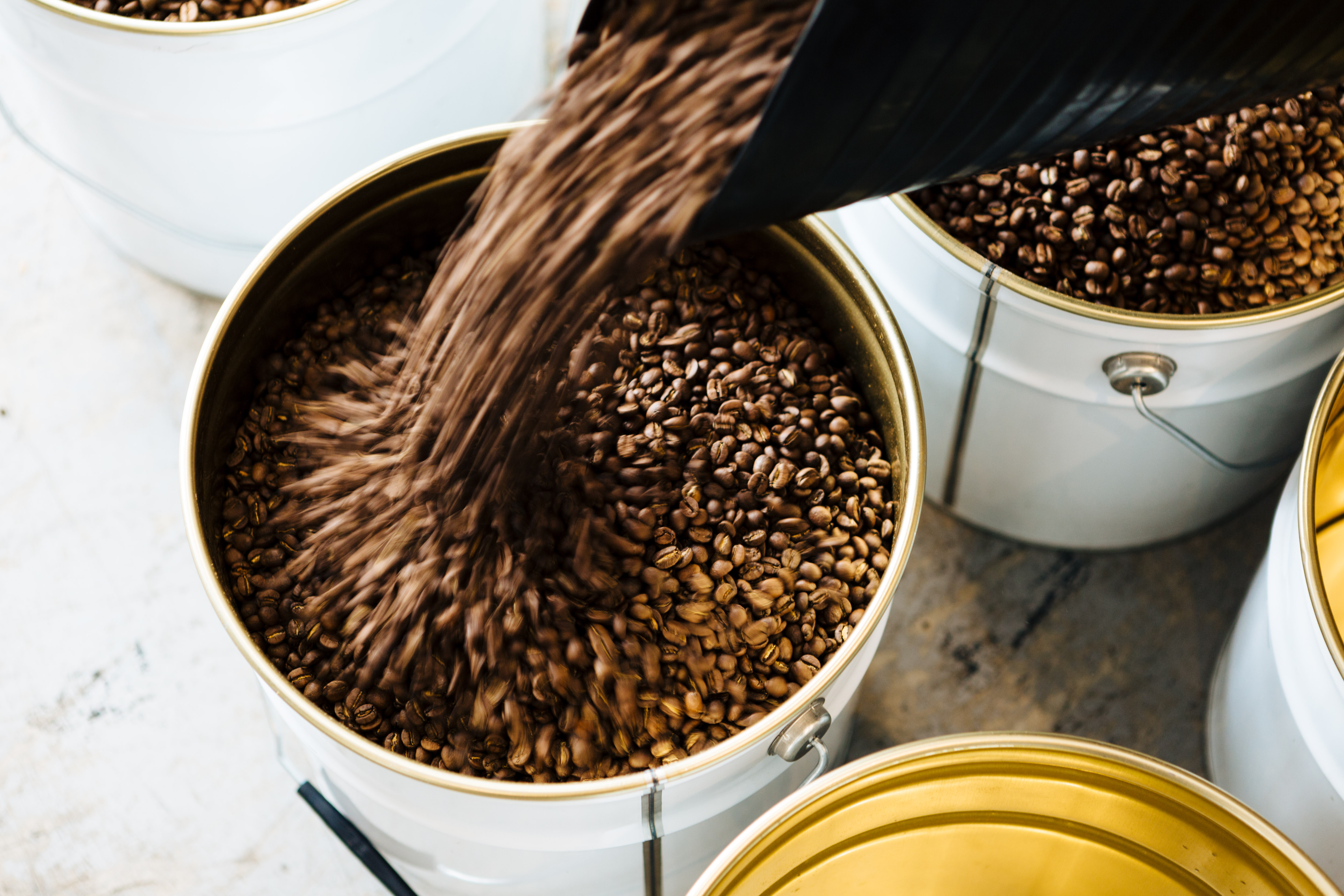 Third-wave: specialty coffee
The mid-‘00s saw new realm of education give rise to a third-wave coffee movement in Melbourne. In 2005, Malatesta opened St ALi in South Melbourne, one of the first local cafes to champion this specialty coffee. “You could even say one of the first in the world,” says Malatesta. “Big cities like London, New York, LA, Tokyo and Copenhagen – they model themselves on the Melbourne experience of coffee. We’re actually doing it better here.”

The concept of regional beans and the artisan process is now widely accepted across Melbourne. But in 2005 it was a hard pitch.

“We thought, if we’re going to fly to Costa Rica and all these different regions visiting coffee farms around the world, we need to be able to communicate it to customers,” says Malatesta. “So we set up a coffee stall in the city and took customers through a sensory journey, matching coffees to people’s profiles and asking them what their experiences of it were.”

Malatesta says there wasn’t any real science behind the “consultations”. But it worked to help raise awareness. “Melbourne began to discover coffee was more than just a commodity,” he says. “It’s so simple and yet it has a tapestry of flavours and can be paired with so many other ingredients for different experiences.”

What happens now?
Tim Varney is the community director at Bureaux Collective, Australia’s first shared coffee-roasting workspace, Mimicking the popular shared-space model, it’s a dedicated roasting space in the back streets of Cremorne that Melbourne cafes can access along with assistance to operate world-class coffee-roasting machinery.”

“We’re putting the power in the hands of the smaller guys who don’t have the time, money or facilities to establish a roaster themselves,” says Varney. “With our expertise and resources we help them roast their own blends.” 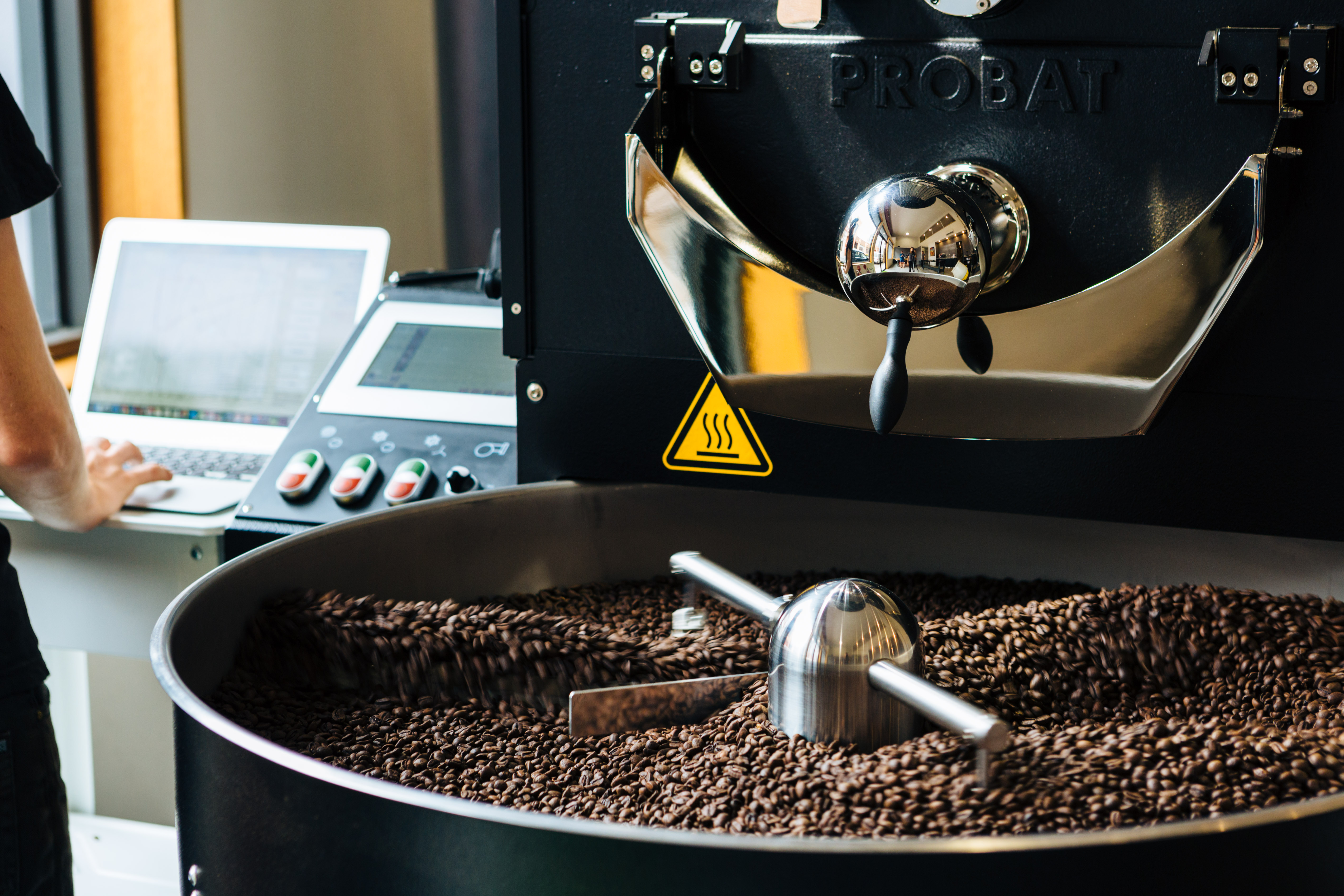 Varney brings to the Bureaux Collective two years experience with Small Batch Roasting Co. as a green-coffee buyer heading quality control and sales. Along with business partner and CEO, Tim Williams, he also runs the World AeroPress Championship, which now operates in 60 countries. But it was his time away in Oslo and Norway – where he learnt from Norwegian coffee master, Tim Wendelboe – that highlighted Melbourne’s shifting attitude to coffee.

“When I moved back here, the reoccurring theme I noticed was as soon as a cafe produced its own house coffee blend, it would always be in higher demand than the external supplier beans,” says Varney. So he and Williams decided to use their experience to encourage it. “Our idea was to provide the tools, the training and expertise to allow people to get a foothold into roasting without going through the expenditure.”

The Bureaux Collective opened in 2016 and is already having an impact on Melbourne’s coffee scene. “We’re helping change the mindset that it’s not a wild idea to roast your own coffee,” says Varney. “It’s actually very attainable. And with a greater range of coffees available, consumers will get a better sense of what they prefer as well as what goes into the process.”

What happens next?
With consumers highly educated on beans and blends, St. ALi’s Malatesta thinks the focus in Melbourne coffee culture will turn to the specialty barista.

“Technology is going to disrupt Melbourne’s coffee with robots and machinery taking out some of the menial processes such as weighing the coffee,” he says. “But what drinkers want from a barista now is similar to a wine sommelier: to share knowledge, information about the region and the experience. I think baristas with increased coffee knowledge will be appreciated more and more.”

This article is presented in partnership with Frank Health Insurance. Life can be complicated. But not the flat white and not Frank, the easiest health insurance in Australia.

Produced by Broadsheet in partnership
with Frank Health Insurance
Learn more about partner content on Broadsheet.