He’s spent the past eight years watching Australia’s dining scene (and Broadsheet) evolve. He knows what it takes to make a mark. 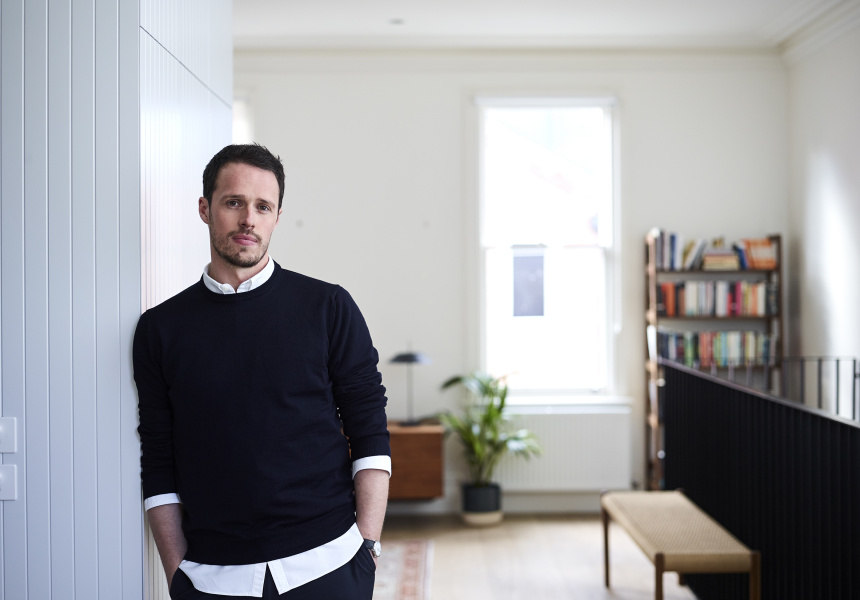 We’ve put together a judging panel of five for the Broadsheet Kitchen, and we looked close to home for one of them: the person who cooked up the idea in the first place.

When Nick Shelton started Broadsheet in Melbourne, his home, more than eight years ago, the one-man website (and its handful of contributors) had an active audience, but Shelton never imagined it would grow so large. Now the nationwide cultural publication helps drive the conversation around food, art and culture in this country.

Since 2009 he and the Broadsheet team have built not only a wide-reaching publication but a recognisable brand that helps readers navigate, understand and get the best out of their cities both from their computers and in the real world.

Next up is the Broadsheet Kitchen. From Broadsheet's earliest cafe pop-up to a rolling 12-month venue, this is Shelton’s most ambitious project yet.

“I felt that Broadsheet had an opportunity to build a platform for new ideas and concepts,” says Shelton. “Something that not only gives young chefs and aspiring restaurateurs a place to get their start, but an opportunity for the public and Broadsheet’s readers to be involved in helping define the future of Australia’s dining culture.”

Shelton’s career has seen him at the helm of a groundbreaking city guide that has helped document the evolution of Australian dining during one of its most formative eras. He understands what drives a successful connection between restaurants and those who eat there, and has watched chefs, restaurants, cafes, and Australia’s relationship with food change and mature.

“We have a very engaged, well-educated dining public. They eat out a lot, they care about what they’re eating and they’re always excited to try something new. It means the industry can innovate and take risks, but will also be called out when something isn’t working.”

Shelton will bring his experience and expertise on what Australian diners react to – and why – to the Broadsheet Kitchen judging panel. He also knows what it takes to create a lasting business and brand: “two components I believe are essential in a good restaurant,” he says.

“I hope to see people who will help push Australia’s dining culture forward,” he says. “Having said that, we want people who understand that restaurants are about the diners and giving them an experience they enjoy, not about impressing other chefs with too-clever dishes.”

“Australia is such fertile ground for great food and drink experiences, but the barriers to entry for young talent are getting higher and that means the risks are greater,” he says.

But the Broadsheet Kitchen will provide a platform and support, so there’s little risk to sending a pitch.

“I’m excited for our restaurant residents to see the public react to their concepts in real time. I cannot wait to get the doors open.”

To receive updates on the Broadsheet Kitchen, follow @broadsheet_kitchen on Instragram, subscribe, or read what else has been going on.