The second Broadsheet Kitchen resident chef is here. We speak to a name previously known for pies and Nordic cuisine about being inspired by an adolescent luxury. 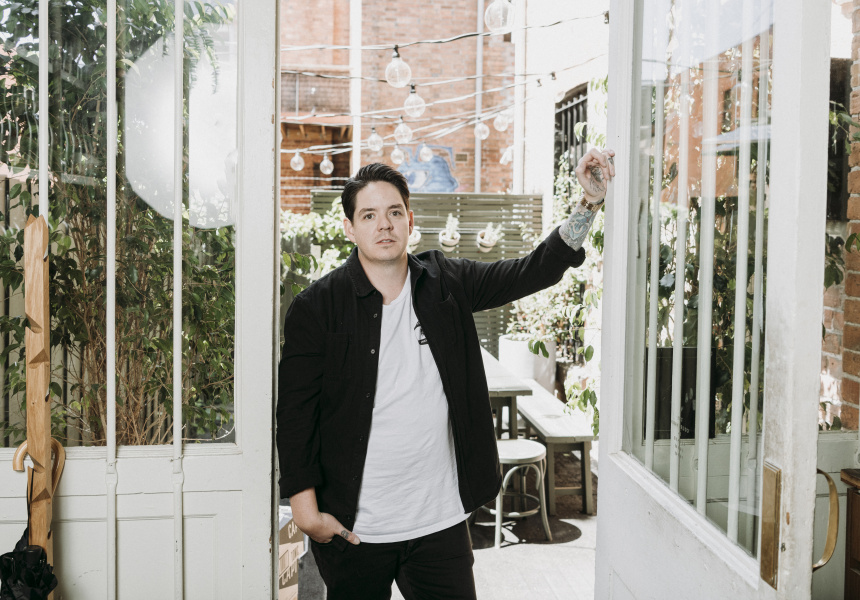 Matti Fallon has been around the block. He’s worked in construction and as a music supervisor in the movie biz. But most of us know him as a chef around town. First for DuNord Kitchen, an upscale Scandinavian eatery within DuNord bar on Little Bourke, then for his pivot in early 2018 to a labour of love: pies.

Since opening Prince’s Pies on Howey Place in the CBD, the Melbourne-born Fallon has spent the last few years busy perfecting classic pies like pepper steak, lamb and potato; and boutique lamb, truffle and goat’s cheese. Crafting everything on-site, Fallon would even source herbs from his mum’s garden.

Now, with his button-pushing new vision for Broadsheet Kitchen, Fallon is about to introduce himself to a whole new group of diners. And his mum is partly responsible.

“I'm obsessed with Chinese food,” says Fallon. “I love good Szechuan cuisine, but my favourite food in the world is the suburban Chinese food I grew up with.”

As the new resident of the Broadsheet Kitchen at Saint Crispin, an incubator for the country's best emerging food minds, Fallon will bring his childhood memories to life with the help of the Saint Crispin team – led by head chef Stuart McVeigh – and a raft of industry mentors.

Fallon is not Chinese, but his affection for the cuisine has been lifelong. Born in Melbourne to New Zealander parents, Fallon grew up in Dromana on the Mornington Peninsula. “We never really had any money, so it was a big treat for us to go down and get Chinese food,” he says. “We became really good friends with the family who owned the restaurant – I would go through to the kitchen and play with their kid out the back. So I'm not going into this thinking I'm some sort of authority on Chinese food in any way, shape or form. It's all about learning and a sort of nostalgia for me. I want to recreate from memory the same experience and put my own twist on it.”

Fried rice is the foundation of Fallon's menu (“We’re gonna do a lobster and bok choy egg fried rice with chilli oil, garlic shoots and Chinese chives”) but his sights are set on much more. He's thinking super-crunchy lemon-chicken skin with a lemon dipping sauce; high-concept prawn crackers made from sausage shavings; three-texture wontons in broth; sweet and sour pork with a numbing Sichuan crumb, served in a ramen bath; and hand-pulled Singapore noodles. “It's something to really learn: how to nail the noodle,” he says. “I’ll also do a honey-lemon chicken covered in honey brittle. You crack that and underneath is your sticky-battered honey chicken. It’s gonna be great.”

Fallon says he's thrilled about the opportunity to experiment with the cuisine, expand his skills, and learn from industry experts – as well as inject his brand of fun into the Kitchen. With a concept as much about a good-time atmosphere as it is what’s on the plate, he's excited. “I’ve been doing the DIY thing for so long,” he says. “Running kitchens, doing pop-ups and everything for myself. I haven't had people to bounce off for quite a few years. So having industry leaders as mentors is a dream come true.”

Matti Fallon will begin his residency at the Broadsheet Kitchen on Wednesday March 6, and it will run for the duration of autumn. Book here.