George Calombaris’s original Hellenic Republic in Brunswick East will become an American barbeque joint, while the fate of Elektra, Gazi and Jimmy Grants remains in the air. 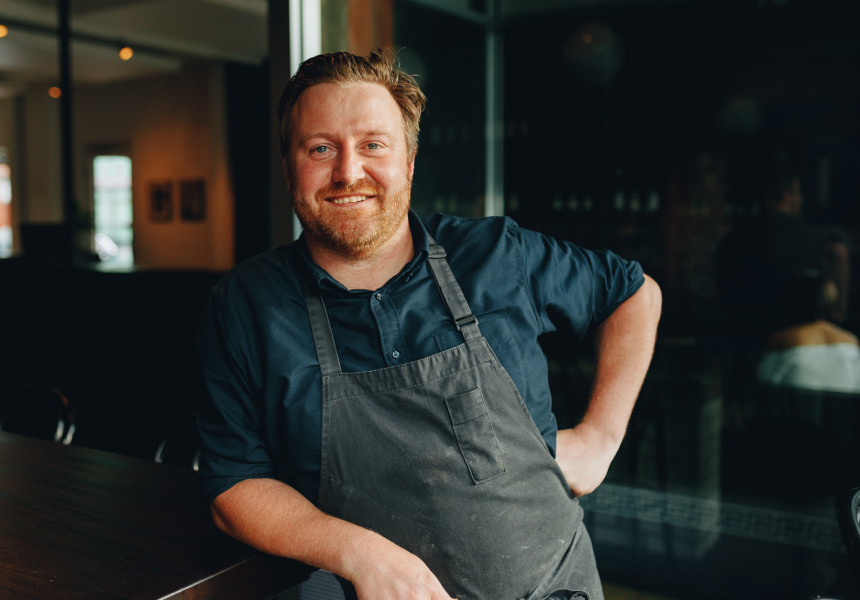 The administrators of Made Establishment said they wanted a quick sale, and less than 10 days after the George Calombaris-founded hospitality group went into voluntary administration three of its venues have new owners.

The identities of the Kew and Brighton restaurant buyers are not yet known.

Kordamentha’s Craig Shepard said in a statement that the new owners of those venues “had experience in the hospitality industry and were planning to contact former employees of the two restaurants to discuss new job opportunities”.

“He’s one of my close mates,” Wilkinson tells Broadsheet. “His lease is coming up in Clifton Hill, so it was a great opportunity to take up the space.

“I’ll be helping him with the transition, and will help with some of the direction on the food. He [works with] free-range pork, chicken… I’ll be coming on board to add in a couple more vegetables.”

Crofter was one of most exciting new restaurants of the year, opening to acclaim in January before Made Establishment went into voluntary administration four weeks later. Wilkinson had hoped to purchase the restaurant, but last week announced he would be stepping away.

“I can’t do it energy-wise, or mentally, or with the financial risk,” he says.

Wilkinson will walk Kavanagh through the Brunswick East site tomorrow. The intention is to turn the rear of the restaurant into a retail shop and the front into a bar selling American barbeque food.

Earlier this year, Wilkinson sold his stake in Pope Joan, the bruncherie that put him on Melbourne’s culinary map. He’s currently creative director at Healesville distillery Four Pillars, and he co-owns The Pie Shop, which has locations in Brunswick East and the CBD.

“I’ll be taking the Crofter brand and I want to carry on the story we were telling about the amazing producers in Australia and our vegetable focus,” he says. “When I set up the brand it meant a lot to me … I don’t want to rush into anything, but I want to keep the story going.”

The administrators announced on February 10 that all Made venues would cease trading immediately while sales were negotiated. Only frozen-yoghurt brand Yo-Chi continued to operate as normal. The fate of the CBD’s Elektra Dining Room (the former Press Club), Gazi, the Jimmy Grants chain and other Made venues is yet to be determined.

“There may be further sales in the next week,” a person familiar with the situation tells Broadsheet.

Calombaris announced Made, which he founded 13 years ago, was entering voluntary administration on February 10. The news came after Made Establishment admitted to underpaying staff $7.8 million last year, an update to the $2.6 million in underpayments the group self-reported in 2017.