Her jewellery has been worn and adored by celebrities all over the world, and the rest of us too. In partnership with Qatar Airways and its new European destinations, we asked Dinosaur Designs co-founder Louise Olsen to share her best tips for London in summer. 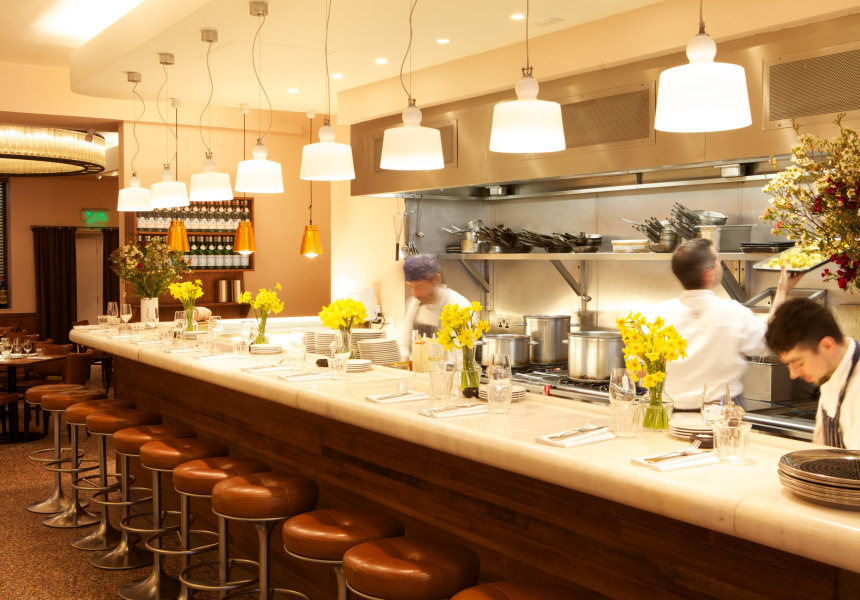 It might not be blessed with the turquoise beaches or stunning natural scenery that makes some of its European neighbours such a summer draw, but London comes alive in the warmer months – if you know where to look.

Louise Olsen does. Along with partner Stephen Ormandy, Olsen is the co-founder of Dinosaur Designs. Since the 1980s the brand’s colour-soaked jewellery and homewares has been an Australian staple, and the Sydney company has only grown in status; it has stores in Sydney, Melbourne, Brisbane, New York and London.

That portfolio means Olsen and Ormandy, are seasoned travellers, particularly to London where they oversee the Dinosaur Designs outlet on Great Windmill Street in Soho. “It means we tend to be around Soho a lot,” says Olsen. “But there’s always a lot going on.”

With this in mind, we asked the designer for her London destinations worth travelling for as London heats up.

Design delights of all stripes – Dover Street Market, Mayfair
Olsen singles out Dover Street Market, the multi-level vision of Japanese fashion designer Rei Kawakubo of Comme des Garcons, as a particularly strong lure. “It’s always fantastic for jewellery, design and fashion,” says Olsen. “I love the installation-like spaces and special pop-ups. They’re always innovating the retail space through creative visual merchandising.” Also innovative are the prices – Olsen says they range from “one extreme to the other, either approachable or not approachable at all.”

Art in the park – The Serpentine Gallery, Kensington Gardens
The Serpentine Gallery is a mainstay of contemporary art and is conveniently situated next to the lake of the same name off Hyde Park. “It’s always a joy to visit,” says Olsen. “You get to enjoy the serenity of the park, plus you’re rewarded with a great exhibition at the end.” She says the gallery’s summer pavilion is another highlight; it’s designed by a different international architect every year.

Exhibitions and beyond – The Store X, London
Store X is a series of studios on The Strand in London, inside a brutalist building that’s been transformed into a creative hub. Olsen says it “curates and commissions immersive experiences that transcend media, design, fashion, music, lifestyle and food.” On a recent visit in March Olsen enjoyed The Store’s exhibition on the intricate sets and puppets from Wes Anderson’s Isle of the Dogs. “It featured a life-size recreation of the film’s noodle bar, serving ramen, which was a treat.”

*Relaxed Italian eats – Bocca Du Lupo, Soho *
Di Lupo Bocca is Olsen’s London go-to for authentic Italian cuisine. Celebrating 10 years in November, the restaurant on Archer Street in Soho specialises in rustic regional cuisine. “It is the perfect place for a pit stop as you shop and hop around London’s design spots,” says Olsen. “I like sitting by the bar overlooking the open kitchen, where you can graze or enjoy a quick bite or a long, relaxed lunch or dinner.”

This article is produced by Broadsheet in partnership with Qatar Airways, which just launched a double daily service to London (Gatwick), in companion with its regular London (Heathrow service). Qatar Airways flies to more than 48 European cities twice-daily from Sydney, and daily from Melbourne, Adelaide, Perth and Canberra.