A series of helpful tips to lift your home-cooking (and drinking) game, from those who know best. 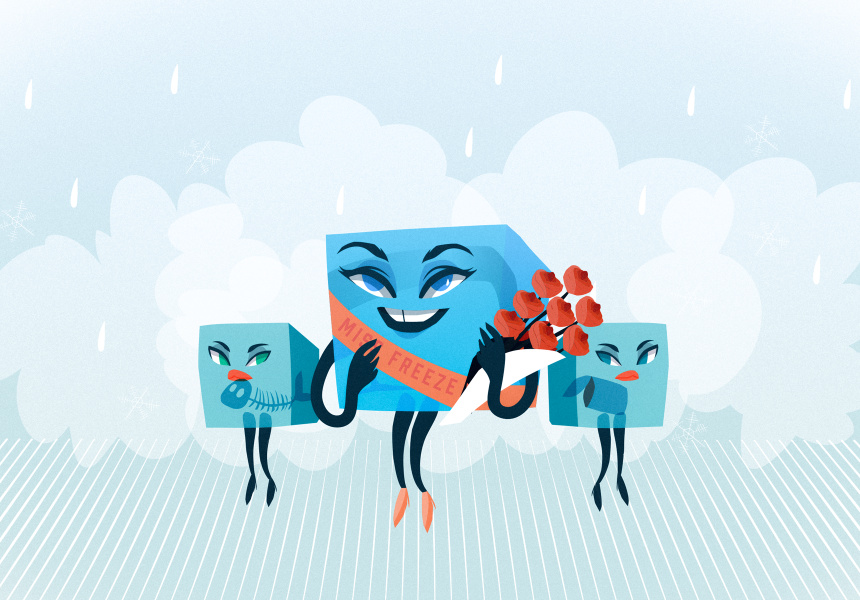 Melbourne's Italian-American diner Capitano’s bar manager Darren Leaney is a staunch advocate for intense preparation, faultless technique and tailored-to-the-drink glassware in cocktail making – all elements that can be tough to replicate at home.

But there’s one thing the former Dinner by Heston bartender reckons will make a huge difference to our home bartending game – and it’s something most of us overlook.

Beyond a favourably frosty temperature, a colder cocktail means less dilution, so the intensity of your drink will last longer. And a crystal-clear ice block (as opposed to a cloudy one) means less freezer-y tasting air has crept in.

And while at home we might still be reaching for novelty cubes from a that heart-shaped Ikea mould, the importance of quality ice has long been known in the bar world.

“Specialty ice companies [are] being set up in most major cities around the world, [but] maybe you don’t want to spend money on clear ice shaped like the Venus de Milo,” Leaney says. “Here's how for my money – or lack thereof – you can go about it.”

Begin this process the day before you’re planning to hit the sauce.

1. Start clean
If your freezer is in need of a clean out, now’s the time. The flavours from that misleading ice-cream tub full of old soup can and will make it into your ice – and eventually, your cocktail.

“Ice absorbs those flavours,” Leaney says. “So unless you want a reminder of that ragu you made last winter, give your freezer a scrub.”

2. Vessel selection
Leaney suggests buying large, square or rectangular Tupperware containers or oven trays to use as ice trays. Fill them with water and pop them in the freezer.

Next, kill time – a few hours, or overnight.

3. Slice and dice
When the ice is frozen, it’s time to cut it down to fit your glass of choice.

“Either tall spears, big rocks, cubes, diamonds, the list goes on,” Leaney says. “You’ll need to slightly temper your block. This means leaving it out on a clean tea-towel on a cutting board for about 10 or 15 minutes and letting it come up to temperature. There should be no frost on the ice, and when you touch it your hand should get wet.

At Capitano, Leaney uses a Victorinox chef’s knife to cut the ice, but any decent quality kitchen knife will do. The tea-towel under the block helps prevent slipping, and you can use another one to hold the block steady.

Score the block all over, marking out the desired sizes and shapes of your ice blocks on each of the six sides.

“Try to do this over the clearest ice – the clearer the ice the fewer the impurities, which equals better drinking,” Leaney says. “And also sexier-looking drinks to put on Instagram.”

Next (it goes without saying: be incredibly careful at this stage), place your knife lengthways along the score line. With a wooden mallet or hammer, tap lightly along the top of the blade.

“As long as the ice is correctly tempered [it] should separate pretty easily. And then it’s just a matter of repeating the process to get ice the size that you desire.”