After bringing casual, modern Turkish cuisine to Melbourne with Babajan, Kirsty Chiaplias is venturing to Turkey for the first time. In partnership with Qatar Airways and its new European destinations, we asked the chef for her most-anticipated summer destinations and activities while there. 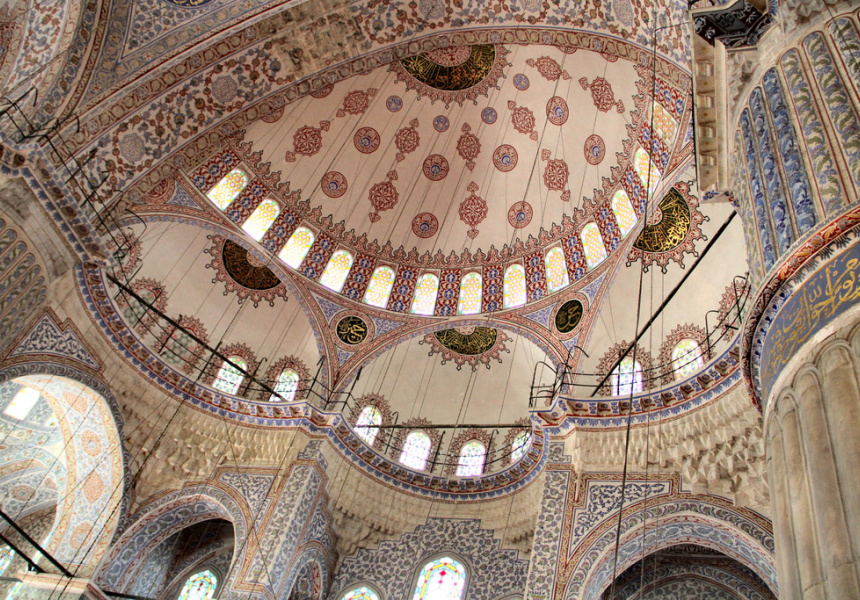 In just two years, corner cafe and bakery Babajan has become a sturdy anchor in Carlton North, focusing on updated versions of traditional Turkish recipes. Owner and chef Kirsty Chiaplias began doing breakfast, brunch and lunch but have since branched out into dinner, while also bringing a rustic touch to Turkish-inspired cocktails and desserts.

Chiaplias, who also does consulting and has written an e-book about secret salad tips, is set to make her first trip to Turkey mid-year. “It’s been a long time coming,” she says. “I am super excited.”

Here’s her guide to what she’s most keen on sampling, particularly in Bodrum, the history rich district and port city mixing upmarket delights with street-level traditions.

Orfoz – Bodrum
Orfoz, “this amazing little seafood bar”, is regularly mentioned in several of Chiaplias’s favourite Turkish cookbooks. Famous for its shellfish and tasting menu, “it’s on the wish list”, she says. “I’m excited to walk through the back streets of Bodrum’s pebbled grounds and find little hidden gems like Orfoz.”

Bodrum Market – Bodrum
The Bodrum food market is one of the largest in the area and a prime source of fresh produce, particularly fresh fruits, herbs, vegetables, cheeses, olives and olive oil, making it a prime attraction for Chiaplias.

“I love any market,” she says, “especially when filled with local produce and street food. I want to see everything: spices, boreks, tea, coffee and anything that smells divine.”

Authentic tastes of Turkey – Gümüşlük
“I make a dish with snapper wrapped in vine leaves,” Chiaplias says. “This is a very traditional way of cooking in Turkey called sarma, generally filled with rice and/or meat. We have modernised the concept and gently pan fry the fish, [then] finish it with a sauce of yoghurt and salca butter.” When in Bodrum, a half-hour bus trip to the village of Gümüşlük will find you at Siesta Restaurant, which is famous for its snapper. Chiaplias also recommends sampling mücver, traditional Turkish zucchini fritters sharpened with wild herbs.

Pottery, ceramics and other handicrafts – Bodrum
Chiaplias has long nurtured a love of Turkish and Moroccan ceramics – “pottery, platters, furniture, teacups” – via Kasbah Imports in Brighton here in Australia, but she’s ready to go to the source. “A lot of amazing handmade pottery is made in Bodrum, so it’s the place to get it,” she says. The local boutique hotel Casa dell’Arte even offers workshops for adults and children on making ceramics and other handicrafts, hosted by on-site artists whose work you can purchase.

Feeding the soul – Istanbul
Chiaplias says the Blue Mosque in Istanbul, a historic mosque that’s still active, as well as a hamam, or Turkish bath, “to feed the soul and invigorate my senses”, should be high on a list of local priorities. Chiaplias has designs on recreating a particular experience as shared to her by a friend: overlooking the Bosphorus strait at sunset and drinking a dirty Martini while birds fly overhead and the sound of the prayer call echoes through the city. “It sounds magical,” she says. “I’ve imagined the experience already.”

This article is produced by Broadsheet in partnership with Qatar Airways, which just launched a new service to Bodrum, as well as Mykonos, Malaga, and London (Gatwick). Qatar Airways flies to more than 48 European cities twice-daily from Sydney, and daily from Melbourne, Adelaide, Perth and Canberra.