When you’re a dad of two, an owner of two restaurants and making ground on a third, how do you keep burnout at bay? In partnership with Bupa, we talk to Kieran Spiteri about balancing life stuff and planning for the future. 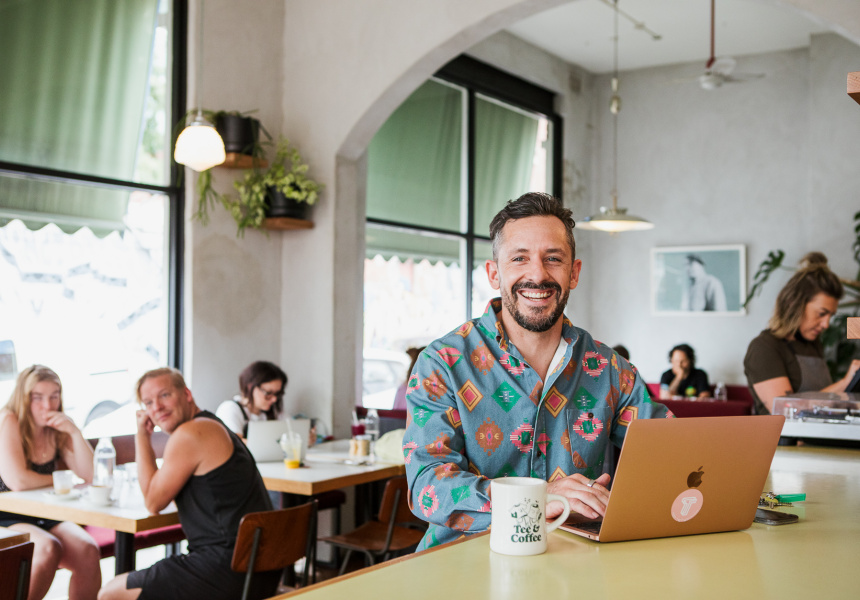 “I saw everyone go mad for bread and sandwiches,” he says.

In October 2021, Terror Twilight teamed up with Meatmaiden for Two Mates Meat, a weekend pop-up that was an extravaganza of meat-laden sandwiches filled with hot smoked brisket and fried dry-aged rib eye. The reaction from the public was extraordinary. “We planned to sell a certain number of sandwiches over two days and we sold out by 1pm on the first day,” says Spiteri. “I thought, ‘there’s something in this. I want to give this a crack.’”

Ever the entrepreneur, Spiteri was quick to act. In January, he and business partner Ben Argentino opened Hi Fi Sandwiches, a takeaway shop around the corner from Terror Twilight. Spiteri ‘s long game ensured the new venture was “COVID-proof”, ditching sit-down tables and serving customers through street-facing windows instead.

The rolling lockdowns also gave Spiteri the chance to reassess his existing business and do a bit more future planning. The 2017 opening of Terror Twilight had been rushed, he admits. “Once we got locked down, I took the opportunity to start again and re-look at our offering, go back and rewrite all our systems and procedures and start afresh.”

While the two businesses look different on paper, they have common threads. One is creating a memorable experience for customers through great service and good food. “Something that I’m always striving to do is to not only better myself, but better our businesses to create really great moments for customers,” says Spiteri, who has done previous stints at London’s Soho House and erstwhile Fed Square fine-diner Taxi Dining Room.

The other is music. “I love vinyl,” says Spiteri. “I’ve got this crazy vinyl collection that we play across both shops. It really draws people in – people get super engaged with the music and the album covers.”

As if running two seven-days-a-week hospitality venues – and a catering business, which operates out of the Hi Fi kitchen – wasn’t enough to keep Spiteri busy, he’s also the dad of two young children, four-year-old Hugo and 10-month-old Levi. Balancing everything is difficult. “I have to have time away from work to keep myself fresh. You can burn out if you’re too absorbed in your businesses,” he says. “Sometimes you have to step outside of your environment and look back into it with a fresh set of eyes to be able to keep your business fresh and continuing to grow.”

For Spiteri, exercise provides an escape from the pressures of his daily life. Every morning before work, he practises Brazilian jujitsu or visits Collingwood gym Project Better. “It’s a little bit of me-time to clear my mind,” he says. “I find I can function way better during the day if I’ve exercised in the morning.”

He is also channelling his energy into a new project: Convoy, a 120-seat cafe opposite Queens Park in Moonee Ponds. It represents something of a homecoming for Spiteri, whose first hospitality job was in a cafe in the same neighbourhood. Studio Esteta, the outfit behind Via Porta’s acclaimed fit-out, will deliver the new cafe’s interior design. “It’s going to be amazing,” he says.

Spiteri is keen to test the water in a new locale. “Every area in Melbourne is different – there are different expectations,” he says. “To do what we do in the north and take it out to the west is something I’m super excited about.”

The restaurateur’s ambitions aren’t limited to Melbourne’s north and west. “I really feel like the south side of Melbourne would appreciate something that we’re offering,” he says. “I have such a great team – some have been with me for three or four years – and coaching them and watching them grow, and us as a group, is something also that really excites me.”