Love croissants? Wait until you’ve had one in Paris. In partnership with Qatar Airways, we asked Lune Croissanterie founder (and recent Masterchef judge) Kate Reid to divulge her very favourites from the iconic city. 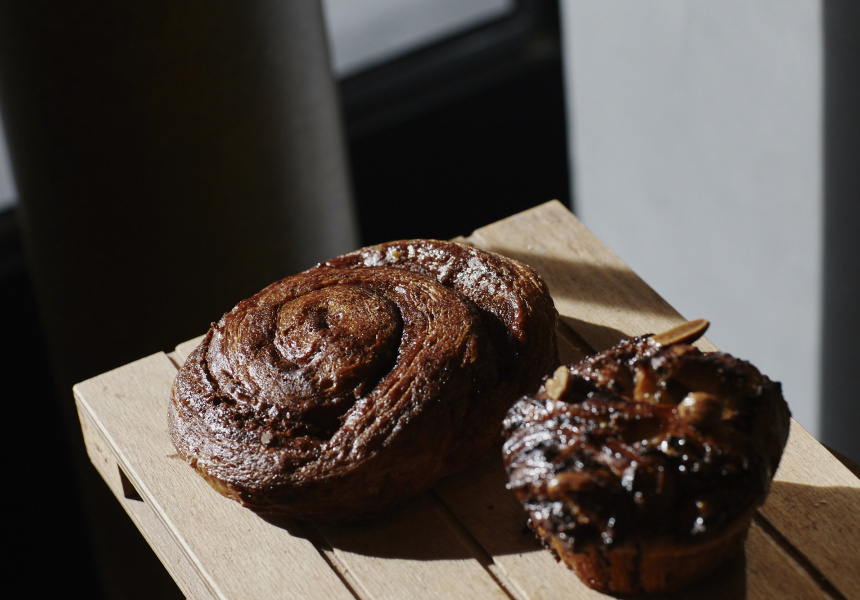 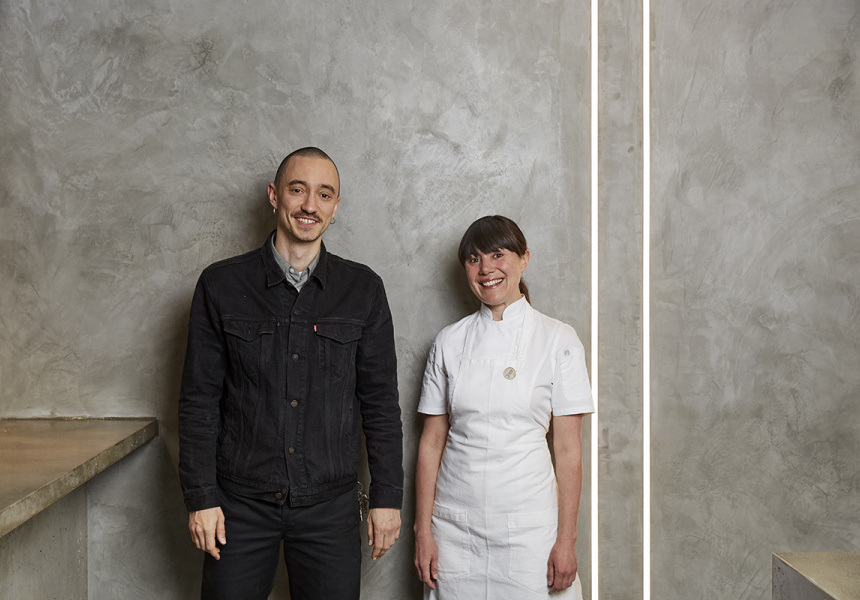 Before opening Lune Croissanterie in Elwood seven years ago – a heaven composed of butter, sugar and flour that has since migrated to Fitzroy and expanded to the CBD – Kate Reid was pastry chef for Abbottsford anchor Three Bags Full. She's also appeared as a judge on Masterchef while contestants were challenged to recreate Lune’s distinctive black forest croissant.

Reid studied the meticulous art of raw pastry-making in Paris before being called back home to help with Three Bags Full’s expansion. She describes her Parisian stint as straight out of movie: she’d wake before sunrise to walk to work at Du Pain et des Idées, whose enormous floor-to-ceiling windows look out over a distinctly French boulevard.

“I’ve never been so happy,” says Reid. “Just that sense of hard work and true satisfaction, personally and professionally growing – it was a really special time.”

Trying her hand at making proper French croissants back in Melbourne, despite only knowing “maybe 10 per cent” of the process, she took a page from her former career as a Formula 1 aerodynamicist and reverse-engineered the world-famous pastry. She arrived at a unique take on the traditional dish, which proved crucial to Lune’s thrumming success.

Reid still gets back to Paris at least once a year (which is nice work if you can get it). So she’s well placed to hand-pick the city’s best destinations for coffee and cake. After all, she opened Lune in order to provide the best of those two things in a single shop, so her personal seal of approval is high praise indeed.

Du Pain et des Idées
Christophe Vasseur’s vaunted bakery is where Reid spent a month studying before stepping out with Lune. While her interest was in the complicated croissant, she believes this boulangerie is really about the simple things. “For my money, the best thing is the bread,” she says. “The house loaf they’re most famous for is called Pain des Amis, which means ‘bread of friends’. It’s this enormous rectangular loaf you buy by weight – they’ll cut you off a hunk.”

They also make tiny pastries – Mini Pavé – with savoury fillings such as fig and goat’s cheese, or spinach and ricotta. “There are about 10 different flavours every day, all lined up on the counter, brought out fresh just before midday,” says Reid. “They’re like 1.20 Euros each. It’s this flavoursome, complex, nutty dough wrapped around these incredible fillings – and the cheapest lunch in Paris. I absolutely love it.”

The French Bastards
It’s no surprise that when Reid visits Paris she’s always on the hunt for the best croissant-style pastry she can find. So when someone recommended this cheekily named boulangerie – less than a year old – she jumped at the chance to try it out. “It’s awesome,” she says. “They’re probably doing the best Viennoiserie [Austrian-style breakfast pastries] in Paris at the moment. In particular, their dark chocolate and pistachio escargot is just mind-blowing.” They’re also known for their babka and roulé cannelle (similar to a filled scroll).

Though situated in quite an old section of town, the shop’s fit-out is modern and minimalist, with a communal table and a simple bar for enjoying your coffee and pastries. “You can see into the kitchen to watch the pastry chefs working, which obviously is a feature I like,” Reid adds with a laugh.

Rose Bakery
While not in the same French style as the above two picks, Rose Bakery made a huge splash when it introduced British-style baking to Paris in 2002. There are now locations in London, New York, Tokyo and LA, plus the requisite cookbook, but the intimate original location still thrives in the ninth arrondissement. “It’s become world-famous, and justifiably so – it’s absolutely beautiful, rustic, cafe-style food,” says Reid. “They don’t do pastries or bread, but they’ve got the most amazing loaf cafes. Think lemon polenta with lemon-drizzle icing. And they do lots of traybake-style stuff.”

Reid also recommends the individual carrot cakes, but her favourite items at Rose are the savoury tarts. “They’re the best I’ve had in the world,” she says. “Rose [Carrarini] was kind enough to share her recipe for the shortcrust, and it’s got a percentage of wholemeal flour. It’s so thin and crusty, but the pastry just melts on your tongue. It’s buttery and perfect.”

Télescope
With pastries well and truly covered, Reid turns her attention to coffee, which has only recently started enjoying Melbourne-style perfectionism in Paris (despite the cafe’s pride of place in French culture, the actual coffee has traditionally been a hot brown afterthought). “There are now a few places popping up that do exceptionally good coffee,” says Reid. “One of the very first ones to open, which I think is still hands down the best in town, is this little cafe in the fashion district.”

She credits the painstaking hand of Nicolas Clerc (“He’s taken it to the next level”), who also taught himself to make fresh bread daily in a cellar kitchen underneath the cafe. “It’s some of the best bread I’ve ever had,” she says. “He’ll grill it to perfection and serve it with French butter and red fruits.” Between the bread, the Aussie-level flat whites and almond-driven cakes, Reid admits to spending “a dangerous amount of time” here on every trip.

Ten Belles
This tiny, lovably quirky cafe in Canal Saint-Martin is also part of Paris’s current coffee boom. As great as the espresso is, though, the vibe and atmosphere are what really win Reid over. “You’re nestled in seats out the front and your head’s so close to all these flowers,” she says. “Everything about it is so quaint. And they’ve started doing more British- or American-style baked goods.” Ten Belles has even launched a bakery, Ten Belles Bread, to supply fresh pastries to the cafe and a few others, too. “But I always go back to the original cafe,” Reid says, “It feels the most like Paris to me.”

This article is produced by in partnership with Qatar Airways. Take advantage of Qatar Airways’ Early Bird sale and experience Europe like never before in 2020. Qatar Airways flies to over 160 destinations including 55 European cities twice-daily from Sydney, and daily from Melbourne, Adelaide, Perth, and Canberra. Book today at qatarairways.com/au or your preferred travel agent.