It began life as a restaurant, but soon it’ll be an 87-square-metre home and urban farm in Melbourne, with two of the country’s best chefs living inside and cooking only what they grow. “In the future, we’ll all live like this.” 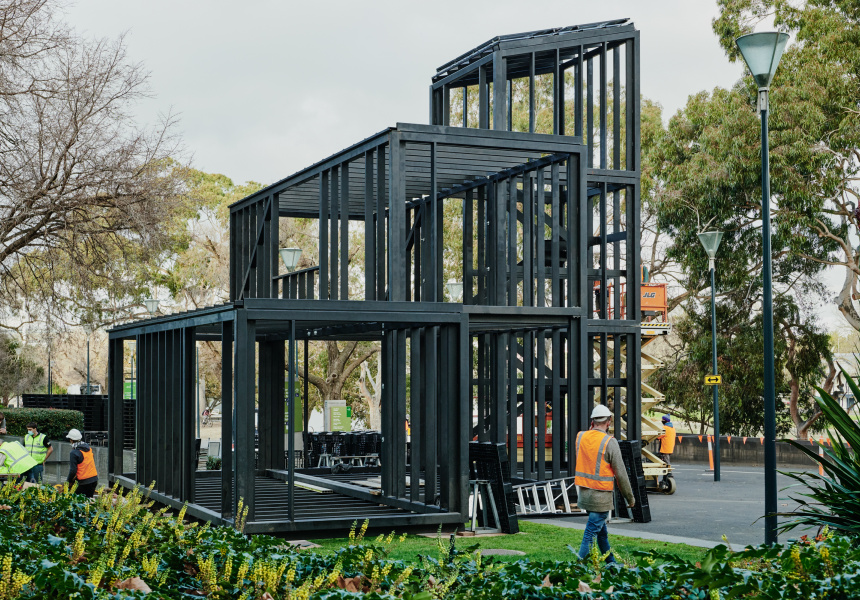 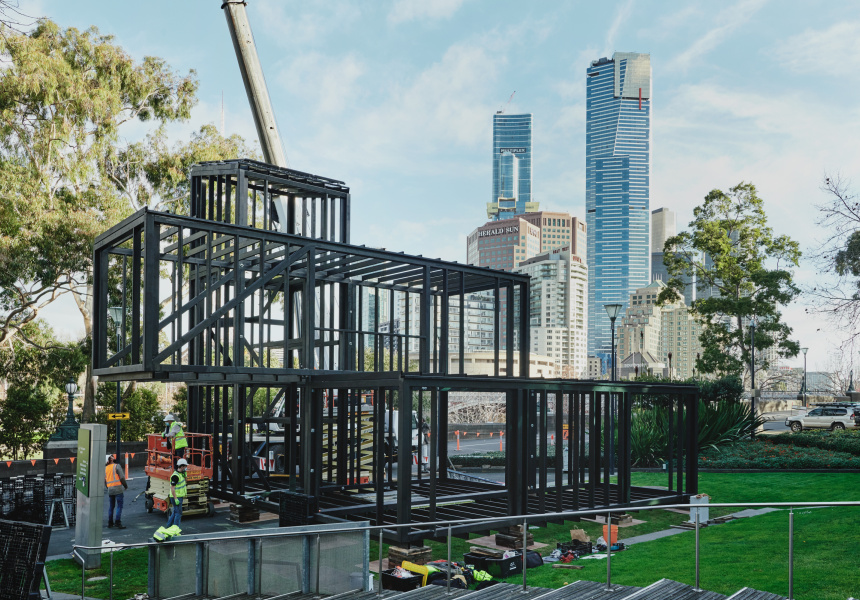 Milk delivered in reusable plastic buckets. Chairs built out of discarded road signs. An on-site composter that saves hundreds of tonnes of food waste from landfill. These are just some of the eco-friendly initiatives diners encountered at Greenhouse, the zero-waste restaurant launched by Joost Bakker in Melbourne’s CBD more than a decade ago.

That first Greenhouse, appearing in 2008, was a pop-up. It then headed to Perth and became a permanent restaurant. More pop-ups were staged in Sydney and Melbourne, spawning zero-waste cafe Silo, which later morphed into Brothl, a soup kitchen using discarded bones from restaurants such as Attica and Rockpool.

In September, the Greenhouse story will come full circle with the unveiling of Bakker’s latest undertaking at Federation Square. But the new Greenhouse deviates from the format of its predecessors.

Rather than operating as a restaurant, Greenhouse 5.0 is a combined home and urban farm with the ambitious goal of growing all the food its inhabitants cook and eat.

“I’ve stopped doing restaurants because I felt I pushed the paradigm as far as I could,” says Bakker.

“Where the problem sits is with the food system. We need to radically change the way we grow food. Food systems need to be where we live and where we generate the waste. My goal is to create the biggest little ecosystem in the world.”

A rooftop garden will allow inhabitants to grow their own fruit, vegetables and herbs. Mussels, yabbies and barramundi will be bred in an aquaponics system. Spent coffee grounds gathered from neighbouring cafes, and steam trapped in the on-site shower will be utilised to grow mushrooms. A biogas digester will transform organic waste into fuel to power the stoves in the kitchen. Bakker has clearly been taking plenty of notes over the past 12 years.

The house’s green credentials go beyond self-sufficiency. It’ll operate on solar power. Some parts will be clad in recycled rubber, and panels will be made using wheat and rice-straw fibres (a farming by-product that’s usually burned off). All the furniture will be built using timber salvaged from a 130-year-old tree that was felled by lightning.

While the house itself is the centre of the project, equally important will be the input of the people living inside it. Long-time Greenhouse collaborator Matt Stone has signed on, along with partner and fellow Oakridge co-head chef Jo Barrett.

Stone and Barrett will move into Greenhouse in September and live there until the end of May, surviving only on produce grown on-site. Crucially, they’ll also continue cooking and working at Oakridge.

“The idea with Greenhouse is that we can live in this way and still work a full-time job,” says Stone. “It doesn’t have to be your whole life. I think it’s really important that you’re living and working a normal kind of life.”

As is standard practice at Oakridge, Barrett and Stone will use preservation, pickling and fermentation techniques to transform much of what they grow.

Crickets and snails will be produced on-site and turned into garum, a powerful fermented sauce. Tiger nut, a fast-growing weed, will be turned into a nut milk that Barrett’s been using to make ice-cream, cheese and other typically dairy-based products.

“It’s a different kind of excitement to opening a restaurant,” says Stone. “A project like this takes a lot of learning and a lot of practice. If we tried to do this 10 years ago, we wouldn’t have been able to. Our experience and learning in the last decade will really come to a head with this project. I don’t think there’s been a better time for Jo and I, for Joost and for the world.”

While its Federation Square location will keep Greenhouse 5.0 front-and-centre in Melbourne (lockdown restrictions pending), the rest of Australia can track the project’s progress online.

An Instagram account will record all the dishes created by Barrett and Stone throughout their nine-month residency (they aim to create around 300). Nutrient breakdowns of produce grown on-site will be measured and compared against conventionally grown specimens.

The costs of every aspect of the project will be shared, covering everything from building a self-watering garden to the finer points of setting up cricket and snail farms at home.

In short, Bakker doesn’t just want to show us how to build an environmentally sound home in an urban environment. He wants to show us that living greener lives doesn’t have to cost the earth. Figuratively and literally.

“It’ll be affordable, that’s for sure,” says Bakker. “People will be able to access it and work out for themselves what is achievable. I want people who have no money to be able adopt many of these things.”

As a sign of his commitment to the project, Bakker is putting all his other projects on hold while Greenhouse is operating. Getting it right, he says, is his obsession.

“I want this to be a catalyst for change,” he says. “I want kids to look at this and go, ‘Why the hell would I live in a suburban house that is nothing other than a roof over my head?’ A house should be so much more. A house should be providing you with energy and food and shelter. Your life becomes much richer when you live in an ecosystem and in a food system. I think in the future, we’ll all live like this.”

Greenhouse will begin its residency at Federation Square in late September. Follow its progress here.