James Halliday Is Selling His Rarest, Most Treasured Wines

“This is not just a once-in-a-generation event – this is a once-in-a-lifetime event … There will be buyers from around the globe.” And one bottle is being raffled off for anyone to win. 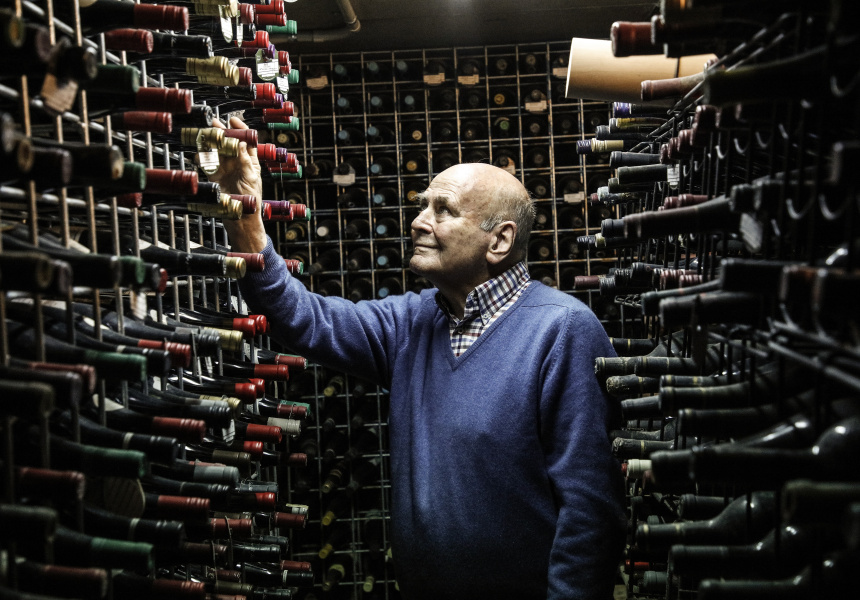 James Halliday, Australia’s most famous wine writer, collector and judge, is auctioning off the most significant portion of his 12,000-bottle cellar: 252 bottles of Domaine de la Romanée-Conti pinot noir, the oldest produced in 1973. Together, the wines are valued at $1 million – an average of nearly $4000 per bottle.

“I have now been collecting (and consuming) wine for more than 60 years,” Halliday wrote in a recent article for The Australian. “Throughout all these years, the jewel in the crown of my cellar has been the wines of the Domaine de la Romanée-Conti.”

DRC, as it’s often referred to, is widely considered to produce the finest pinot noir on the planet, if not the finest wine of any kind. Its original four-acre vineyard has been farmed almost continuously since 1232. The domaine of today was founded in 1869 and includes five additional plots of pinot noir, plus one of chardonnay. The grapes are farmed biodynamically, wild fermented, and bottled without filtration, fining or any added sulphur. But for some time spent resting in new oak, DRC wines are effectively natural/minimal intervention.

“They’re the apex of reflecting parcels of land in Burgundy,” Bennie says. “They’re full of character. When they’re at their peak, in terms of drinking, they’re incredibly delicious. They’re rare, they’re scarce. They are, literally, the most revered wines on the planet.”

“The hands of time are moving inexorably,” Halliday says in the above promotional video for Langton’s, the auction house handling the sale. “Rising 82, [there’s] no way I’m going to drink them … I want to share these wines with people who understand what these wines are and what they stand for.”

Each wine is being auctioned individually, except for one bottle of 2006 Échezeaux set aside for a charity raffle. Tickets are $20, with all proceeds to the non-profit Humpty Dumpty foundation, which provides 400 children's hospitals and health services around Australia with lifesaving medical equipment.

The provenance of these bottles, Bennie says, will be extremely attractive to buyers. Throughout history there have been cases of fraudsters such as Rudy Kurniawan – nicknamed “Dr Conti” – attempting to sell counterfeit bottles purported to come from the world’s great wineries, including Domaine de la Romanée-Conti.

With Halliday’s name attached to the sale, there will be no such issue. None of the 252 bottles came from the secondary market, where fake bottles are typically passed off. The collection was purchased entirely through Christie’s auctions in London; Negociants (DCR’s Australian distributor since 1984); and direct from the domaine itself.

“He’s been a wonderful friend to the families that own Domaine de la Romanée-Conti and has been a primary recipient of those wines in Australia, and he’s been very generous in sharing them over the years,” Bennie says.

These wines are so incredibly rare that even those with unlimited means can have difficulty obtaining them. Every bottle is numbered, and distributors in each country know that should a bottle sent to them come up for re-sale too soon after delivery, they won’t be allocated stock the following year (to discourage “flipping” of bottles).

“This is not just a once-in-a-generation event – this is a once-in-a-lifetime event,” Bennie says. “It’s arguably the most significant collection of Domaine de la Romanée-Conti to be sold in Australia, and that may be a statement you could suffix with ‘the world’. All eyes will be on Australia for the auction period. There’ll be buyers from around the globe.”

The James Halliday Collection closes to bidders at 7pm AEST on June 28. The raffle to win a bottle of 2006 Domaine de la Romanée-Conti Échezeaux closes on June 26. Enter here.