They don’t qualify for Centrelink and often aren’t covered by the government’s stimulus measures. What will it mean for Australia’s hospitality industry if it loses some of its most valuable staff? 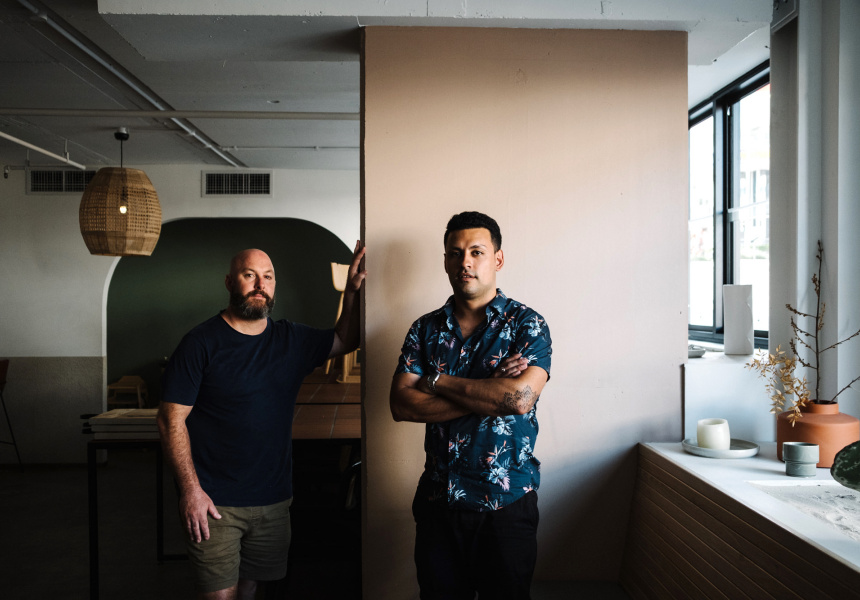 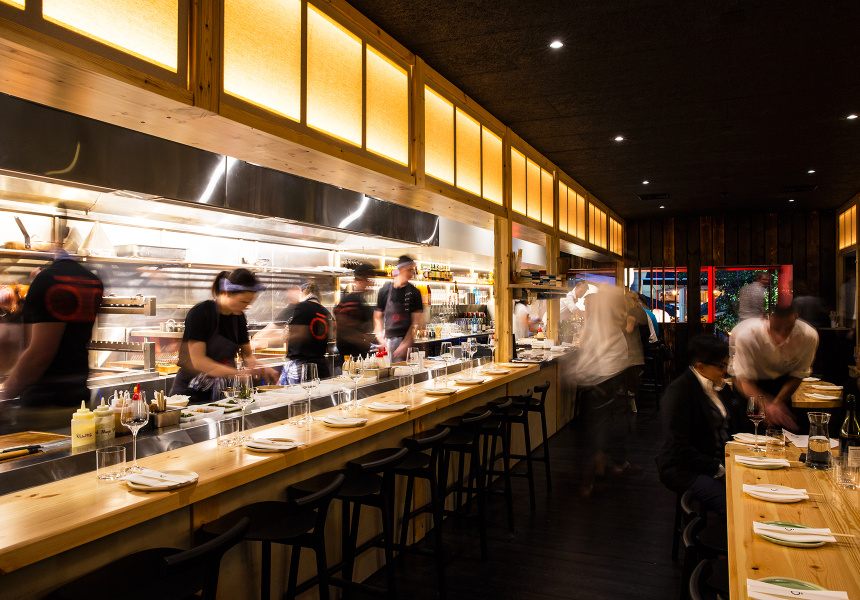 Nicholas Castillo was supposed to start college this week. But instead, like many Australians, he’s hunkered down at home, waiting for the coronavirus crisis to ease.

Only Castillo isn’t Australian. He’s Chilean, and just one of thousands of migrant workers in this country whose livelihoods have been wiped out by Covid-19, and who aren’t covered by Australia’s welfare system.

Castillo is a commissioned chef at Baja in the inner-Brisbane suburb of Fortitude Valley. But since the federally enforced shutdown of restaurants and bars, shifts have been few and far between.

It doesn’t help that many hospitality venues and their workers have missed out on much of the recent stimulus provided by the federal and state governments. Perhaps they’re too small for payroll tax breaks, or their casual staff haven’t worked the full year required to access the Jobkeeper subsidy (and that’s assuming the venue has even existed for a year – Baja opened in August).

There are more than 1.1 million temporary workers in Australia, according to the Guardian. Australian residents who have lost their jobs because of Covid-19 can apply through Centrelink for a Jobseeker payment (basically a juiced-up Newstart Allowance). For people such as Castillo – who last week switched from a 462 working-holiday visa to a student visa – there’s little support.

“I did five hours on Saturday,” Castillo says. “I haven’t had any notice from the restaurant this week. So I’m like, ‘What do I do?’ I can’t get any money. Rent is due. It’s very tense and stressful.

“There are jobs out there aimed at foreign workers, but thousands of people are applying for them.”

For Castillo, like many others, working in restaurants is intended as a stepping stone. His studies would land him a certificate III in fitness. The long-term plan is to settle in Australia and open a business that would combine the qualification with his skills as a chef. But that’s now in doubt.

“I’ve already paid for school,” he says. “If I left Australia permanently, I would’ve lost that opportunity. I came to Australia just for work, but I found myself in a great country with great opportunities and I wanted to make something with that.”

Castillo’s experience is typical among Australia’s migrant workers, who find themselves shut out of the country’s welfare system. And the risk applies right across the spectrum – from those on student and working holiday visas, right through to workers with staff sponsorships, which are in danger of being binned as venues struggle to keep their doors open. It’s alarming when you consider the degree to which skilled foreign labour has contributed to the country’s booming restaurant and bar industry.

“The skill set of international workers brings another angle to our business,” Baja owner Dan Quinn says. “Traditionally, you would avoid international staff because of that fear of transient workers, but the Brisbane market has so many venues that you need them. And once they start working for you – even if it’s for six months – they really make a difference. They introduce new skills and lift the whole team.”

Castillo considers himself one of the lucky ones. He has savings he can stretch out for a couple of months, and the postponement of college is in some ways a lucky break – if worse comes to worst, he could try to wait out Covid-19 back in Chile and return to pick up his studies. But it all comes down to “timing and money”: dealing with travel restrictions, quarantines in the Chilean capital of Santiago, and the significant cost of flying to and from South America.

“I’m not in the shit just yet,” he laughs. “Sometimes I feel like it’s a horror movie, y’know – a nightmare. You go out on the streets in the afternoon and it’s deserted. Like, what the fuck? It begins to take you out of your mind.”

The crisis facing Australia’s foreign workers weighs heavily on operators too. Adelaide restaurateur Simon Kardachi says 12 of the 15 chefs at his restaurant Shobosho are either Korean, Japanese or Filipino.

“Three might get [Jobseeker] and the rest won’t get anything,” he says. “They’re on visas, they can’t apply for any government benefits. They’re stuffed … they’ve been hung out to dry.”

“I’ve said I would personally finance some of them if they’re at their wit’s end and can’t work out how to survive.”

“We’ve got no work for him right now because Greenglass is shut down,” Votan says. “We’re just supporting him at the moment to get through this so he keeps his visa. Damien has intentions to live here. He’s been here for more than six years. He’s close [to achieving his residency] and we’re loyal to our staff – we don’t want to hang him out to dry.”

“It’s a huge weight for us. Because it’s people’s lives. The government’s Jobkeeper packages are a massive help, but for people like Damien … they want to make their lives here and they’re crazy-hard workers. They’re incredible assets to this food industry, with skills and experience we don’t have in this country.”

In Sydney, Archie Rose Distilling Co has used a switch to hand sanitiser production as an opportunity to provide work for 10 migrant workers (on top of the 20-strong team the distillery and bar already employs).

“There are already a lot of people who can’t afford food … I’m so worried about what is going to happen.”

This past weekend, the federal government finally acknowledged the pandemic’s effect on Australia’s migrant workforce, announcing a suite of measures designed to help them ride out the crisis. They include early access to superannuation; a change to visa categories and a loosening of the six-months-with-one-employer rule to help keep workers in “key industries” such as health and food processing; and relaxations on work-hour restrictions for international students and temporary skilled visa holders.

Melbourne-based food writer, critic and journalist Dani Valent has been an outspoken advocate for migrant workers affected by Covid-19. She says the government’s new measures are a start, but don’t go nearly far enough.

“Being able to access super does give some people a level of comfort,” she says. “But some people don’t have a lot of super … and a lot of people see their future here – to be told that the only way they can access funds to live in Australia is by accessing superannuation that’s mandated by the government to be for retirement, they find that unfair and insulting and discriminatory. It’s like their future isn’t as important as everyone else’s. It’s not good enough.”

Valent’s website has become a valuable resource for hospitality businesses and workers affected by Covid-19, and a change.org petition she started on April 1 demanding better government support for migrant workers has accumulated more than 38,000 signatures so far. She’s in regular contact with temporary visa holders affected by the economic fallout from the pandemic.

“Everyone is dealing with a huge amount of change, but for these people there is an extra level of feeling abandoned,” she says. “They’re here legally, they’ve invested time and in many cases thousands of dollars to be here. They followed the rules.

“There’s a real sense of injustice about the situation. There’s anger. There’s sadness. There’s hurt. There’s panic. There’s fear – all the things that are associated with poverty, or poverty that you can see around the corner.”

Valent regularly talks to restaurant owners too. She says there could be some stark consequences for the country’s hospitality industry if migrant workers aren’t supported through the pandemic.

“The thought for many operators of losing these workers when it’s going to be so tough on the other side, it almost puts their business in the too-hard basket,” she says. “I spoke to someone yesterday who said, ‘If I lost them, I would close’. It’s that serious.”

Melbourne restaurateur Adele Arkell says just four staff across her two eateries (Radio Mexico and A Cafe Called John) are covered by the government’s stimulus packages. Which is a problem, she says, when five of her temporary visa workers are essential to the continuation of Radio Mexico – one has worked for Arkell for eight years, another for six.

Cameron Votan shares the concern that Australia’s food industry could lose its valuable migrant workforce if they’re not better supported during the Covid-19 crisis.

“There are so many really talented chefs, sommeliers and people at the pointier end of service who have been trained up in Europe or Asia,” he says. “They cross-pollinate with their skills and lift what we’re able to offer here.