Find clothing, food and homewares – from injera made by an Ethiopian chef, to handwoven textiles by a collective of Karen women, to garments manufactured in a shop in Sydney’s Newtown. 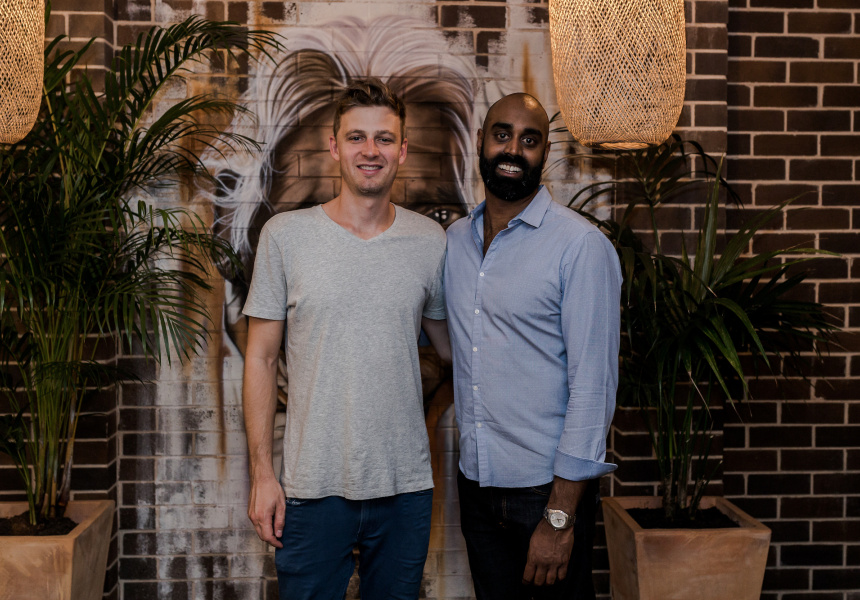 When Marjorie Tenchavez launched Welcome Merchant, an Instagram account that features businesses run by refugees, migrants and asylum seekers, she was worried. It was March, and “the timing was bad”. “It was just before lockdown and I thought people wouldn’t have the capacity to be as supportive, or that they wouldn’t have the money to buy from small businesses,” she tells Broadsheet.

But she realised that if initiatives supporting regional businesses in the aftermath of the bushfires – such as Spend With Them and Buy From the Bush – could succeed, Welcome Merchant could make it, pandemic or not.

Each Welcome Merchant post tells the story of a business and its founder. There’s Sara Taddese, whose Ethiopian curries, stews and injera (a sour, fermented flatbread) are sold at markets in Wollongong; Paw Po, a collective of Karen women from Myanmar who handcraft items from traditional handwoven textiles from their new home in western Victoria; and knafeh made by a Palestinian dessert-maker in Lakemba.

Some featured businesses, such as Enmore Sri Lankan diner Colombo Social and Newtown sustainable fashion label The Social Outfit (both in Sydney), are social enterprises with a mission to train and employ refugees and asylum seekers. These businesses often provide people with their first Australian jobs.

“Marjorie is a legend,” says Shaun Christie-David, co-owner of Colombo Social. “The more people we have highlighting the entrepreneurship of asylum seekers and refugees, the better.” While all businesses benefit from exposure on Welcome Merchant, Colombo Social is also using the page to find and support other refugee-run businesses.

“Our goal is to have as many refugees and asylum seekers in our supply chain as possible,” says Christie-David. “For us, Welcome Merchant opens new doors so we can look at working with other brands.”

That includes Yarrie Bangura’s Aunty’s Ginger Tonic. Her tart, spiced ginger drinks are adapted from a traditional recipe from her native Sierra Leone. When Bangura started her business in 2016, she was bottling 150 bottles each week by herself. Four years later, a factory produces thousands of bottles that are sold through Harris Farm, Dan Murphy’s and in restaurants.

“I think refugees and asylum seekers get stereotyped that we are here to take,” Bangura says. “Having a platform like Welcome Merchant helps to showcase that we’re building lives in Australia, providing jobs for others, making things Australians need. We can showcase our talent and our ability to contribute to society.”

Tenchavez has been working and volunteering with refugee and migrant communities since 2011. While she hasn’t lived the refugee experience herself, she knows what it’s like to be a new migrant: “My mum came to Australia with my brother and me from the Philippines when we were kids. I’m not a refugee, but I know how hard it is to settle in a new place.”

For now, Welcome Merchant is a passion project run by Tenchavez and her friend Adriana Rey, but the pair have plenty of ideas, such as launching a travelling Welcome Merchant festival. But until the pandemic settles down, Instagram will do.

“I’ve been working with refugees a long time. They’re very resilient. I want to offer them a different platform and give them a voice,” says Tenchavez. “There’s a lot of negativity around people who are seeking asylum, but I want to show that they’re also successful and just like everyone else – they have hopes and dreams.”