How One Chef Made the Transition From Finance to Franchises

While Junda Khoo was working in banking, he was dreaming of cooking the Malaysian food of his childhood. In partnership with MYOB, we’re sharing stories of Australian entrepreneurs who have shown more than a little bravery. 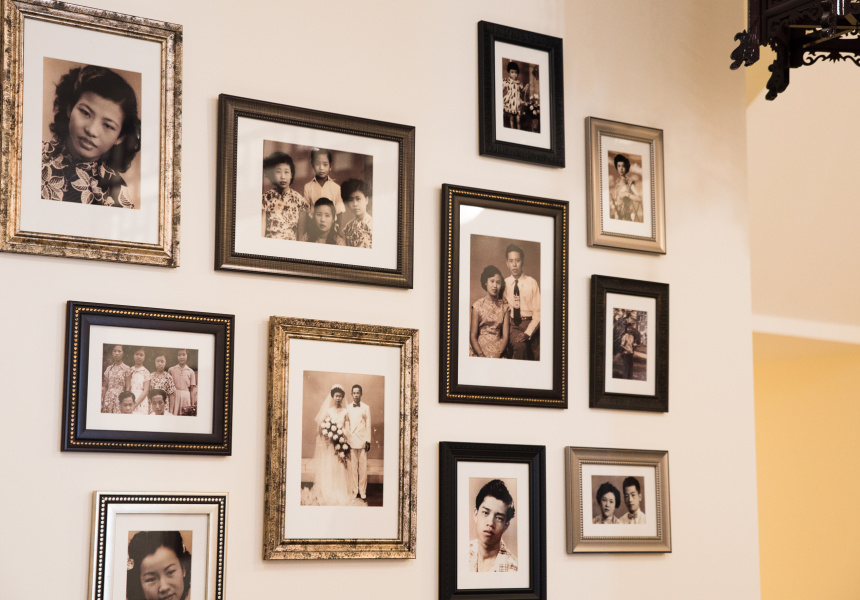 You may know Junda Khoo as the chef behind the much-loved Ho Jiak in Sydney’s Chinatown, but that’s just the latest turn in a uniquely twisty career.

Khoo’s culinary career began, unexpectedly, in finance. After securing a double degree in finance and project management, he worked in the banking sector, but was soon drawn to the hospitality industry. He had never worked in a commercial kitchen, but had grown up in Penang cooking in the family kitchen with his paternal grandmother.

Khoo transitioned from the financial sector to open the successful Malaysian café franchise, Petaling Street. But he still wasn’t free to call the shots in the kitchen, or even help plan the menu. He wasn’t a trained chef – he was a business owner. “I wanted to start cooking but they wouldn’t let me, because that business model relied heavily on the chef,” Khoo says. “I was pretty young then, and inexperienced.”

Frustrated and eager to channel the delicious recipes that he had grown up with, Khoo opened Ho Jiak’s intimate 12-seat location in a suburban Strathfield with partner William Xie in late 2015 (the Haymarket branch would come in 2017). This time, he was in the kitchen. It took him time to get the balance of flavours right, but the suburban location and small seat count meant that Khoo was given time to adjust his recipes and keep refining his technique.

“It was a big learning curve,” he says. “I was like a kid, you know? I had all these toys and didn’t know what to do. For the first year, it was a lot of experimenting: how I should cook, what it should taste like. After the first year we decided to start marketing it, and business got much busier after that.”

So busy, in fact, that Khoo and Xie decided to launch a proper city location just three years later. As if that alone wasn’t daunting enough, Ho Jiak’s Haymarket location has more than 10 times as many seats as its Strathfield counterpart. With eye-watering rent at $10,000 a week, that made for a huge financial risk, especially since Ho Jiak was still relatively unknown within city limits.

“We put everything on the line,” Khoo says. “We cleared out our home loans and emptied our bank accounts. We went all in, pretty much.” He laughs about it now. “I thought I might as well make the jump, because if I fail I can always go back to [working for] banks.”

Thankfully, his brave leap of faith has paid off. Last year the Haymarket location won a people’s choice award for Sydney’s best restaurant – thanks in no small part to its generous dozen-plus-page menu and inventive twists, such as the cognac hot chocolate. While the original Ho Jiak was devoted to Malaysian hawker food, the second sits even nearer to Khoo’s heart, based as it is on the hearty, home-style Nyonya (or Peranakan) cuisine practised by his grandmother – including many of her actual recipes.

“My intention was to make people happy,” Khoo says of his guiding principle as a self-taught professional chef. “So having people vote us their favourite restaurant, it showed that what we’re doing here is actually working.” Part of that happiness equation lies in keeping meals affordable (often in the $15 to $20 range) so that more people can try it and discover Malaysian food first-hand.

While Khoo had gleaned plenty of experience as a small-business co-owner before opening the first Ho Jiak, he had also watched his father run a business up in Malaysia. When asked to name some necessary qualities for a small-business owner, he says, “So many. The list is really, really long. For me, the first one is you have to be brave and confident. And once you take the plunge, you have to go all in. You can’t have one foot in, one foot out.”

For Khoo, who learnt to cook as an act of love and who wanted to cook professionally to spread that same love, it’s most important to stay upbeat. “If you come here, you’ll see our team is like a family,” he says. “We’re all happy. Rather than be the grumpy boss, I come in and we play hard and work hard. It shows in our morale.”

Of course, Khoo only has the luxury to focus squarely on the tight-knit kitchen team because he’s got the financial essentials under control, using online accounting software from MYOB. “It saves us a lot of time and allows me [more time] to do what I love most, which is cooking.” He also uses it to prepare his tax, which can then be easily handed off to an accountant.

Having that financial security in place is crucial as Khoo looks to the future, which centres on introducing different regional Malaysian cuisines to the Australian public. “In Melbourne and Sydney you have all these Malaysian restaurants [that] all sell the same things: laksa and chicken rice and noodles,” he says. “I feel like I have a responsibility to the people of Sydney to share the other Malaysian dishes. So we do non-mainstream dishes, and people realise there’s so much more to Malaysian food. That’s what I’m really excited about.”

This story is produced in partnership with MYOB and The Design Files.

See more of the We, The Brave series from The Design Files here.