How to Make the Ultimate Beer Snack: Jalapeño Butter Popcorn 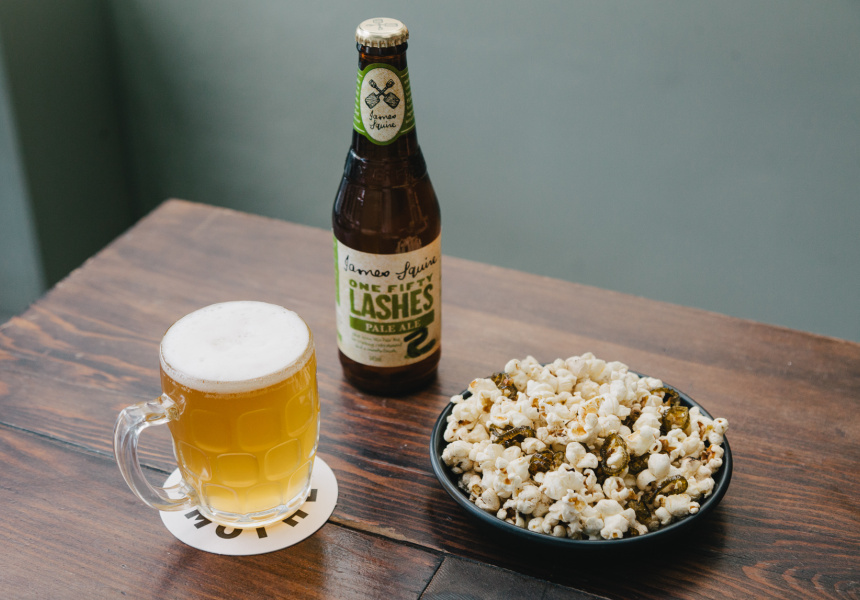 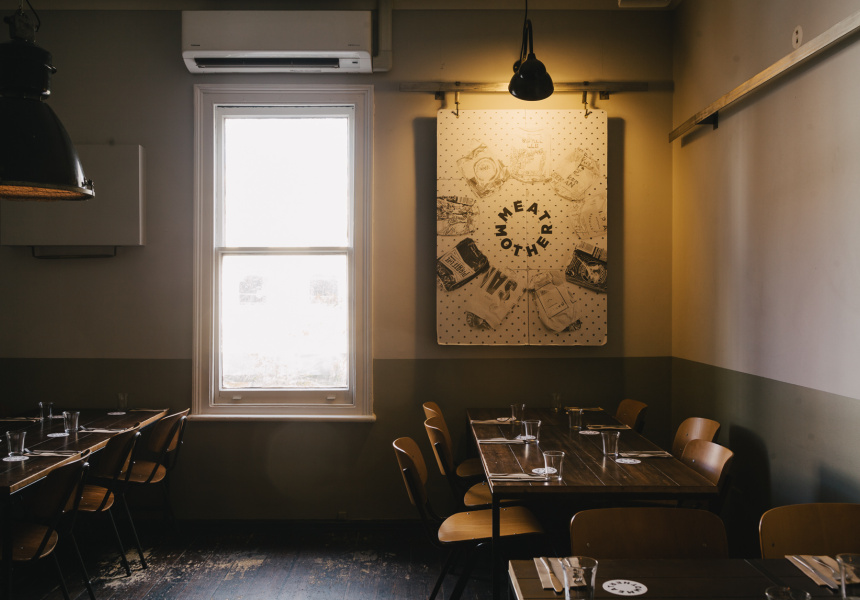 According to Neil Hamblen, co-owner of Melbourne barbeque joint Meatmother in Richmond, the idea for his menu’s jalapeño butter popcorn came like so many others: after a few beers.

It was the end of a long week, Hamblen was at home and the cupboards were bare. The kids had popping corn in the kitchen and there was a jar of jalapenos in the fridge.

“We wanted something salty and snacky to go with some beers,” recalls Hamblen. He and his partner Hayley blitzed up the peppers and added them to the popcorn. The result was exactly the delicious beer snack they were after.

This homemade popcorn prototype has since been refined for the restaurant. The first step is to make jalapeño salt. “We fry off jalapeños and then leave them to dry out overnight, and then blitz them up with an equal quantity of salt,” says Hamblen.

Next, fry more jalapeños in butter – “lots of butter” – and combine them with the salt. “We find the jalapeño salt works really well when it gets into the all the nooks and crannies of the popcorn,” says Hamblen. “It's just a good way of getting all that seasoning right the way through the popcorn.”

Be warned – it’s a spicy dish. The jalapeño salt is “where the real chilli kick comes from,” he says. “At Meatmother, we've always used chilli throughout the menu pretty liberally. The point of it is to really get those tastebuds working when you’re having a beer.”

Hamblen has a golden rule for cooks attempting jalapeño butter popcorn at home. “Always attend the pan,” he says. “No one wants a house fire so you’ve just got to watch it. You know that burnt kind of popcorn thing that you can get if you’re not watching it properly? That's really the key thing to avoid, because burnt popcorn is not good.”

Experimentation with popcorn flavours at Meatmother has gone beyond jalapeños. “I don't know if the people are ready for it yet, but we've tried making popcorn with brisket dripping,” says Hamblen. “It might not be as universally accepted as jalapeño popcorn but we think it's delicious.”

The dish has now become one of Meatmother’s most popular – the jalapeño popcorn is the first entrée on the Mother Load set menu. “It's a good way to get something straight out to the table and have people chatting and drinking,” says Hamblen “It's very moreish.”

Its success as a beer snack lies in the salt and the heat. “It's perfect for drinking,” says Hamblen. “You don't want to put it up against anything too intense. The beer is doing the cooling down in your mouth and the popcorn is doing the heating up.”

Hamblen says the popcorn works best with crisp, easy-drinking beers – brews like James Squire One Fifty Lashes Pale Ale, or Colonial Draught, a kolsch ale. “You want something nice and clean to cool down your mouth,” he says.

Here's how to make it at home.

Method
To make the salt, fry two jalapeños in oil on a medium heat until they start to crisp up. Put them in a container and leave to dry overnight. Blend with equal quantity of salt.

Add two remaining jalapeños , butter and a tablespoon of the jalapeño salt to a saucepan on a medium heat.