Produced by Broadsheet in partnership with Stella Artois.

How to Host a Party in a Small Apartment

Transform your tiny apartment into a killer party venue. In partnership with Stella Artois, we show you how it’s done. 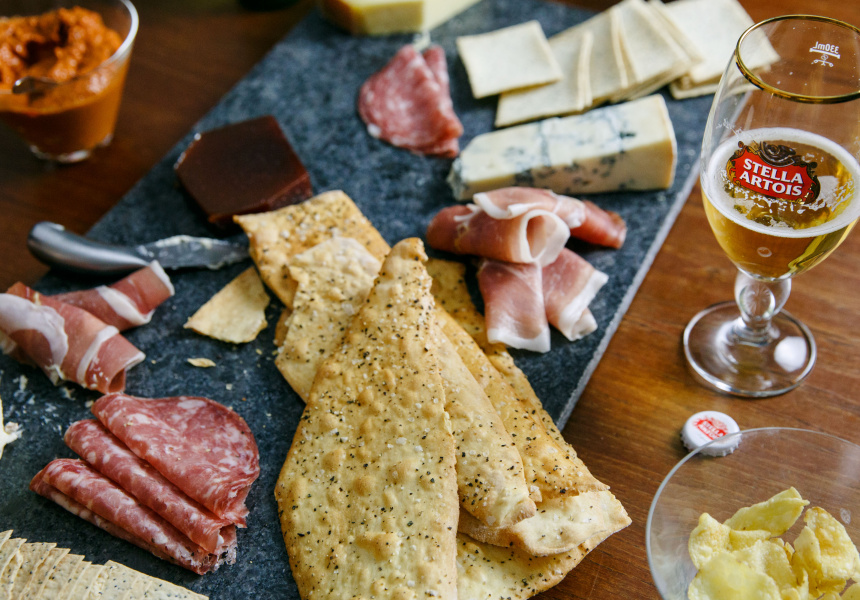 Grazing menus and platters are the best option. 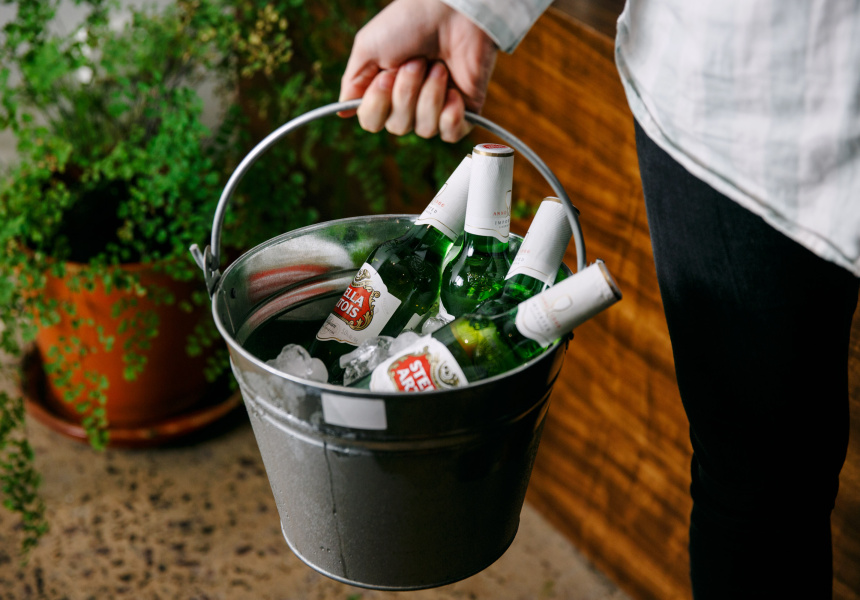 When someone says “house party”, most envision a spacious, leafy backyard festooned with lights, warming fires and a makeshift dance floor in the old laundry. But what if the reality is a little smaller?

“A small space is just an excuse to have an intimate party,” says Jade McKenzie, founder of Event Head, a Melbourne-based event management and coaching business. “You can focus on the connections with friends and give them a personal experience.”

All you need to pull it off is “a friendly host, a well-thought out space and good tunes,” says McKenzie. Here’s her tips on how to turn a tiny apartment into the perfect party venue.

Create the illusion of space

Don’t clutter the room with too much furniture. “Try and keep some distance between large items like a couch and table,” says McKenzie. “It’s awkward when you have to squeeze past people or furniture every time you want to go from one side of the room to the other, so be mindful of spaces where people will naturally flow.”

Creative lighting can also give the impression of more space. “Scatter your lighting across the room to draw people’s attention to different areas,” she says. “Try to reflect windows or light with mirrors where possible.”

As for throwing guests’ coats on the bed, it pays to keep them arranged. “Lay them on the bed with any personal items like umbrellas or bags at the head or underneath so they don’t get mixed up,” says McKenzie.

A theme ties it together

Work out the party’s theme before you make any styling decisions. McKenzie advises asking yourself a simple question: what do you want your guests to feel? The answer will influence the style.

Do you want to create a tone that is sophisticated? Clean lines and neutral tones with pastels will work best, but if you want your shindig to be fun and colourful, give yourself licence to go OTT with the decorations.

“Create a photo-booth wall with some props from your local $2 store,” says McKenzie. “Add pops of colour in different areas. Get a disco ball. Play up your style and be more dramatic than you usually would.”

Small apartments usually mean small kitchens so, if possible, look at ordering food from an external caterer so they can take care of the delivery, preparation and clean up. “For anything you’re doing yourself, prepare as much as possible in advance,” says McKenzie. “That way you only have to do a limited amount while your guests are there.”

If you’re hosting a dinner party, arrange the room to make the dinner table a focus. Leave plenty of room for people to get up and down and switch places. For stand-up parties, create small areas for people to gather in. “Even if it’s small, you can separate spaces with furniture and rugs, and give each area its own feel and tone,” says McKenzie.

Grazing menus and platters are the best option for a small-apartment party. “You can spread out the food across different areas and bite-sized pieces mean you don’t need all your guests sitting down formally to eat their meals,” she says.

A self-serve bar is the no-fuss option you need in a small space. Make a cool water jug from an old soda bottle or apothecary dispenser, which McKenzie says “always looks beautiful and takes up limited room”. Place beers in champagne buckets filled with ice on the kitchen bench. Or, if you have one, the good-old ice-filled bath.

Avoid the mistakes everyone makes

Top of the list of small-apartment-party mistakes, says McKenzie, is inviting too many guests, followed closely by a lack of planning into how they will move around the space. “Parties are all about the food and drinks,” she says. “No none wants to be hangry. Decide whether you’re going to have food and drinks spread out across the room, or make it easily accessible.”

Also overlooked is what to do with empty bottles and rubbish. “It sounds super simple but think about how big your kitchen bin is – it’s probably not enough for all the rubbish from a party,” says McKenzie. “Make sure you have some extra garbage bags on hand, grab some boxes or containers for recyclables and empty it as the party goes.”

This article is produced by Broadsheet in partnership with Stella Artois.

Produced by Broadsheet in partnership with Stella Artois. Learn more about partner content on Broadsheet. 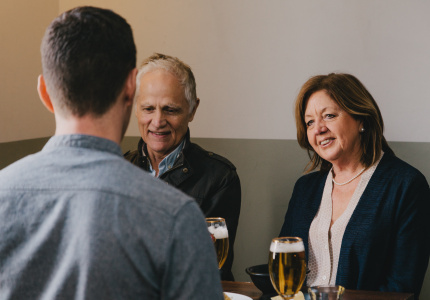 How to Host A Dinner with Your In-Laws 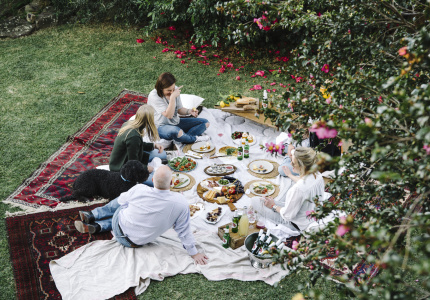 How to Host a Garden Party A First-Timer’s Guide to Christmas in July