How to Brew Your Own Kombucha at Home

Tangy, bubbly and downright delicious, home-brewed ’booch is surprisingly easy to make. Whether you’re in it for the purported health benefits, looking for a low-sugar soft-drink replacement or just keen to upskill, here’s a simple way to make your own. 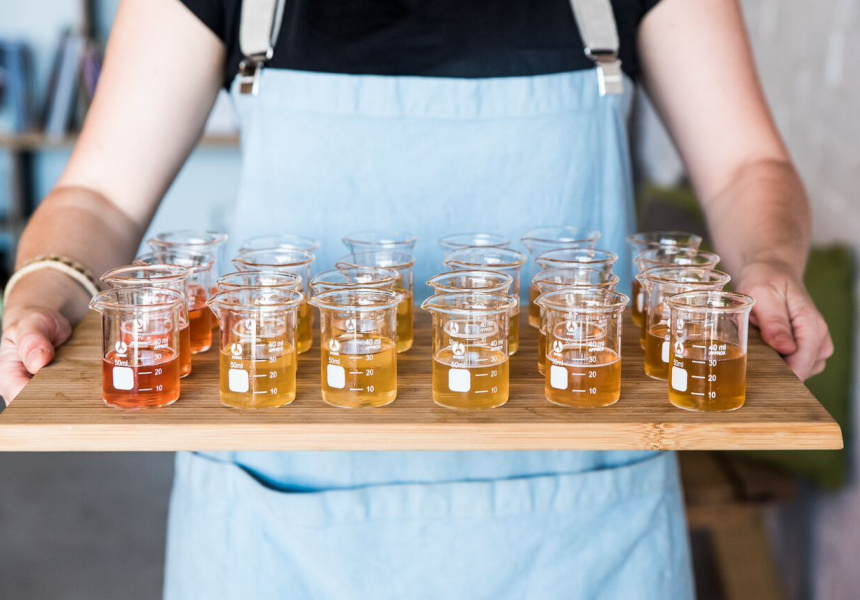 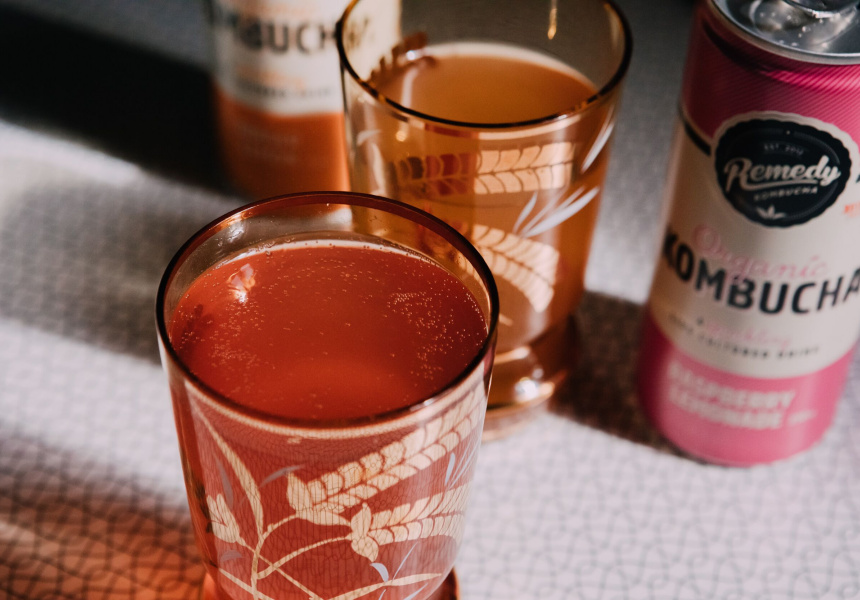 Home-brew kombucha is a bit like a Tamagotchi for adults. It needs to be fed, loved and cared for in order to grow into a tangy, bubbly adult. And while most of us are home for the foreseeable future, there’s never been a better time to care for a tiny living thing of your own (one that's harder to kill than a Tamagotchi, too).

For a brief time, it seemed like kombucha might be a passing trend. When Remedy Drinks co-founder Emmet Condon started brewing it with his wife Sarah 15 years ago, kombucha was an underground elixir, barely on the radar of even the trendiest health-food stores.

“We decided to change our lifestyles and get into healthy living,” says Condon (kombucha is said to have high levels of antioxidant-rich polyphenols by way of its tea content). “It made us feel great, and it was one of those things that family and friends loved clearing us out of. If you’d entered our kitchen back in those days, it would have looked very strange.”

The pair launched Remedy in 2012, and now the fermented fizz has cemented itself in supermarkets, restaurants, cafes and bars. You can get it mixed with booze in ready-to-drink cans, and it’s making waves at drinks award shows.

For the uninitiated, though, it can be hard to know where to begin with home fermentation. We hear a lot about “feeding mothers” and “symbiotic cultures”, but it turns out you need little more than a few tea bags, some sugar, and a couple of bottles of someone else’s brew to get going. That’s because the culture required for fermentation lives within the kombucha itself.

“The culture we started with at home is still the culture we brew with today,” Condon says. “They live forever if you look after them.”

Method
Bring water to boil, then add the black tea and let it steep for 3 minutes.

Add the green tea and steep for a further 3 minutes (“black tea’s got a beautiful, rich profile but the green is full of polyphenols,” says Condon).

Add the kombucha to the brew, cover with cloth and secure with the elastic band.

Leave in a warm room (anything over 20 degrees will do) for 7–10 days. A thin, translucent film should appear around 5–7 days in. This is the “mother”. In future brews, use this in place of bottled kombucha to kickstart fermentation.

Begin tasting on day 5, around the time the mother starts to appear. You’re looking for a slightly sour flavour, but keep fermenting if a stronger profile is desired.

Remove the mother culture for your next batch. It’ll store best in an airtight jar at room temperature in a dark place. Then transfer your kombucha into plastic or glass bottles and store in the fridge.

For extra flavour and more bubbles, once the mother culture is removed you can add a squeeze of citrus, or steep some ginger, berries or other fruits to the brew. Note that this can create a secondary ferment in the bottle – extra carbonation and more pressure – so be cautious because if using glass bottles. You may need to release the pressure occasionally.