Here’s Where to Get Your Democracy Sausage on Election Day 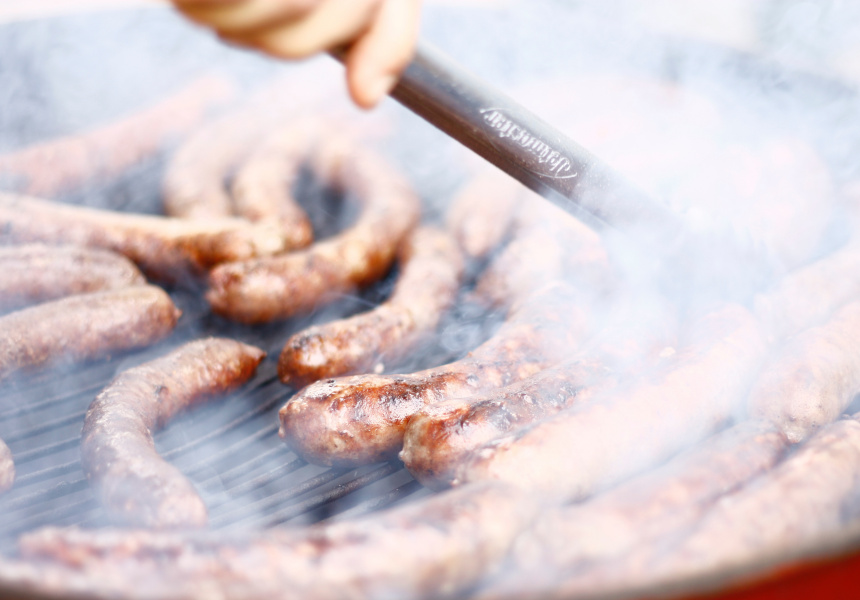 Some claim Australia’s world-record voter turnouts are down to our compulsory voting laws, but there’s another possibility. The election-day sausage sizzle.

Last year snag fans country-wide were divided by the great Bunnings onion debate, and another banger-related decision will fall on Australians as we hit the polls for the federal election this Saturday May 18: where to locate your nearest sizzle.

To avoid showing up to the polling booth and exercising your democratic right on an empty stomach, an online service is ready to point you in the direction of the nearest barbeque on election day. Democracy Sausage is a website that uses social media and data processing to plot the locations of sausage sizzles operating on election day (Election Sausage Sizzle offers a similar service). The site currently has 743 sausage and cake stalls mapped out, highlighting who the democratic snag suppliers are fundraising for. For voting locations operating sans bangers, the site ranks the probability of snacks of any sort appearing on election day, from high to low, based on their performance at previous elections.

A damning red cross will appear on the map for a no-sausage zone, and if a stall runs out of food it’ll receive a cross too. The site also notes cake availability at some sites. The Democracy Sausage team is made up of six passionate banger fans located in Perth, which means they’ll be up at the crack of dawn this Saturday to keep the map updated, an admirable commitment to democracy (and snags).

Locals on the ground are encouraged to contribute whatever knowledge they can via the hashtag #democracysausage on Twitter and the group’s Facebook page.