Produced by Broadsheet in partnership with Birds Eye.

From the humble pub counter meal to a fancy French bistro, meat and chips is the great leveller – and it’s even better when you cook it yourself. In partnership with Birds Eye, chef Isobel Little shares the secret to finding and cooking your ideal cut of meat, the best sauce accompaniment and how to crisp those chips. 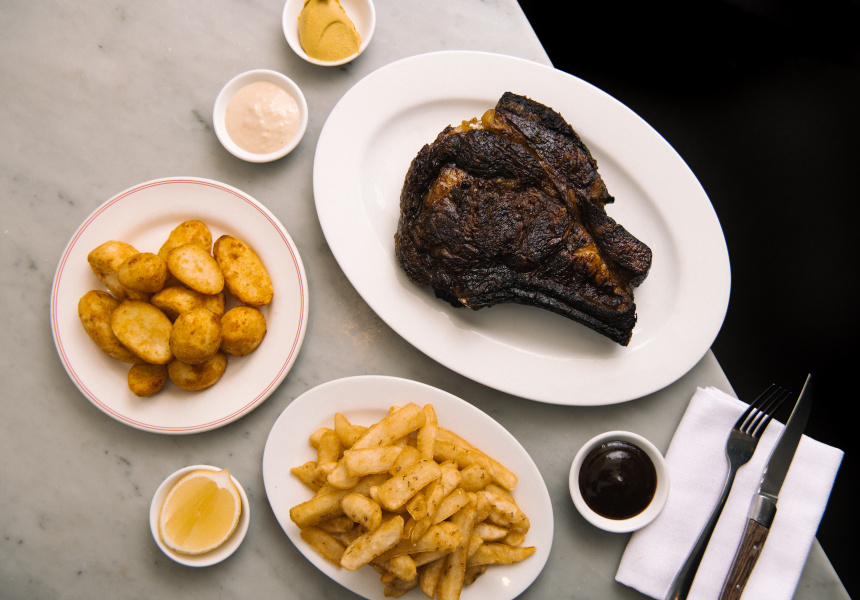 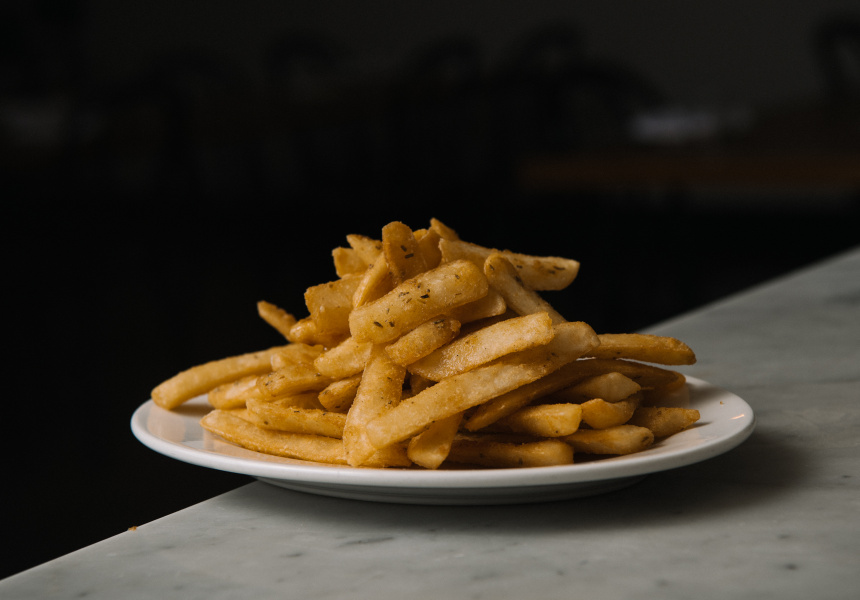 “We don’t eat a lot of meat but when we do we like to get a big old rib eye,” says Isobel Little, head chef at LP’s Quality Meats. “To cook a bone-in rib eye, it’s very impressive. Probably not the easiest thing to do, but if you’ve got a thermometer, some good salt and you’re not afraid to set your smoke alarms off, you can muster it at home.”

For beef lovers, rib eyes might be the ultimate steak. They’re large (often more than a kilogram) and deeply marbled with fat, making for a tender, flavoursome steak. At LP’s Quality Meats, they’ll typically satisfy three or four people with chips and a couple of other sides. That’s great if you’ve got company (or are happy with leftovers), but for smaller portions, consider a lesser-known cut. “Onglet is also a good cut for a small type of gathering,” Little says.

Also known as hanger steak, onglet is thin and marbled with a web of fat, making it quick to cook and soft as butter. “Butchers around the world love it because people never want it so generally they call it the butcher’s cut because those guys get to take it home,” Little says.

Cooking steak like the pros
It’s a small step, but Little suggests tempering meat (bringing it up to room temperature) before cooking. “You want the meat to be the same temperature as the room so we can allow for that really even, pink cooking,” she says. “If you go straight from the fridge you end up with that grey line that you sometimes see around the outside.” An hour or so outside the fridge will do the trick.

If you can manage it, nothing beats the flavour of cooking meat over charcoal. If not, a nice hot pan will do (though remember Little’s smoke alarm comment). Regardless, to get consistent, restaurant-grade results, use a thermometer if you’ve got access. “I’m a real sucker for a good Thermapen because they’re just so easy and reliable,” says Little.

Little recommends shooting for 45 degrees Celsius and letting it rest up to 50 degrees Celsius, measuring the temperature in the middle of the cut, but ultimately the level of doneness is up to personal preference. Once you’ve hit your ideal temperature, letting the meat rest (15-20 minutes for a big rib eye is about right) will let the residual heat penetrate the centre.

The ideal chip pairing
To pair with the onglet steak, Little opts for Birds Eye Deli Seasoned Sea Salt and Rosemary chips, which reminds her of her mum’s Sunday roast dinner. “I think classic chips pair really well with a meat,” she says. “There’s something lighter about them than heavy roasted potatoes.” They also take less time to prepare and are faster to cook than roasted potatoes.

Serving and saucing
To serve the beef, Little opts for flaky salt like Maldon pink salt and nothing too overpowering for the sauce. “I’m classic, I really like horseradish and Dijon [mustard],” Little says.

With rosemary chips, I might just do a very simple mayonnaise. I have that notion of just being at a quintessential Australian pub and having chips, a steak and a beer. I think the flank would go really well with those chips.”

This article is produced by Broadsheet in partnership with Birds Eye. See the Birds Eye Deli range of seasoned potato chips.

Produced by Broadsheet in partnership with Birds Eye. Learn more about partner content on Broadsheet.