If you've been drinking tequila with lemon, lime or salt – you're doing it wrong. Like most people, Nick Peters, Australia’s only master Mezcalier and co-owner of Melbourne’s Mamasita, used to choose tequila based on which bottle was wearing a little red sombrero.

And like most people, he’d pair it with a wedge of lime or lemon and a pinch of salt.

But age, many trips to Mexico and a desire to constantly mix things up at his Collins Street taqueria, has taught Peters there is more to this spirit than its headwear or usual accompaniments.

“There’s a romantic side to tequila,” he says. “It comes from a beautiful part of Mexico where the earth is bright red, the agaves are blue and green and the sky lovely and cloudless. For me, the thing about drinking tequila is you get a real sense of place.”

Making tequila is a lengthy process. It takes an average of 10 years for blue agave plants to become fertile. “It’s something people have to tend to for such a long time, and the amount of energy involved in growing and maintaining the plant is really honourable,” says Peters.

Considering it takes upwards of a decade to make good tequila, it might be disrespectful to disguise its flavour with citrus and salt. It’s thought lemon, lime and salt were introduced to disguise the taste of bad tequila, so with so many quality versions on the market, why is it still a thing?

According to Anthony Grindrod, general manager of Sydney’s Barrio Cellar, those masking tequila with citrus and salt are missing out on a whole range of complex flavour profiles.

A blanco tequila, such as Don Julio Blanco (typically un-aged), is smooth, with some natural sweetness of the plant. A reposado tequila, aged between two and 11 months, has woody, oak hints. An añejo tequila, aged for at least a year, has smooth, rich flavours including chocolate, coffee and rose petals.

“Tequila has a reputation, but there’s a whole other side to it,” says Grindrod

For those who would still prefer to flavour their tequila, Grindrod recommends sangrita (a bright-red, spicy fruit drink with tomato and orange juices, lime, salt and pepper) or verdita (a green mix of pineapple and lime juices with coriander, mint and jalapeño). Alternate sips of either the sangrita or verdita with sips of tequila.

“I’d then recommend a cocktail,” he says, “like a tequila-based Old Fashioned or a Margarita. We find a lot of people say they don’t like the taste, but they’re always really surprised how happy they are with a tequila cocktail.”

Añejo tequila, Grindrod says, is the perfect way to finish a night.

“You can take a bottle of Don Julio 1942, pour yourself a drink in a beautiful glass, add a wedge of orange and sit on it at the end of a meal,” he says. “Let the flavours speak for themselves.” Make Anthony Grindrod’s tequila accompaniments at home.

Method:
Put all the ingredients in a large mixing bowl and stir together. Leave to marinate for about 5 minutes. During this time, taste to check on the level of spiciness - if the jalapenos are mild, leave longer. If very hot, go quickly to the next step. Pass through a sieve into a shot glass. Alternate sips with one serve of Don Julio tequila.

Method:
Put all ingredients in a blender and blitz. Then pass through a sieve and into a shot glass. Alternate sips with one serve of Don Julio tequila. 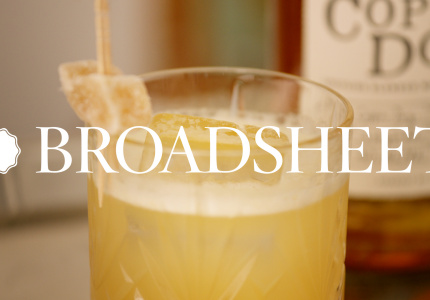 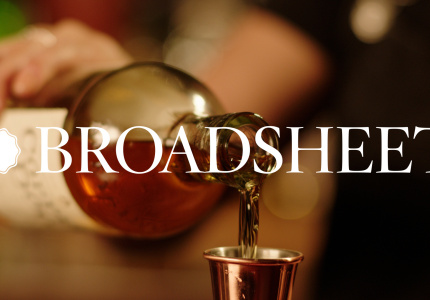