A Guide to Eating & Drinking Your Way Around Wellington

The New Zealand capital is home to some of the best drinks and eats the country has to offer. In partnership with Tourism New Zealand, we take a deep dive into this charming city to set you off on your adventures. 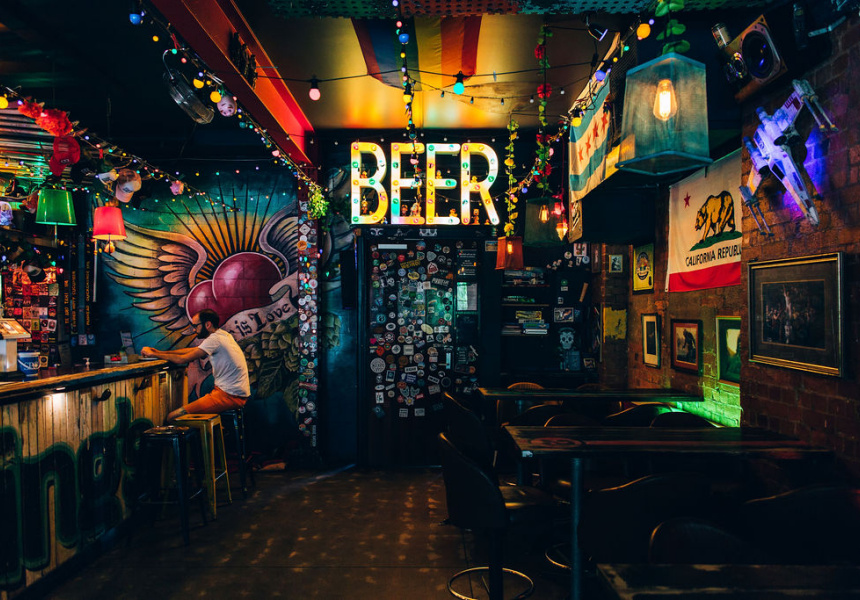 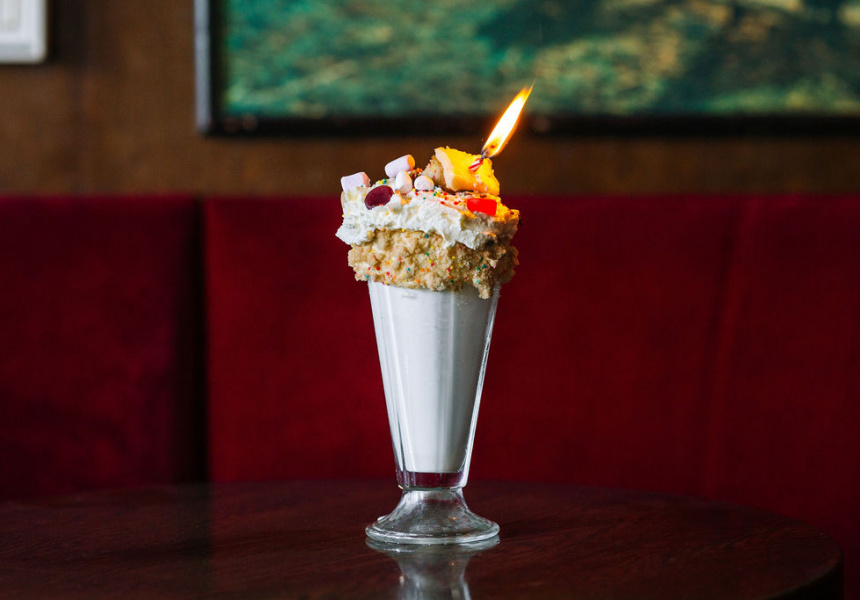 It’s hard for Australians to hear, but fruit and veg in New Zealand just tastes better. At least that was the realisation that struck me when I lived there for two years. And much of it I found in Wellington. The nation’s capital sits on the lower tip of the North Island, and has built a reputation for attracting some of the country’s best food and drink businesses. While you can bumble around town with your head down and still find something outrageously tasty to eat or drink, we thought we’d help you out with a list.

Here’s our guide to where to drink and eat in the beautiful harbourside city.

Cocktails
Like any good city, Wellington’s cocktail bars are the city’s barometer for after-dark culture. And Manners Street bar Crumpet is a fantastic example of why it works so well.

The fit-out is spare, but it has character. By day this hideaway serves great coffee and – you guessed it – crumpets. Come nightfall, it serves some of the best drinks in town. Crumpet doesn’t have a drinks menu – this is the kind of place where your bartender will ask you a few questions about your palate and conjure something wonderful. Will it be something you like? Of course it will, silly. This team is professional.

The Library, on the other hand, is exactly what it says it is: a place full of books. And also booze. This bar on Courtenay Place is not only expertly curated, but probably cheaper than it should be. The menu is extensive and unusual: see the range of Hard Shakes (boozy shakes made with gelato and topped with ganache and whipped cream), Luxury Cocktails (including the Duck Fat Sazerac – cognac, spiced honey liqueur, sugar, Peychaud’s Bitters and rye whisky infused with duck fat), and a delicious range of non-alcoholic cocktails. With the food as great as the drinks and ambiance, Library is the perfect date spot.

Crafty Brews
Kiwis can brew. Not to play favourites in any way, but Parrotdog is a favourite. The Lyall Bay brewery has five pretty straight-up brews with alternating levels of funky/dryness, but all of their beers stay somehow translucent on the palate, with clear definitions of barley, hops and water.

Other folks are rightly flipped out by The Garage Project in Aro Valley. Its hypnotically surreal branding is a pretty accurate indicator of the liquid inside. These beardy dudes are cooking up some crazy gear – sour porters and barrel-aged sours with golden kiwi. Most of The Garage Project’s beer is relatively, shall we say, robust, so you’ll roll out with a smile on your dial.

If you’re wanting to get away from the breweries and into something a little edgier, Golding’s Free Dive on Leeds Street in Te Aro is your answer. This moody joint is based on a classic American dive bar, but behind the grungy exterior you’ll find seven local brews on tap, equally interesting internationals in the fridge, a smart collection of New Zealand wines, and pizzas from Pomodoro next door.

Māori Cuisine
Kiwi cooking tends to lean British (whatever you do, don’t mention the Lamington), but indigenous cuisine is often way more interesting.

The place to try it in Wellington is Hiakai. Founded by Monique Fiso as a pop-up in 2016, this restaurant is rapidly shooting up the World’s Best lists. Fiso is keen on the hāngi – a popular Māori pit-oven technique that makes meat and yams unbelievably delicious. She’s also using relatively unfamiliar indigenous ingredients, such as huhu grub, dried tuatua and lemonwood. If you’re the kind of diner who likes to experience fine dining’s bleeding edge, Hiakai is where you’ll find that exact expertise.

Bread at Starta
Catherine Adams worked for 24 years in Sydney making desserts and pastries, including at Neil Perry’s Rockpool Bar and Grill. On returning to her homeland, she set up at Whitebait in Wellington, working alongside husband and chef Khan Danis. Now, building on her experience baking for Whitebait and running her very own Wellington Sourdough brand, she’s just opened Starta in the centre of the city. Here Adams proves how flour, water, salt and yeast can convey complicated and regionally specific flavours, perfumes and textures. There are plenty of other great bakeries in New Zealand, but Starta is undoubtedly one of the finest.

Custom Coffee
It’s a testament to independent roaster Coffee Supreme that when you Google “Customs New Zealand coffee”, the second hit isn’t a government authority but its neat little cafe on Ghuznee Street in central Wellington.

The flagship venue of this popular local roaster (distributed in Australia and Japan, too) is understated, with impeccable Danish-inspired design, raw textures and reclaimed materials. The overall effect is that of a Scandi retro kitchen. The humble interior belies the fact that Supreme is arguably New Zealand’s greatest roaster, continuing to produce award-winning and experimental roasts. To finish 2019, it released a limited-edition Yemeni coffee to support farmers in the region.

This article is produced by Broadsheet in partnership with Tourism New Zealand. Stop dreaming about your trip to New Zealand and go.