Produced by Broadsheet in partnership with Vins De Bourgogne.

A Guide to Bourgogne (not Burgundy) French Wines

What makes wine from the region so interesting? A lot of it has to do with fossils. And monks. In partnership with Vins de Bourgogne, we explore the complexity behind this renowned wine region in France’s central east. 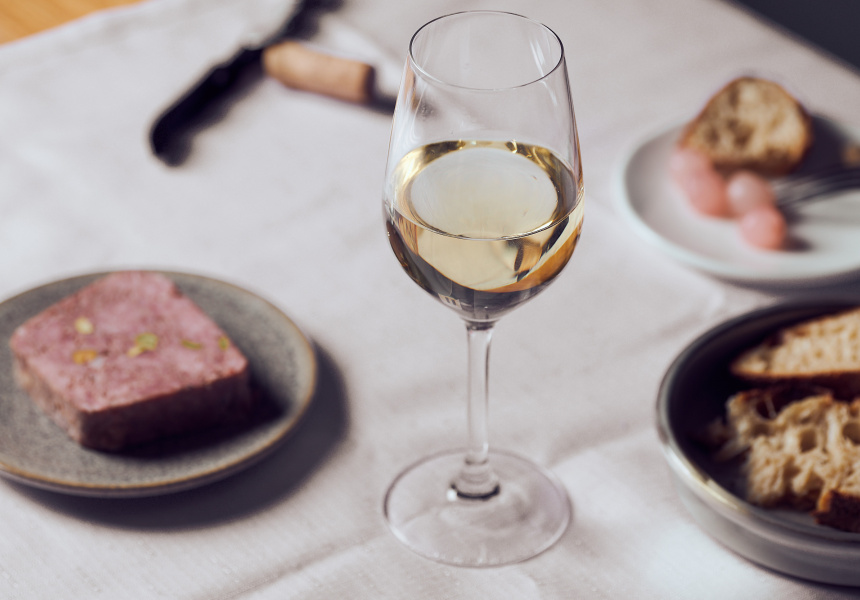 Burgundy? The locals prefer you call it Bourgogne [boor-gawn-yuh]. After all, no other wine region in France (Champagne, Alsace, Loire) is translated into English. It might take some time to unlearn. But it’s important to understand this single word epitomises 200 million years of history.

It’s really nice dirt
A shallow sea once covered Bourgogne and millennia worth of marine detritus built up in sedentary layers. But tectonic shifts over multiple eras caused some mountain-forming disruption and these layers spilled into each other. It’s thanks to this mix of Jurassic limestone and sea fossils that we can taste the delicious stony, saline qualities in Bourgogne wine.

Mapping out unique soils
Humans had a hand in shaping the meaning of ‘Bourgogne’ too. When monks started working the land in the High Middle Ages, they noticed the composition of soil and subsoil changed regularly (those untidy layers) – sometimes every 10 metres or so. So they set about mapping these changes and cultivating vines in a way that the resulting wine would reflect the characteristics of the soils.

This patient identification of the best plots to grow single-varietal wines carried on in Bourgogne for at least 10 centuries. Today those plots are called Climats and there are more than 1,247 of them. Each Climat has a name and its own unique terroir (the environmental factors affecting a crop like soil structure, elevation and microclimate).

Liquid education
“It makes Bourgogne quite difficult to understand,” Albéric Bichot admits. “You need more than a lifetime to understand everything.”

Bichot would know – his family has devoted their lives to wine. Six generations in fact. Since 1831, the Bichot family has been growing its own grapes and sourcing from other growers in Bourgogne to make wines.

Bichot admits decoding Bourgogne wine is even difficult for locals to grasp. “But step by step, when you understand the concept, it’s fantastic,” he says.

Wine maths
A handful more numbers add to the complexity of Bourgogne. That huge number of Climats sits within 84 appellations (or AOCs) – France’s classification system for protecting or restricting what it means for a wine to come from a particular place. Then there’s a three-tier hierarchy that denotes a wine’s quality or character. At one end there’s Grand Cru (the most rare) and at the other is Appellations Régionales (wines specific to the region, but not to one vineyard or village). Village wines sit in the middle, including those dubbed Premier Cru (also written as ‘1er Cru’), which speak to the distinct terroir of that Village appellation.

What’s more, across Bourgogne there are 4,000 families farming (on average) 25 acres each – all in their unique way. So, if you were thinking you’re partial to simply “Burgundy”, it might pay to read on.

It’s where terroir comes from
Delineating the mosaic of diverse wine fields is literally the origin of terroir. For example Albéric says in the village of Aloxe-Corton, there is a Climat named Clos des Maréchaudes. “[Here] you have two levels of appellation in just two hectares – half a hectare is Grand Cru and 1.5 hectares is Premier Cru,” he says. “You can say: ‘they are crazy, it’s bullshit, I don’t believe [there’s any difference]’. But, just taste. You can’t complain.”

The best way to learn is to taste
The Régionale appellations tier includes an appellation solely for the region’s sparkling wine, Crémant de Bourgogne. It can be made from grapes grown anywhere in the region and can feature any combination of pinot noir, chardonnay, aligoté and gamay. “Most of the time, Crémant de Bourgogne is used to celebrate,” says Albéric. “It’s a festive wine. It can be enjoyed as an apéritif or with dessert.

The Côte d’Or region covers both the Pinot Noir-dominant Côte de Nuits, known for its finesse and complexity, while Côte de Beaune is mainly dedicated to white wines though there are some wonderful red wines to be discovered such as Corton, Pommard, Volnay and the lesser-known Santenay and Maranges. Further north is the Bourgonge Chitry region, which is close to Chablis and offers a rich range of white, red and rosé.

Chablis, an outlier at 140 kilometres north-west of Dijon, where the Kimmeridgian (late Jurassic) soils deliver their inimitable flinty character and crisp acidity via chardonnay. However, Chablis’s surrounding, Grand Auxerrois, is home to some ruby-hued numbers, including the rare old varietal césar in the Irancy AOC.

Four of Bourgogne’s sub-regions – the Côte de Nuits, the Côte de Beaune, the Côte Chalonnaise and the Mâconnais – comprise a roughly 120-kilometre stretch, running north to south, from Dijon to Mâcon. It’s about the same distance as driving from Heathcote to Melbourne, only imagine a patchwork of vineyards blanketing either side of the road, interspersed by villages where you’ll find family estates and wineries. Heading south is the more humble Côte Chalonnaise, where wines lean towards young, easy-drinking drops. Here, the hamlet of Bouzeron is home to the only Village appellation dedicated to aligoté, a white grape used to make dry whites. In the Mâconnais, you’ll find gamay soaking up the granite and siliceous sub-soils, but chardonnay is prevalent too. You may recognise the name Pouilly-Fuissé, but skip the price tag and look to its neighbour Saint-Véran, where the chalky Jurassic bedrock similarly imbues the wine.

Bourgogne has influenced so many of the world’s wine regions, including Australian winemakers toiling among our cool-climate pockets. This is partly because of the culture de terroir and partly because it’s the motherland of elegant pinot noir and chardonnay.

Here’s a couple of lesser-known gems of the region to kickstart (or continue) your Bourgogne wine journey:

This article is produced by Broadsheet in partnership with Vins de Bourgogne.

Produced by Broadsheet in partnership with Vins De Bourgogne. Learn more about partner content on Broadsheet.