Before moving to Byron, she’s working on a couple of projects in the Bass Strait. “If you really wanted to get a taste of Australia, this is kind of what tourism is heading towards – which is experiential,” she says. 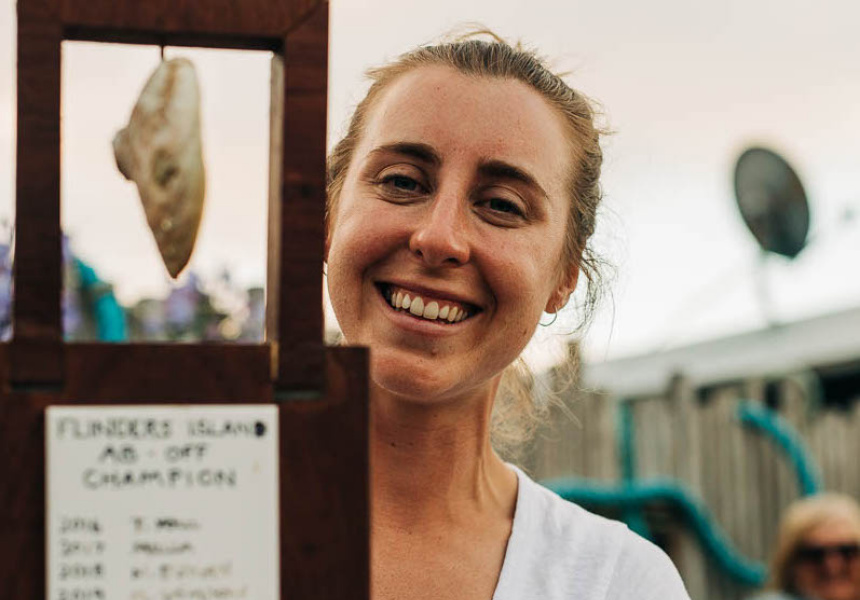 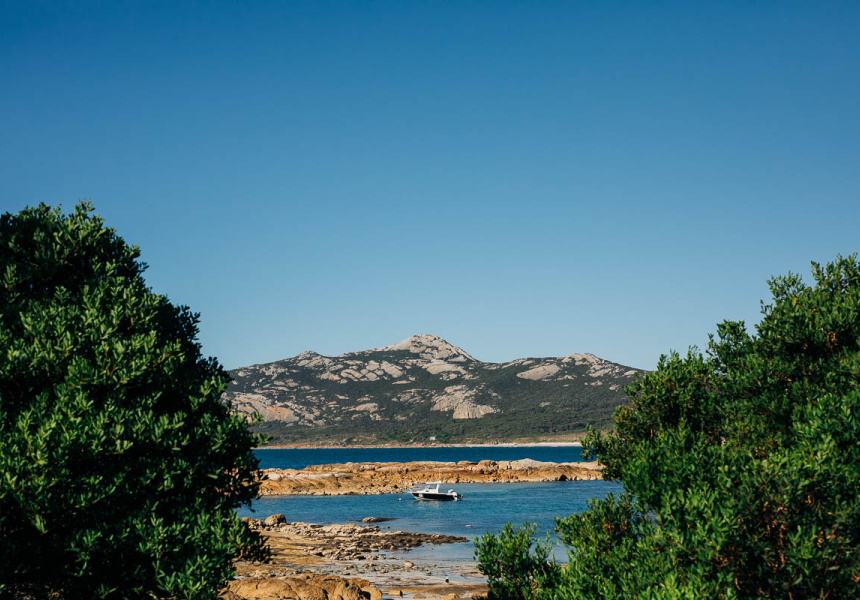 “An untouched paradise,” is Jo Barrett’s next stop after her stint at Future Food System – the 87-square-metre home and urban farm in Melbourne’s Federation Square where she and partner Matt Stone lived for six months in 2021, surviving only on produce grown on-site.

And no, she’s not referring to Byron Bay either. Barrett and Stone announced they’ll be moving north and working at Harvest, a sustainable restaurant, deli and bakery led by chef David Moyle. “The food cycle needs to change, and we’re going to be at the forefront of that change in Australia,” Stone said.

Before she heads to NSW she’ll be spending three months on Flinders Island in the Bass Strait, getting hands-on with farm projects, developing future tourism ventures and collaborating on a menu for the all-day waterfront diner, distillery and provedore at Flinders Wharf in Whitemark. And as if that weren’t quite enough, she’s recently signed a book deal.

“There’s not many places like Flinders Island left on Earth,” Barrett tells Broadsheet. “It sounds dramatic, but it’s really beautiful and abundant. The natural world there is really special.”

Barrett’s good friends Jo and Tom Youl will be both her hosts and collaborators. The couple, who run cattle on 3000-acre Quoin Farm, have also had a hand in lifting the island’s tourism game with boutique accommodation and the opening of Flinders Wharf.

Barrett says getting hands-on helps her make more informed decisions around how she cooks. She’s done stints with commercial fishers and on a cattle farm, and reckons it’s akin to paying her dues. “I’ve always been interested in it, and the times I’ve spent on Flinders – even if it’s just moving cows to another paddock – that’s really interesting.”

There’s a distinct feeling that each experience is another point on the map. Barrett says lessons from her tenure at Oakridge in the Yarra Valley were reaffirmed at Future Food System, where she learnt more about soil content, growing techniques and the use of aquaponics.

“We pushed the boundaries, I think, with productive buildings, and it works because we were in the city and that was our intention. I’d love to take some of these aspects and the opportunity to have a bit more land,” she says.

On Flinders Island she’ll also be working on a greenhouse project for the Youls, allowing them to grow for their own family as well as their hospitality and tourism interests. While there’s lots of stuff grown on the island by local producers, a lot of produce is brought in. Barrett sees scope for a project that works towards sustainability, but also resilience.

Her time will culminate in a March menu at Flinders Wharf, developed with the incumbent head chef, Mikey Yeo, and her indispensable sous-chef from Future Food System, Louise Daily.

One thing she wants to focus on is taking one ingredient and using it multiple ways. “We’re doing a lot of drying and fermenting of the garden here, and I want to take that there, introduce it to some of those ingredients and build up this dry store larder, and then execute that for March,” says Barrett. “[I’ll be] sticking to those Future Food System concepts, but from a different region and opening it up, which I think would prepare me for whatever happens after Harvest with Matt.”

While Barrett’s three months on Flinders Island could be seen as a stopgap, she’s playing the long game, hoping it’s the start of something that she can return to. “If you really wanted to get a taste of Australia, this is kind of what tourism is heading towards – which is experiential,” she says.