Produced by Broadsheet in partnership with Milklab.

It’s something that we do everyday, so we really should think about how to make it sustainable. In partnership with Milklab, here are some easy tips for making your morning ritual that little bit better for the planet. 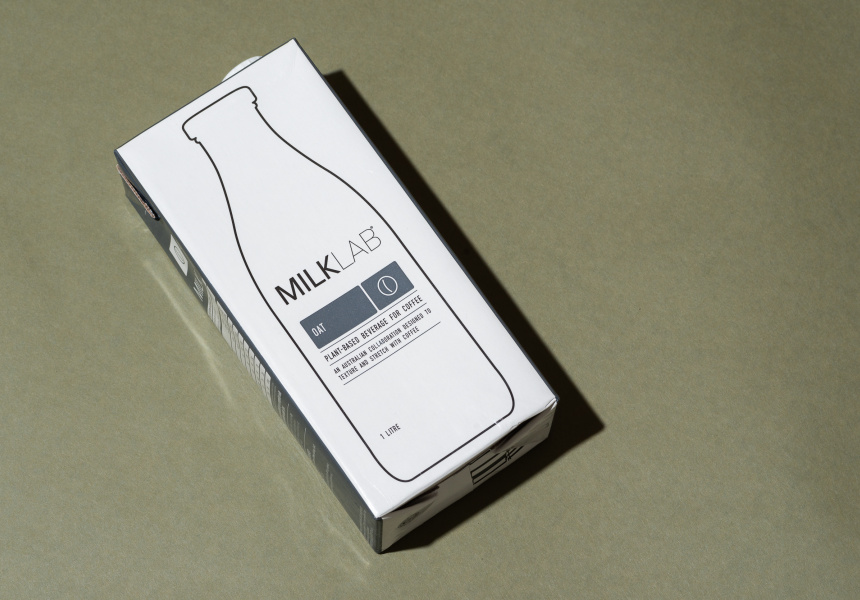 For such a simple (and very repeatable) pleasure, your daily cup of coffee should ideally be guilt-free as well. That’s not always the case, especially if you’ve left your KeepCup at home and resort to a single-use cup destined for landfill.

But there are more options than ever for consumers to make their daily jolt more sustainable, whether it’s eco-friendly vessels (including an edible option) or alternative milks. Here are four tips for greening your next cup.

Use eco-friendly takeaway cups
Millions of disposable cups wind up in landfill every year, a grim figure that inspired Melbourne’s Catherine Hutchins and Aniyo Rahebi to come up with their edible Good-Edi cups, a vegan plant-based drink vessel that you can literally eat afterwards. The locally made cups stay crispy for 40 minutes while holding liquid, and won’t leak for several hours – at which point you can munch away on them. Describing the taste (which doesn’t impact your drink of choice) as resembling a waffle cone, Hutchins and Rahebi are already working on a gluten-free version while partnering with sustainable-minded cafés. And if you’re not game for eating your Good-Edi cup, you can compost it or use it as a handy planting pot.

Take advantage of cup-swapping programs
Utilising reusable cups is an obvious choice for cutting down on waste from your daily (or hourly) café visits, but sometimes you find yourself without. That’s why more and more cafés are implementing cup-swapping programs like Green Caffeen, an industry-leading New South Wales initiative now available in more than 700 locations around Australia. It’s free to sign up and you simply borrow your Green Caffeen cup from a participating café, scanning the cup via an app. You can even have two cups out at a time, and you’re only charged for the cost of the cup if it’s not returned within 30 days – much like a library book.

Reach for a non-dairy milk
A couple of years ago a University of Oxford study showed that a single glass of dairy milk is responsible for nearly three times as much greenhouse gas as plant-based milks. And while the many different dairy alternatives have their pros and cons, oat milk and soy milk remain among the most sustainable. And more of them are beginning to cater specifically to coffee lovers, like Milklab’s 100% Australian oat milk. With no added sugar and a natural creaminess, oat milk is an eco-friendly alternative that’s picking up steam (no pun intended) alongside coconut, macadamia and other nut milks.

Compose coffee grounds at home
Did you know that you can compost your coffee grounds at home? Steeped in garden-friendly elements like nitrogen and potassium, grounds can be mixed with other garden waste to make a robust compost spread or mulch. You can also spread your grounds around certain parts of the garden – sparingly, due to its high acid content – to keep away common pests like snails and slugs.

This article is produced by Broadsheet in partnership with Milklab. Check out the Good-Edi cups at the Milklab Oat Float kicking off in October.

Produced by Broadsheet in partnership with Milklab. Learn more about partner content on Broadsheet.