Plus, coming soon: a restaurant in a former recording studio used by the Red Hot Chili Peppers, Kanye West, Beck and Queens of the Stone Age. 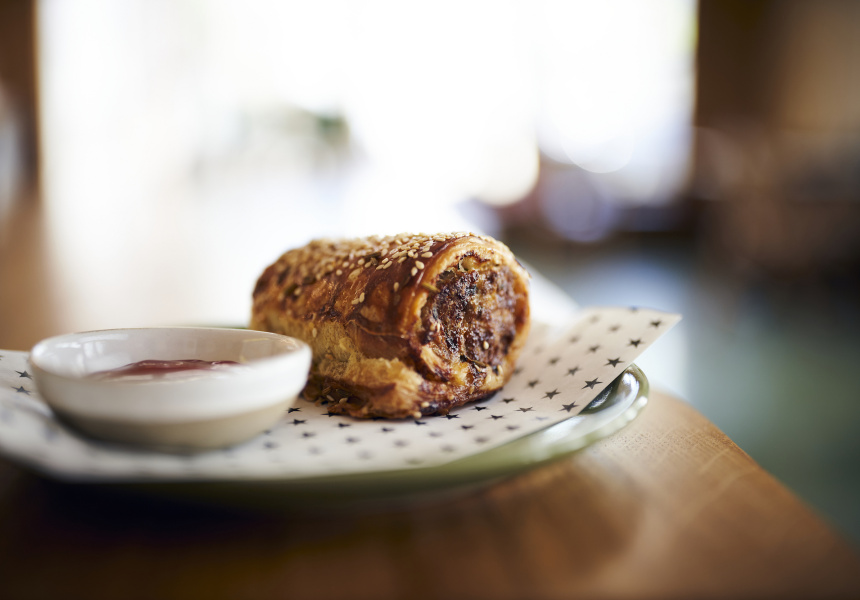 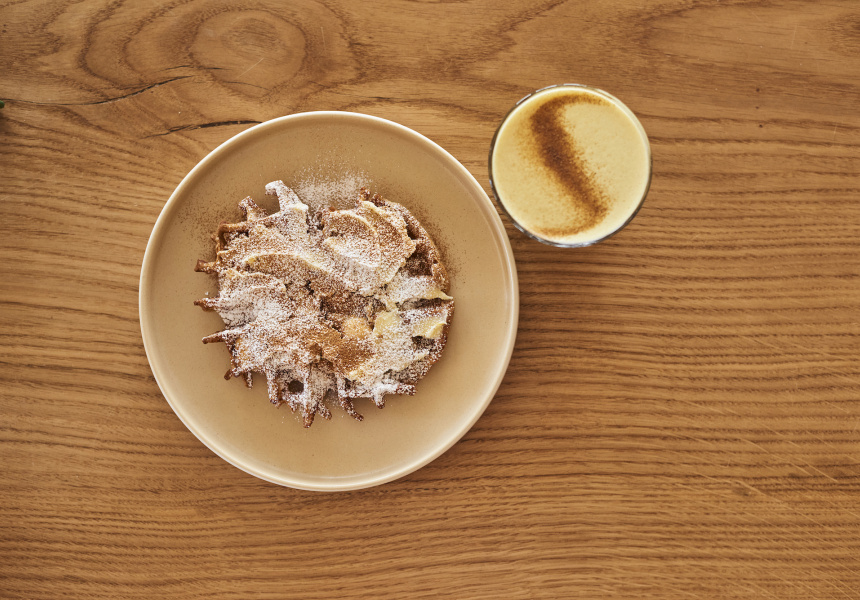 Monty Koludrovic (former executive chef at Sydney venues Icebergs and The Dolphin) and his wife, Jaci (ex-pastry chef at The Dolphin and Icebergs), arrived in LA with just enough time to get comfortable before coronavirus struck. Their time in the US has also been rocked by another huge event – the reignition of the Black Lives Matter movement.

A couple of weeks ago, Koludrovic watched on CCTV as looters (not believed to be connected to the BLM movement) broke down the door of the West Hollywood cafe, Strings of Life, he and Jaci had just opened in partnership with fellow Aussies Grant Smillie and David Combes, owners of one of LA’s coolest restaurants, EP & LP. Koludrovic is behind the menu and Jaci is on baked goods. In October their new restaurant, Grandmaster Recorders, will land. By all accounts the cafe is going swimmingly.

“I haven’t been part of an opening where there’s such unanimously positive feedback,” Koludrovic tells Broadsheet. “I think people appreciate that it’s different and it’s not just [playing to] what you think it should be doing, or trying to meet the market all the way. We’re doing what we believe in, and there’s something to be said for that.”

Strings of Life (named after an album by Detroit producer and techno pioneer Derrick May) wasn’t meant to be an “Aussie” cafe – but Koludrovic says the LA press has drawn that bow anyway. In reality, the cafe takes a little bit of inspiration from everywhere. On the extremely Australian end of the spectrum are Jaci’s Vegemite-and-cheese croissants, and a coconut and raspberry cake-loaf hybrid dressed to look like fairy bread.

“It got developed because we discovered the kids were gluten and dairy intolerant,” says Koludrovic, who left the Icebergs family at the end of last year. “We thought that’d be a good thing to put in our little [pastry] cabinet. It’s a fun dish. For people who know fairy bread it’s got nostalgia, even though it’s not shitty white bread with butter and sprinkles. But if people get excited about stuff we make, regardless of who we attract, the happier we are.”

There are also sausage rolls (“it is quite funny because Americans have zero concept of what that is”), the delightfully named “jaffingtons” (gluten-free orange lamingtons), and coffee from Melbourne-founded, California-based roasters Common Room. Like any cafe worth its salt in LA, where the cuisine is heavily influenced by Latin America, there’s a breakfast burrito, this one with shiitake mushrooms. And, with CBD (cannabidiol) legal in California since 2018, the cafe can sell drinks laced with cannabinoid oil.

While the cafe is all well and good, the main event will be Grandmaster Recorders, a restaurant and bar “bang-smack in Hollywood”, slated to open in October (global pandemic allowing). The site is a heritage-listed former recording studio of the same name, which has seen the Red Hot Chili Peppers, Kanye West, Beck and Queens of the Stone Age pass through its doors.

The studio will be converted into a bar space called Studio 71, while the factory, which once manufactured recording equipment, will become the restaurant. Grandmaster will also have a rooftop looking out toward the Hollywood sign and Hollywood Hills.

“[Hollywood’s] gone through lots of different stages – from being the glitz and glamour, to something quite gritty,” says Koludrovic. “It had a big crime problem for a while, a bit of homelessness. And now it’s going through that period of resurrection, and there’s some pretty big players moving their headquarters back in. It’s a bit of a rebirthing stage for Hollywood. It’s exciting being part of the rebirthing of such an iconic part of the world.”