Australia has been producing whisky near-continuously for 160 years, stretching right back to the convict era. Today we punch well above our weight, with several distilleries that consistently win big at prestigious global awards. Here are five of the most important thus far – and which of their many whiskies you should try. 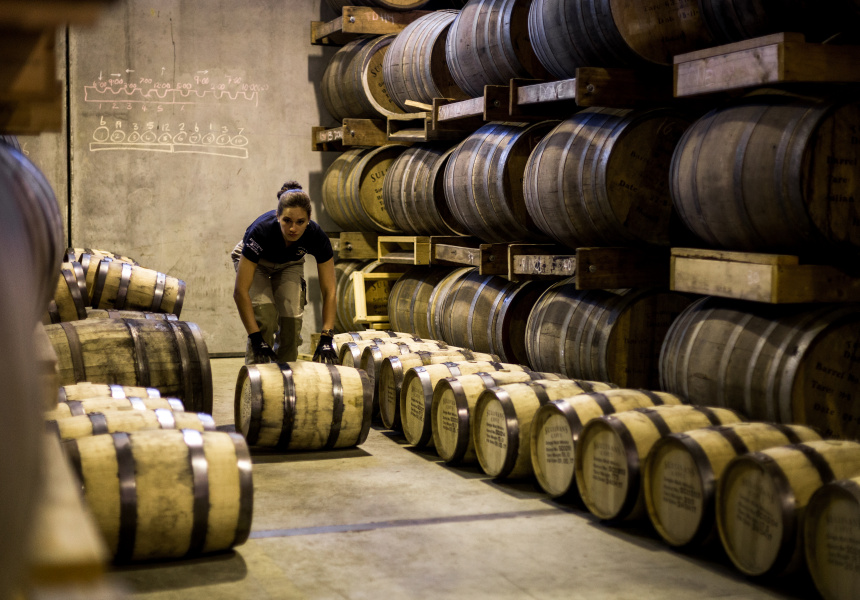 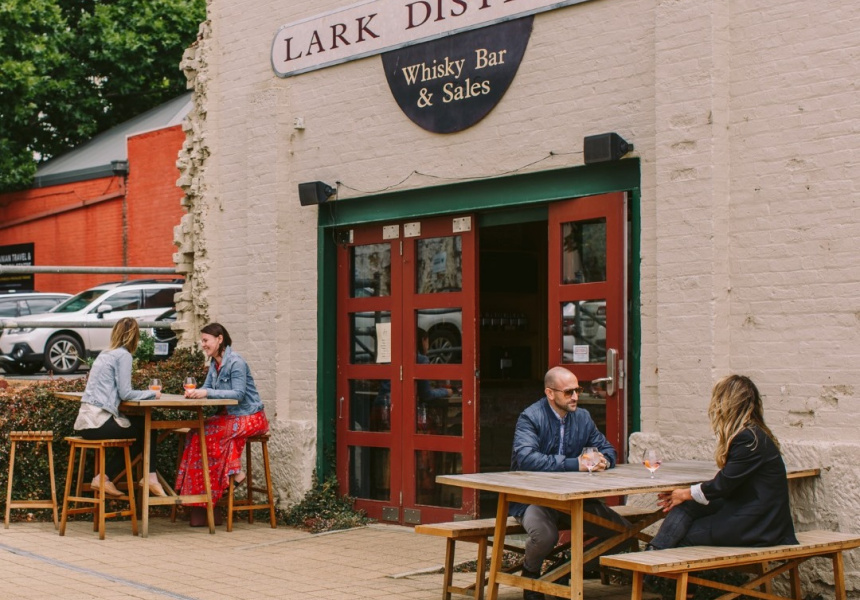 Whisky making has a long and complex history in Australia. It’s not common knowledge, but distillers have been making whisky here since the 1820s, when some rough-and-ready trailblazers started distilling in New South Wales and Tasmania (then known as Van Diemen’s Land).

The Tassie industry was wound up not long after with 1839’s Distillation Prohibition Act. Though the act was repealed in 1847, it took 150 years for the state’s industry to come back to life, when Brian Poke at Small Concern Distillery, and Lark Distillery founders Bill and Lyn Lark, started producing malt whisky in the 1990s.

On the mainland, whisky-making took off in a big way following the Victorian gold rush. Several large whisky distilleries were constructed in and around Melbourne from the 1860s onwards. After Federation, Australia became the fourth-largest whisky-producing nation in the world.

From there, a series of mergers gradually consolidated the industry and, in the 1980s, the last Australian whisky distilleries closed their doors, winding up 160 years of near-continuous production. That’s when the previously mentioned Tasmanians got to work and the revival began.

Now, whisky production here is flourishing. There are about 150 distilleries making whisky in Australia today, while more 70 of those have released their own products.

Corio Distillery
This is one of Australia’s most infamous whisky operations – some people have compared its whiskies to petrol. The enormous distillery was built in 1928 just outside Geelong by the UK-based Distillers Company Limited (DCL), the world’s largest whisky company at the time. In the decades following, it successfully produced blended whisky, gin and other spirits, and by the early 1960s, millions of bottles of Corio whisky had been sold in Australia and abroad. But into the 1980s, as whisky’s popularity began to wane, Corio Distillery became unviable and eventually closed for good – but not before helping launch UDL cans, Australia’s first ever premixed drinks. More recently, interest in Corio has been rekindled by enthusiasts and collectors trying to hunt down bottles of this now-unicorn Australian whisky.

Hear the full story of Corio on episode three of FYI, Broadsheet’s new podcast about stories we reckon deserve a closer look. FYI busts myths, helps you cook better and gives you a deeper understanding of a particular slice of Australian culture each week. New episodes drop every Tuesday.

Lark Distillery
The distilling company that Bill and Lyn Lark founded in the early 1990s has profoundly shaped the current Australian spirits scene. Most of the Australian whisky distilleries that have emerged in the last three decades have been influenced by the Larks. And what started as a hobby whisky-making operation in the Lark home has progressed to the publicly listed Lark Distilling Co, which now owns multiple distilleries across Tasmania and will soon be exporting Lark whisky to the world.

Try: Lark Classic Cask Single Malt Whisky, the distillery’s iconic flagship. Malty and rich with a hint of smoke, it’s the best place to start for a taste of Lark’s DNA. Try it neat or in cocktails that call for a punchy whisky, like the Old Fashioned.

Sullivans Cove Distillery
Tasmania’s now famous Sullivans Cove had a dubious early period after its founding in 1994. But when Patrick Maguire, a former pathology lab worker, took the reins of the business in 2004, he set out to produce the best possible whisky his skills could muster. His efforts received the ultimate reward when Sullivans Cove French Oak won world’s best single malt at the World Whiskies Awards in 2014. This is now seen as a watershed moment for the Australian whisky industry. Everything Sullivans Cove bottles these days sells out almost instantly, and the distillery will soon relocate to a new site back towards the cove in Hobart where this incredible success story first started.

Try: Sullivans Cove American Oak Single Cask, one of Australia’s benchmark single-malt whiskies. It’s matured in 200-litre ex-bourbon casks, giving you a clear look at the malt, citrus and cereal drive in the Sullivans distillate. This is one of the oldest consistently bottled Australian whiskies on the market, so it’s best enjoyed neat.

Starward/New World Whisky Distillery
When David Vitale founded Starward in 2009, he set out to produce an affordable and distinctively Australian whisky that could compete with the world’s top single malts. Since then, Starward has become Australia’s most widely available whisky. Vitale got his start at Lark Distillery, and then moved back to Melbourne to get the Starward whisky dream off the ground. The original distillery was built in an old Qantas hangar in Essendon Fields before moving to the brand’s current home in Port Melbourne in 2016. Since then, a range of successful whisky releases, including the popular Starward Two Fold Double Grain Whisky, have helped to cement Starward’s reputation as one of the world’s most exciting producers.

Try: Starward Nova Single Malt whisky, the whisky Starward is trying to get the world hooked on. The Nova is exclusively matured in Australian red wine casks, which add plenty of berries and spice to the always fruit-forward Starward. Great sipping neat, or try it with tonic or in something more serious, like a Boulevardier.

Archie Rose Distilling Co
Sydney’s Archie Rose has quickly established itself as a powerhouse of the Australian spirits scene. Founded in 2015 by management consultant Will Edwards, the distillery’s multi-spirit approach has it successfully producing almost every type of spirit you can think of. What’s more, Archie Rose’s whiskies, gins, vodkas and even rums have consistently taken out the highest accolades in the world’s leading spirits comps. The whisky side of the operation was significantly expanded last year with the opening of Archie Rose’s new high-tech distillery in Banksmeadow. The facility makes Archie Rose one of the region’s largest whisky producers, and the innovative distilling program being developed there is looking to drive Australian whisky in a new direction.