Wine lists and bottle shop aisles can be overwhelming. This quick guide – and two counterparts – is here to simplify things. Never again will you have wonder where pinot noir is grown or how a cool climate influences the taste of wine. 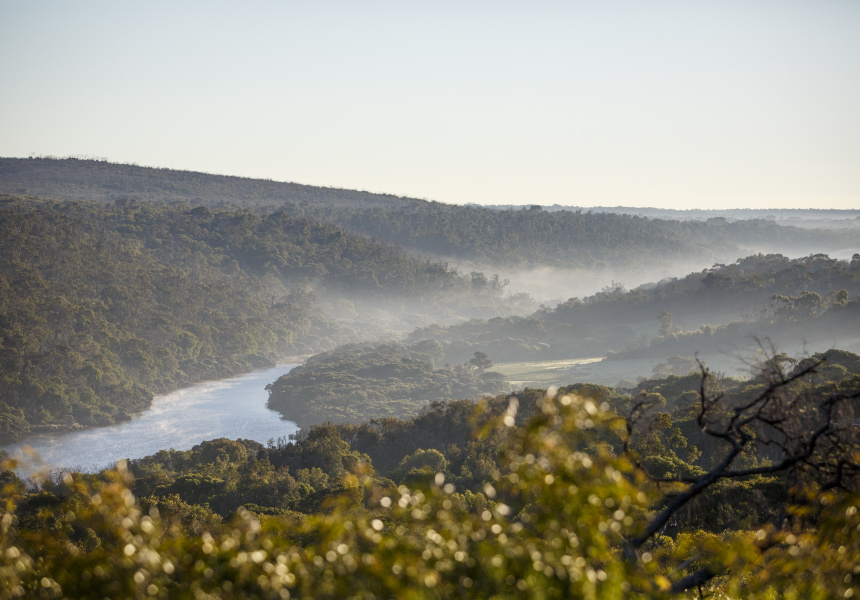 This is part two of a three-part guide to drinking wine in Australia. Read part one, Popular Wine Varieties, and part three, Modern Wine Terms.

New-wave winemakers are increasingly colouring outside the established lines, but understanding classic regional styles will help you make better wine choices and manage expectations – handy for when you don’t recognise a wine on the shelf or at a restaurant.

Knowing if a wine was produced in a warm-climate or cool-climate region is a good start. The warmer the region, the faster the grapes ripen and – generally – the riper the flavour profile. Grapes grown in cooler regions take longer to ripen but tend to have better natural acidity than warm-climate grapes, which can sometimes taste jammy in their intensity.

It’d be impossible (and perhaps impractical) to provide cheat sheets for every wine region in Australia, so in the interests of practicality, this is a wrap of the 10 regions – “geographical indicators” in wine-speak – you’re likely to find represented on bottle-shop shelves and wine lists around the country.

Adelaide Hills
Greenery aplenty. Outstanding views of Adelaide. A reputation for producing great pinot noir and chardonnay. This cool-climate South Australian wine region – just a 30-minute drive east of the CBD – has lots going for it. In the last decade, the subregion of the Basket Range has emerged as a lo-fi winemaking hotspot. Read our guide to the region.

Barossa Valley
A warm-climate South Australian region overflowing with Germanic culture and shiraz. Some of the world’s oldest shiraz vines are found here, underscoring the region’s reputation for plush and jammy red wines, shiraz in particular.

Canberra
While the capital’s vignerons can’t be pigeonholed, this cool-climate region is home to some producers of note, from the established (such as Tim Kirk at Clonakilla) to the emerging (such as Mallaluka). A area to watch.

Clare Valley
Welcome to riesling country. A picturesque South Australian wine region where big names such as Grosset, Jim Barry and Taylors work alongside emerging brands such as Koerner and Wines by KT. Elegant red wines – shiraz, cabernet sauvignon and more – are starting to assert themselves as another regional strength.

Hunter Valley
The best-known wine region in New South Wales, and one of Australia’s warmest, thanks to its northerly location. Famous for its shiraz as well as long-lived semillons that blossom from bracing lemony acid monsters in their youth to warm, toasty pleasures as they age.

Margaret River
One of the greatest premium wine-producing areas in Australia, and arguably the world. Many varieties flourish in Margaret River’s moderate Mediterranean climate, but high-definition chardonnay and complex, multilayered cabernet sauvignon are its flagships. A growing number of new-wave winemakers such as Si Vintners, Dormilona and Las Vino are helping draw up blueprints for the region’s future. Read our guide to the region and its best restaurants.

McLaren Vale
Another warm-climate South Australian region with a reputation for plush, full-flavoured whites and reds. Grenache and shiraz, in particular, are particularly consistent.

Mornington Peninsula
One of Victoria’s showpiece wine regions, where the surf of the peninsula’s beaches meets the turf of its mountainous terrain. Pinot noir, chardonnay and polished cellar doors and restaurants are all regional signatures of this cool-climate region. Read our guide to the region.

Tasmania
Although the island state is home to a variety of subregions, cool climate is consistently a defining feature. Over the past 15 years, plenty of big players in Australian wine have invested hard in Tasmanian vineyards. In their sights: pinot noir and chardonnay – both for still and sparkling wines – and spritely riesling.