Produced by Broadsheet
in partnership with BMW.

Five of Australia’s Most Singular Restaurants

Our nation’s kitchens have come a long way when it comes to adventurous fare. In partnership with the new BMW X4, we highlight some of the most intrepid restaurants in the country. 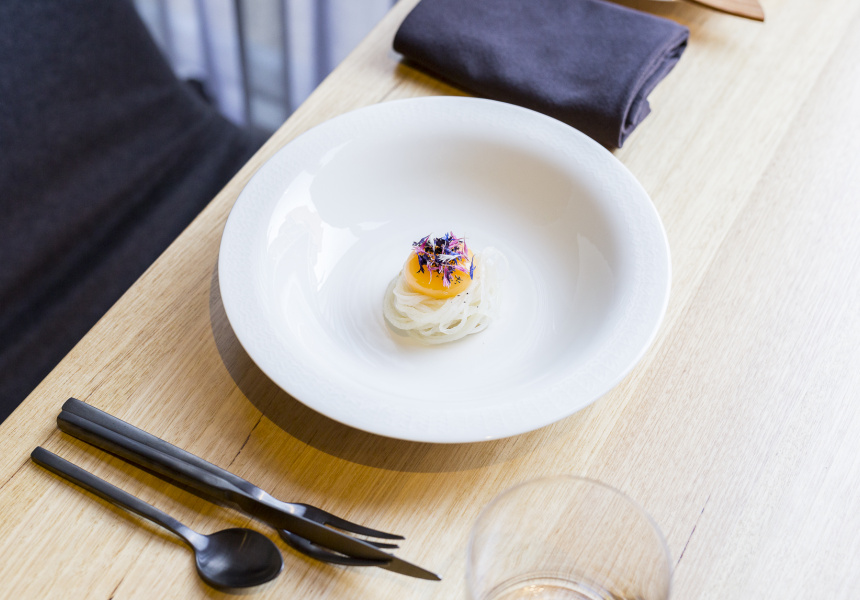 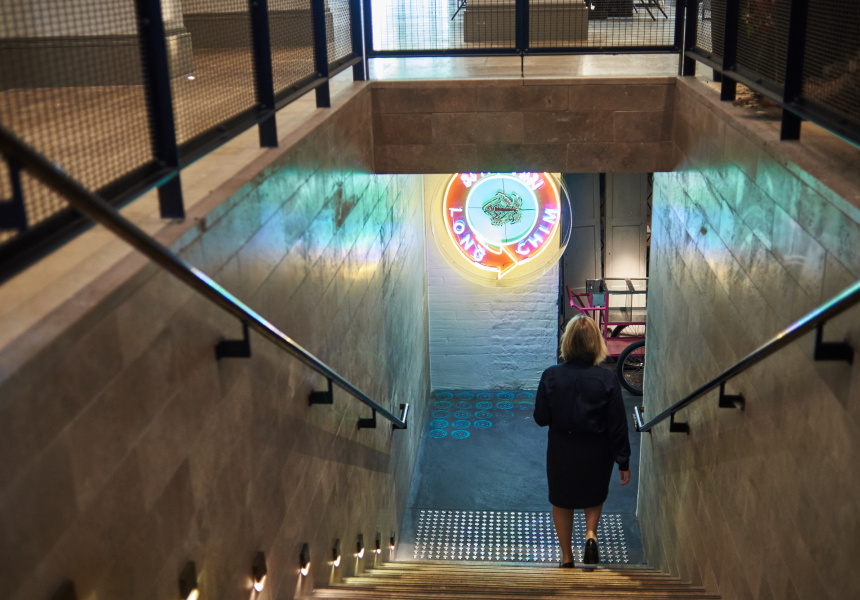 Comfort food is for the couch. If you’re going to grace the table of a professional chef, it’s always best practice to explore the extent of their powers and dive into unexpected corners of their menu.

Thankfully, we’re living in the golden age of dining. Local chefs are travelling to the ends of the earth to experiment with new techniques, returning with lessons learnt from ancient cuisines. All across the country, chefs are challenging diners to get out of their comfort zones.

Together with BMW X4, we’ve rounded up five of the most adventurous restaurants in Australia. Here’s where to go and find them.

Igni, VIC
Cooking with fire is risky. Restaurant owners know this better than most. But when handled skilfully it’s a risk that pays off. Nowhere is this more true than at Igni, a tiny diner in a Geelong backstreet.

Everything on Igni chef Aaron Turner’s menu is touched by fire – wrinkled chicken skin with tarmac and scampi eggs, carrot cooked for a day over coals, charred zucchini flowers stuffed with pickled mussel. But more importantly, also by the young chef’s prodigious imagination. His food isn’t meant to be pretty – rather it’s brutal, naked and completely delicious. Igni would be a daring restaurant on Melbourne’s CBD food hub Flinders Lane. That it’s in Geelong is heroic.

Wandering Cooks, QLD
What’s more adventurous than starting a restaurant with no menu, no chef, and no kitchen team? Angela Hirst, owner of Wandering Cooks, did just that, opening a space on the corner of Fish Lane in South Brisbane that works as a food incubator.

It means dreamers without a kitchen of their own can rock up, use Hirst’s top-notch facilities, and cook for the masses before hopefully graduating to their own restaurant. One night it might be Flavours of Mexico, another the Mussel Brothers. The only condition Hirst imposes on those who cook under the Wandering Cooks marquee is that their food be sustainably sourced and as ethical as possible. Hirst has upended a traditional business model, and in doing so rewarded Brisbane’s most curious diners.

Fred’s, NSW
A single step off Oxford Street and a short stroll through Fred’s front bar can feel like a trip halfway round the world. To a kitchen in Provence, perhaps, where Fred’s chef Danielle Alvarez stands before a leg of lamb dangling over an open hearth.

The brigade at this fire-centric kitchen works right there in the dining room, sweating quietly into their aprons and white tees, around a woodfired oven and open-fire hearth. They produce contemporary twists on simple, seasonal fare: homemade ravioli stuffed with roasted asparagus topped with Parmigiano and brown butter; salads with woodfired snow peas and a dressing of dried chilli, prune and pepitas; raw baby artichokes with roasted cipollini onion, kombu oil and mache (a nutty salad green). A lamb dish features laverbread – Welsh-style boiled seaweed. For our money, Alvarez is one of this country’s most exciting chefs – few people can do this quiet confidence so stylishly.

Africola, SA
It’s hard to summarise this staple on East Terrace on the fringe of the Adelaide CBD. In one sense, Africola is a paean to the food from Duncan Welgemoed’s youth in South Africa. In another, it’s an exploration of the produce from his adopted home – Adelaide – and a genuine collaboration with the winemakers and farmers he calls mates. It’s also the only place you can taste the mythical Mpumalanga Fire – a secret hot sauce brewed by Welgemoed himself.

Whatever it is, Africola is restless, always moving forward – sometimes trying out vegan ingredients, sometimes bringing on talented business partners such as Nikki Friedli – but always making it new.

Long Chim, WA
Look, David Thompson isn’t exactly a hot new chef. His Darley Street Thai opened in 1992, and it’s been 18 years since he first opened Nahm. But not many blokes who grow up in Earlwood have explored the stockpots in every alleyway of Bangkok, or literally wrote the definitive book on Thai cuisine.

Thompson is the definition of an adventurous soul, someone who’s curiosity has led him far, far from home. And you can explore the fruits of his exploration here like nowhere else. For example, when he can’t source Australian produce with the flavour profiles he wants, Thompson imports pastes and potions from his kitchen in Bangkok to create authentic food.

These include daring dishes such as charred noodles in a gooey gravy of pork and yellow beans, and durian ice-cream – made from “the world’s most smelliest fruit”.

Broadsheet are offering a reader and friend the chance to take the all new BMW X4 on a weekend adventure that includes a private gallery tour, dinner and night in a luxury retreat. Enter now for your chance to win.

This article is produced by Broadsheet in partnership with BMW Australia.

Produced by Broadsheet
in partnership with BMW. Learn more about partner content on Broadsheet.