Food stylist Lucy Tweed has been sharing jargon-free, laid-back recipes for her easy family-friendly meals for years. “It really doesn’t matter if you forgot to put salt in or if you’ve had one too many G&Ts. It’s cooking in the chaos that is a home kitchen.” 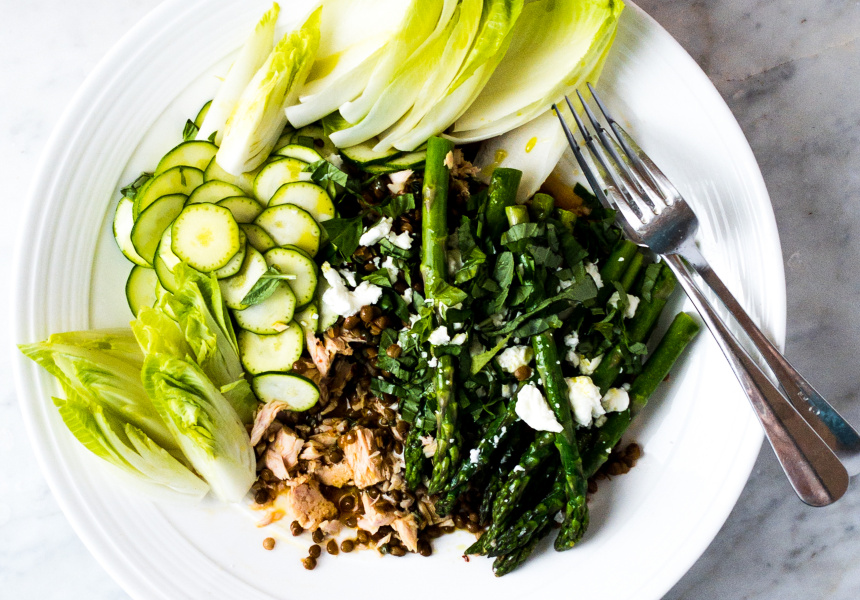 It’s 10.30am on a Wednesday and food stylist Lucy Tweed has spent the last two hours running around the neighbourhood with her three kids. When I call, she’s just slathered two kilos of chicken wings in coconut yoghurt for tomorrow’s dinner and popped them into the fridge.

“Planning is essential,” she tells me. “Very rarely do I not know what we’re having for dinner by 9am.”

Tweed works freelance (her clients include Donna Hay and Sydney's Merivale restaurant group) so she’s usually cooking during the day. Then she heads home and cooks dinner for her family of five every night, which she shares along with laid-back, jargon-free instructions that’ve become her signature style on a dedicated Instagram account called @everynightoftheweek.

Many of us upped our home-cooking game when restrictions kicked off – and conveniently, many seasoned chefs turned their Instagram accounts into makeshift cooking channels. Some of those chefs shared their recipes with the assumption that their followers have some basic cooking knowledge – allowing them to fill in the gaps and adapt at home.

But Tweed’s been posting recipes this way for years.

“It lets you feel as if it really doesn’t matter if you forgot to put salt in or if you’ve had one too many G&Ts and can’t remember exact recipes,” she says. “It’s cooking in the chaos that is a home kitchen.”

Her recipes – if they can be called that – reflect the loose, easy nature of her cooking. Here’s one for beef brisket tacos:

“A sweet slab of fatty brisket was tossed about in a super slurry that was so precise my 2yo compiled most of it.”

“Spices were selected by colour and the dosage was liberal. Or inconsistent at best.”

Tweed’s Instagram posts assume you’re across the basics, but if not, don’t be discouraged – you too can master this style. Here are her top tips:

The most important: always let you meat get to room temperature before cooking. It’s just as crucial to getting a nice, juicy bite as resting it after cooking.

“The moment you get home, take whatever meat you’re cooking out of the fridge and turn your oven on (if it’s an oven dish). Those two things happen before I even put my bag down,” she says. “It’ll cook properly and more gently, so you end up with tender, delicious meat.”

Another is to have a range of marinades and sauces in the fridge for easier prep – and to add an extra kick of flavour if you need it.

“If I’m going to make a salad dressing I always make them in big batches,” she says. Turn your wilting herbs into a pesto or salsa verde, or toss chopped aromatics such as ginger, shallots and garlic in a jar of oil to spoon over stir-fries and wontons. “With whatever you’re cooking, it’s a great to have that potent, aromatic teaspoon of flavour you can add at the end.”

Lastly, plan ahead and don’t be afraid of a lengthy process.

We circle back to the chicken wings doused in coconut yoghurt, turmeric, curry powder, ginger, onion and garlic that she’d placed in the fridge half an hour ago.

“Tomorrow night I’m going to crumb them in panko and just tray bake them,” she says. “And I know they’re going to be better because they’ve had two days to marinate and get amongst all those flavours.”