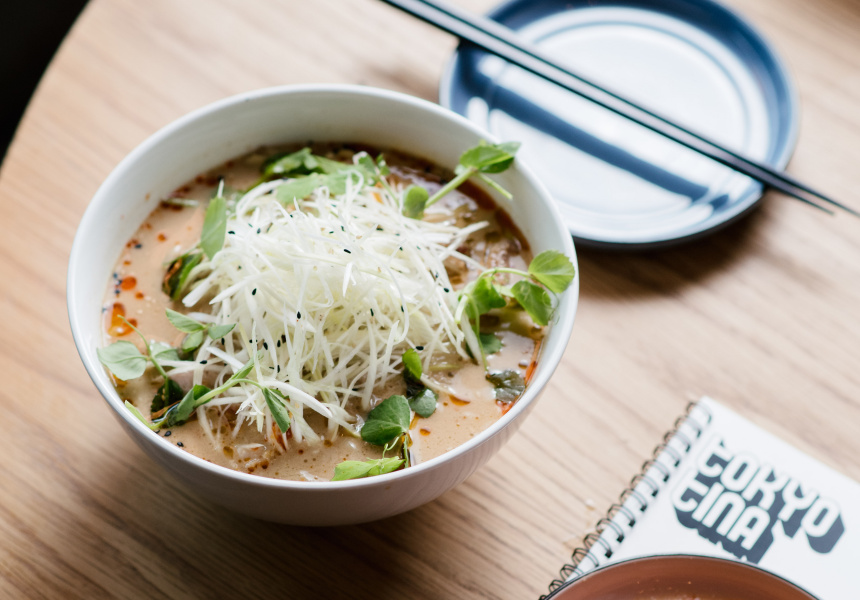 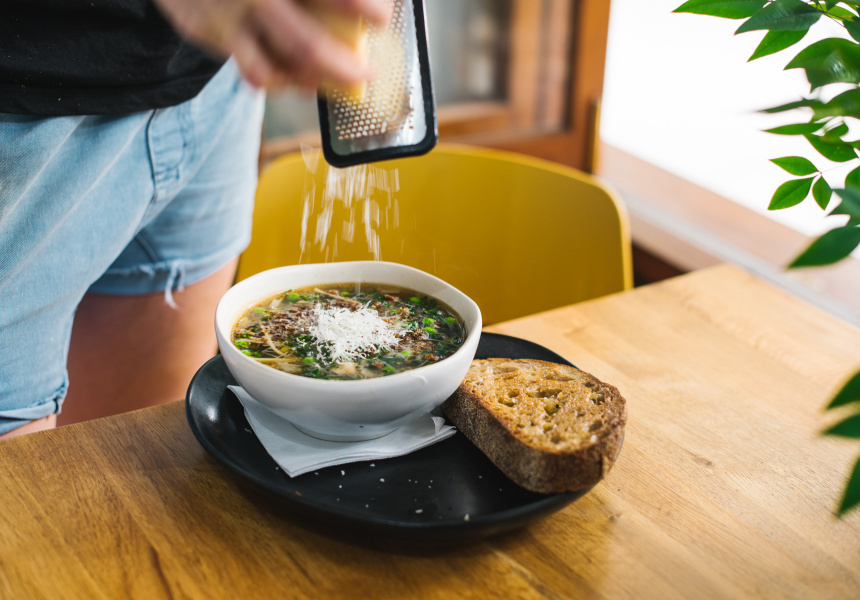 You’ve got a friend in soup. It’s there for you in sickness and in health, in hangovers and in lazy, emergency cans. But this winter is a great time to move past the supermarket stuff and get cracking on your own soups from scratch. Plus, soup is easy to scale up, cook in bulk, and freeze.

Here are eight soups – from weeknight quick-fixes, to more involved weekend projects – to get you started on your soup journey.

Fukuryu’s Vegetarian Miso Ramen
It’s tough to nail a veggo ramen. Meat in ramen serves so many roles: from a flavour perspective, it gives the dish a deep and rich umami flavour; and the collagen in the bones used to make up the stock thickens and enriches the broth in a way that’s difficult for vegetables to replicate.

But Melbourne’s Fukuryu’s vegetarian miso ramen defies all of that, thanks to a triple-whammy of roasted vegetables, funky miso-paste, and a medley of Japanese mushrooms. Together, these three elements will conspire to make you forget that ramen and meat were ever friends.

Matt Moran’s Chicken Soup
There’s no duo more iconic than chicken soup and the sniffles. How good is lifting scalding broth up to your nostrils and using the hot steam as a kind of stand-in decongestant? Matt Moran from Sydney’s farm-to-table restaurant, Chiswick and Aria has a recipe that hits all of the hearty, comforting notes that a chicken soup should. But it’s also light, which means it’s good to enjoy in any state of health all year round.

Hello Auntie’s Pho Dac Biet
This pho dac biet is a riff on the one served at Hello Auntie in Sydney’s Marrickville (and its CBD sibling). This version has been simplified for home chefs, so don’t be put off by the long cooking time. Once everything’s simmering away, the pho requires minimal upkeep. Plus, your house will be smelling fragrant all day.

Morris’s Green Minestrone
It’s hard to stuff up this Italian vegetable classic, but when you stumble upon a really good one, like this from now-closed Sydney cafe Morris, it’s worth trying.

This minestrone is slightly different to your average. There’s its rich earthy colour (it’s not red, because tomato is left out of this recipe). Then there’s a buzzy kick of chilli, which carries through whether you’re eating it hot or cold. A tip: the walnut pangrattato may seem like an unnecessary step, but it adds another textural dimension. Plus, you’ll make enough of it to use in future salads, pastas and other soups.

Emma McCaskill’s Roast Chicken Noodle Soup
This soup, by Adelaide chef Emma McCaskill (former head chef of Sparkke at the Whitmore), was designed it to be simple, adaptable and replenishing. A few slurps of this thing are more comforting than a big bear hug.

It’s ready in 40 minutes, uses roast chicken from a charcoal chicken shop or a supermarket, and you can throw in pretty much any root vegetable you have in the fridge to pull it off. It’s the most adaptable and convenient soup on this list – so it’s perfect for weeknights (even more so now that many of us don’t have commutes to deal with anymore).

Tulum’s Artichoke and Almond Soup
When Coskun Uysal opened boundary-pushing Melbourne Turkish restaurant Tulum, it was an instant classic. Since then, Uysal and his restaurant have continued to garner acclaim – Uysal even recently appeared on this season of Masterchef. This artichoke and almond chilled soup is vintage Tulum: complex, beautiful and delicious.

You’ll need to set aside a day or two in order to truly nail this. Pickling grapes, making olive leaf oil, playing the waiting game – we can see why you might write this one-off as more trouble than it’s worth. But if you have the time (and patience) for it, you’ll be rewarded with something truly special.

Andrew McConnell’s Nettle and Scallop Soup
Celebrated Melbourne chef and restaurateur Andrew McConnell gave us this unique soup recipe way back in 2010. This one may seem a tad over-the-top, and yes, you may have to go a little bit out of your way to secure the ingredients – young nettle leaves and scallops with intact roes may be beyond the purview of your nearest grocer – but we promise that getting the ingredients is the hardest part. Once you have them, this soup is easy and painless (if you use gloves when you’re handling the nettle, that is). The earthiness of the nettle and the clean, sweet-tasting scallops will make this one of the purest (and most unique) expressions of “surf and turf” you’ll ever have.

Tokyo Tina’s Spicy Chicken Ramen
A classic pork tonkotsu ramen broth can take 18 hours to make and can be a bit finicky. Tokyo Tina’s chicken ramen is speedier and better suited to the home-cook, but it doesn’t compromise on bold and punchy flavours.

One of the most common mistakes when making ramen at home is mercifully one of the simplest to rectify: make sure you don’t overcook your noodles. They just need a quick dip in the boiling water – not a long bath with candles and a good book. 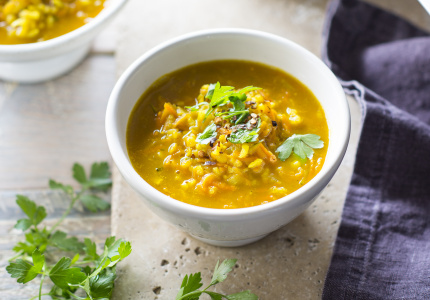