Bero’s Melbourne cafe is known for its use of native ingredients, as well as stocking spices, sauces, teas and more from Indigenous-run businesses around Australia. Here are her top picks. 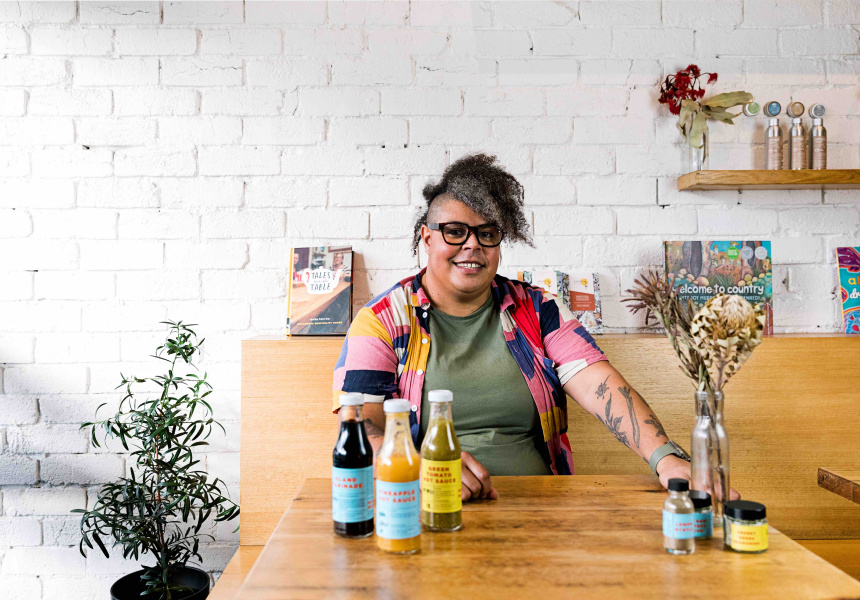 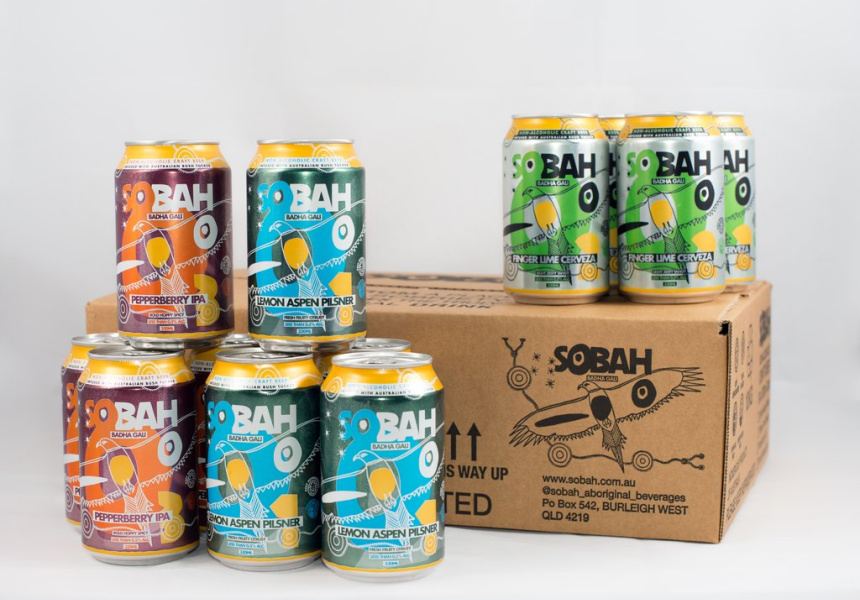 For her, food has always been about family and friends coming together, and the name of her Melbourne cafe and catering business, Mabu Mabu, means “help yourself”.

Bero’s menus are known for their use of native Australian ingredients – which, at the cafe, means you might sample “bush tacos” with spiced emu fillet and native slaw; sop sop, a slow-cooked stew with native yams, taro, pumpkin and coconut; or namas (kingfish cured in coconut and lime). All come served with a side of damper baked in banana leaves.

“When we first opened, someone said to me, ‘I didn’t know Indigenous people had a cuisine,’ and that was the weirdest thing,” Bero says. “I want to put Indigenous food at the forefront because I want to have that conversation ... We’re a collective group of cultures that have knowledge and perspectives on food to share.”

Mabu Mabu also stocks products from other Indigenous owned and operated businesses from across the country – including native food, personal-care products, and fashion.

Mabu Mabu
Bero blends her own seasonings for dishes at the cafe, and you can buy them to take home, too. Her lemon-aspen salt goes well with fish, and cinnamon myrtle works well in desserts.

“Many of the ingredients we offer can add different elements to your cooking that maybe people haven’t tasted before,” Bero says.

DIY damper kits in wattleseed, saltbush or pumpkin flavours are also available, as are house-made sauces – including pineapple hot sauce – and other condiments.

“I’m a spicy girl and my wife is a condiment queen, so I had to make sure she could get her sauce fix.”

“The lemon aspen is my favourite,” says Bero. “I grew up eating it as a kid and it’s super exciting to see it being used in such a commercial way, especially in a non-alcoholic beer that’s quite refreshing and just a little bit different.”

“I was very lucky to meet her at a conference a couple of years ago,” says Bero. “She’s an amazing woman who’s been doing this for a long time and been at the forefront of Indigenous women in business. She does some really cool stuff – especially with her teas.”

The manmarlark (Kakadu plum in Kune language) powder is made with plums wild-harvested in the Maningrida region, while the mardanggich (meaning the same in Burarra language) is a Kakadu plum spice mix that can be used as a rub or dry marinade for meats. Sales of Maningrida Wild Foods products directly benefit the local community.

“To be honest I’m not a big fan of kombucha, but I’m a fan of Jesse’s [drinks] because he makes them different – and uses those native flavours so well,” Bero says. “It’s bright, it’s colourful, it’s easy to drink.”

“We love them, they’ve been a part of [Mabu Mabu] since day dot,” Bero says. “We love that they use native ingredients really well, work with communities and do amazing stuff.”

That includes spice blends and teas, as well as chocolate bars made with Kakadu plum, pepperberry, wattleseed and lemon myrtle.

Kakadu Plum Co is not Indigenous-owned, but the business works with Aboriginal communities who set their own prices for produce, and a portion of the proceeds of each chocolate bar goes to charitable foundation The Plum Project.

Warndu
Rebecca Sullivan and Adnyamathanha man Damien Coulthard founded Warndu in 2016, and use native ingredients in all their products, including native-thyme olive oil, wattleseed balsamic vinegar, and a number of teas.

They also stock native ingredients that are dried or freeze-fried as whole leaves and fruits, or ground.

“We use their tea – they make an amazing ant and river mint tea,” says Bero. “I really like black and green ants, so it’s great to find those in their products. They’ve got this minty flavour – it’s almost like eating sherbet.”

Last year, the pair wrote their first cookbook, Warndu Mai (meaning “good food” in Coulthard’s native language) with 80 simple recipes and a glossary of more than 60 ingredients and how to use them. Sullivan also wrote a series for Broadsheet all about native food.

Yaru Water
Yaru Water is sourced from an underground aquifer in the foothills of Wollumbin-Mount Warning in New South Wales, where it’s naturally filtered by layers of ancient volcanic rock. You can get bottles of still or sparkling water, which are produced without the use of chemicals.