A trio of industry heavyweights are behind a new award championing the diversity and breadth of Australia’s beverages. We spoke to some of those behind it about what that means and why. 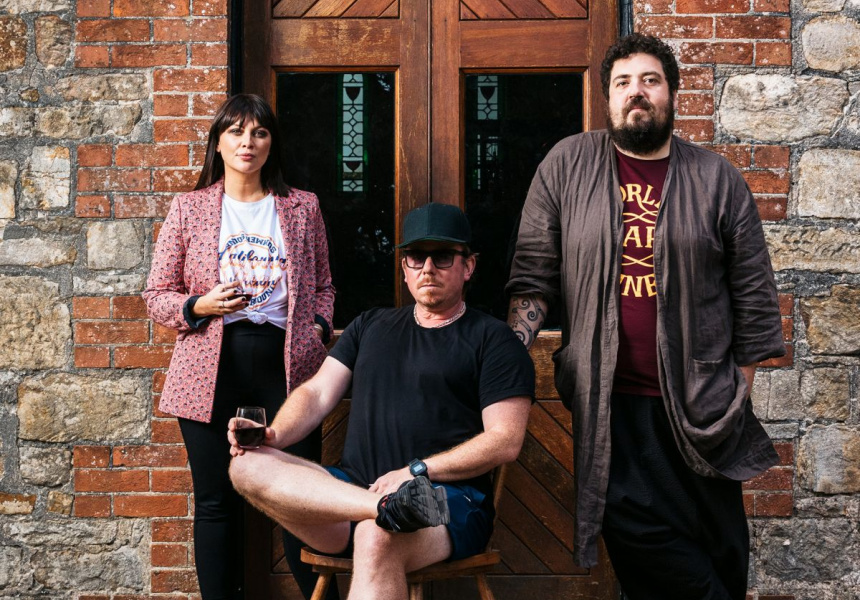 Three leading lights of the Australian food and drink scene are uniting to create a new award honouring excellence in Australian beverages. The inaugural Drink Easy Award will celebrate brewers, distillers and fermenters of beer, cider, wine, and spirits, as well as – in an Australian first – non-alcoholic drinks.

Organisers include Duncan Welgemoed, chef and co-owner of Adelaide’s envelope-pushing Africola; Mike Bennie, co-founder of P&V Wine & Liquor Merchants, drinks journalist, presenter and co-founder of Rootstock; and Tamrah Petruzzelli, drinks media specialist and director of creative agency, Super Assembly. As well as attracting some of the most innovative names in the business to judge the awards, the team has also partnered with Broadsheet to help bring the event to life.

“Drink Easy will be the biggest and most comprehensive guide for booze in Australia,” says Welgemoed. “Partnering with Broadsheet means we can deliver the award – and every producer involved – to the masses like no-one else.”

Nick Shelton, publisher of Broadsheet, says the trio represent the best the industry has to offer. “We’re so excited to be partnering on Drink Easy,” he says. “It’s an award that reflects the way people are actually creating and drinking in Australia right now. It’s about creativity, quality and talent, but most of all it’s about deliciousness, no matter what style or category of beverage it is. Drink Easy will have an enormous impact and we’re thrilled to be a part of it.”

The difference
Beverage awards are many and varied. The key difference with Drink Easy, says Bennie, is that it adds context to the technical brilliance most awards hinge on. “[Other awards use] very clinical judging conditions, far away from how consumers experience the products being judged,” says Bennie. “We wanted to create a better way of judging [that’s] not [solely] based on technocratic, existing, science-based approaches. For example, some products will be more drinkable than they are complex, and we’ll also reward diversity and style.”

Drink Easy judges will look for drinkability, personality and complexity in beverages. Products will also be judged within “style groups”, rather than in conventional groupings such as grape variety. In another departure from most mainstream wine competitions, Drink Easy judges will be paid, and have been selected for their “innate understanding” of their respective beverage cultures. The judges include Liam Pereira, a beer and cider educator and certified cicerone (beer sommelier) who’ll head up the beer and cider category, and Emma Farrelly (from Perth’s State Buildings), an award-winning sommelier who’ll oversee the wine submissions.

Anyone in the industry is welcome to enter, including non-traditional producers – such as those making natural wine, wild-fermented beer and unfiltered spirits – who may not fare as well in standard competitions. “Our levels of expertise embrace all diversities of styles available on the market,” says Bennie.

That includes non-alcoholic drinks, which have long been ignored at Australian beverage competitions. “This is really important to me,” Bennie says. He points to drinks such as kombucha and pioneering producers such as the Queensland-based, Aboriginal-owned non-alcoholic craft beer company Sobah as prime candidates for industry recognition.

Winners?
Participants won’t just receive kudos, but long-lasting, substantial benefits for their brand, says Bennie. There’ll never be an ultimate, grand winner, and every participant will receive the kind of comprehensive feedback that’s often lacking in other competitions.

“Most wine and spirit shows in Australia don’t give feedback on every single product in a coherent and detailed way,” says Bennie. “In partnership with Broadsheet, we’ll help offer a matrix of information that consumers can access permanently, which will allow them to find the best drinks for their taste.”

Submissions open on June 3. Once judging concludes, the awards will take place over a series of ceremonies in November throughout Australia, including landmark ceremonies for the best in each category in each capital city.

Subscribe below to receive updates about the Drink Easy Awards and other news, events, and offers from Broadsheet Media.