I may have failed to improve that viral whipped coffee, but I did manage to spark the curiosity of someone with actual knowledge and experience. Follow this chef’s lead and you’ll be slurping luscious coffee foam in no time – you can even infuse yours with coconut cream, if you like. 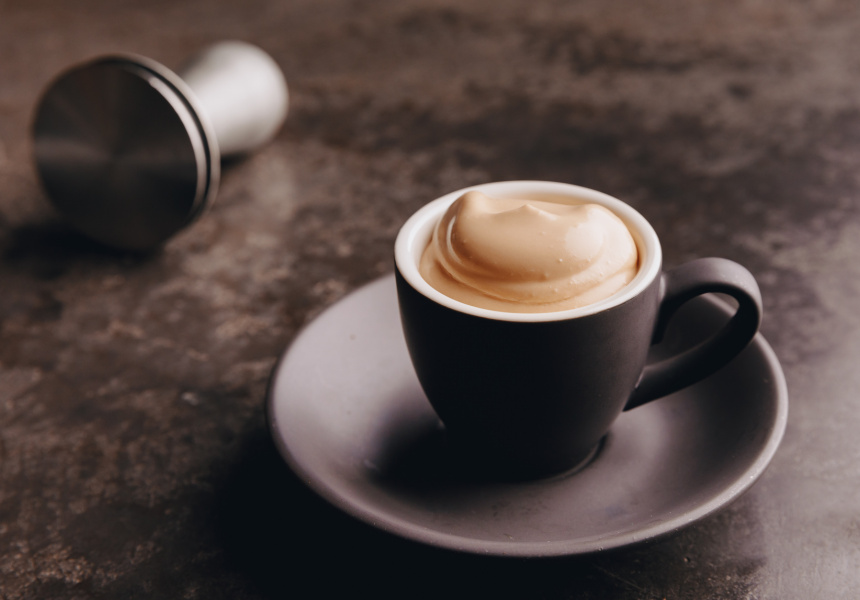 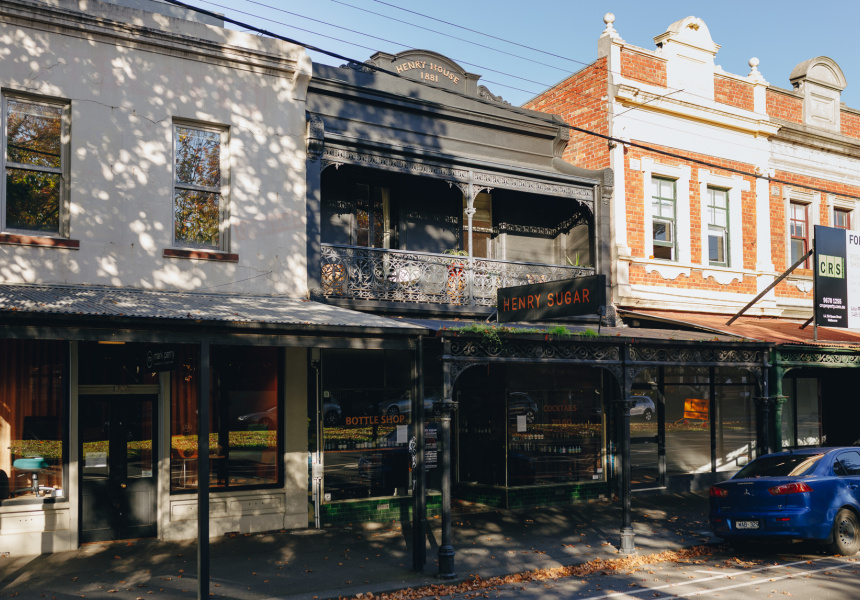 Earlier this month I tried to improve that viral whipped coffee, dalgona, using real coffee, rather than instant coffee. I succeeded … in destroying my kitchen several times and wasting $40 worth of ingredients. Though my wife eventually came through with a coffee-infused Italian meringue, its mild flavour and overly complex preparation didn’t fully scratch my dalgona itch.

The next week I got a text from Michael Baker, a pastry chef with experience at Michelin-star restaurants, who co-owns Melbourne wine bar Henry Sugar and oddball ice-creamery Kenny Lover. I’d previously asked for his valuable advice, only to put it aside due to sheer impatience.

“I finally had a bit of time on my hands,” Baker said, and shared some photos of himself spooning luscious, caramel-coloured foam from a mixing bowl into a ceramic cup.

Oh yes, it turns out even respectable pastry chefs are susceptible to the dalgona craze. But where I failed, Baker (predictably) succeeded. Twice. He was fed up with watching my hacky efforts from the sidelines, I reckon.

Both of Baker’s recipes are vegan and served cold. The first is a long black stabilised with methylcellulose F50, a compound sourced from green plant cell walls. It’s not common in stores, but can be found online. Otherwise, you can use the soy-derived protein, Versawhip. (My own attempts with plant-based stabilisers such as soy lecithin and guar gum resulted in thin, slimy foam with the texture of snot.)

“If you get the quantity of methocel right, it doesn’t have that sliminess to it,” Baker says. “It’s a loose foam, but it’s quite stable. It’s not as dense and thick as say, whipped cream or the original dalgona.”

The second recipe uses espresso and Kara-brand coconut cream, which is stocked at most supermarkets. It’s closer to the instant-coffee dalgona in terms of texture, but tastes more like cafe cốt dừa – Vietnamese coconut coffee.

“That coconut cream has its own stabilisers [xanthan gum, guar gum and carrageenan] in it already, which makes it extremely easy and versatile,” Baker says. “I’ve used it in countless desserts.”

Method
Combine the sugar and methylcellulose in a small bowl or ramekin. Add to the chilled coffee and combine using a stick blender or electric mixer. Beat until fluffy.

Method
Combine all the ingredients in a small bowl or mixing jug and stir together. Transfer to the fridge. Once chilled, remove from fridge and beat with a stick blender or electric mixer until fluffy.