From Crop to Cup: The Myth of Direct Trade

You buy your coffee from that one special coffee shop, but where do they get it from? And where did the people they got it from get it from? We go right back to the source to follow a crop all the way from farm to cafe. 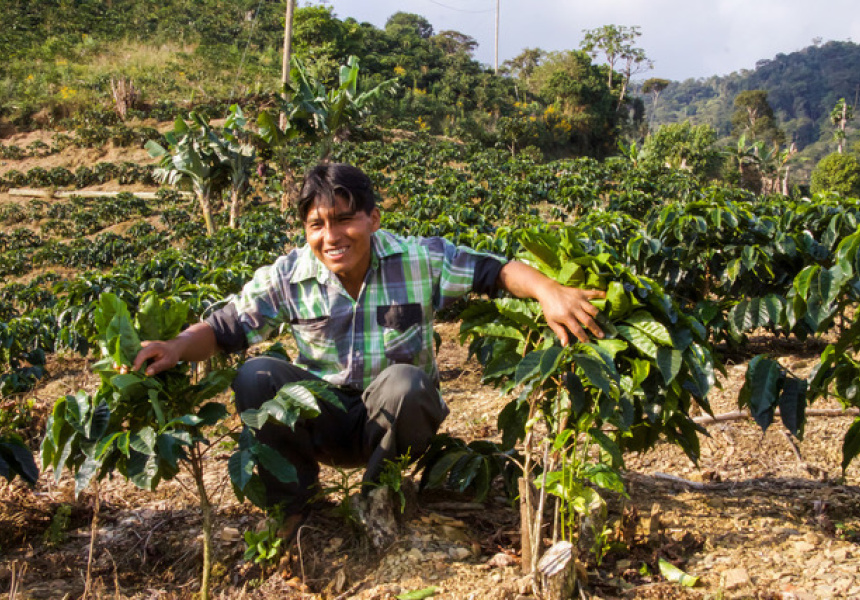 “Paddock-to-plate” dining has lead Australians to expect new levels of freshness in our produce, much of which is harvested just hours before it turns up on our plate. Simply put, we’re spoilt. But not all food industries are capable of delivering at such a tempo.

With the exception of a small region in the north-east, Australia is not well placed to cultivate coffee – it’s too dry and too flat. Almost all coffee sold in Australia is imported from Indonesia, Africa and Central America.

Yet the term “direct trade” – and other increasingly redundant buzzwords – have become dog whistles for coffee seekers. They imply a sense of immediacy in a supply chain that, in reality, takes months from start to end. It misrepresents the process and can ignore the good, hard, and important work performed by people and organisations along the route.

So what does the life cycle of your morning brew really look like? Broadsheet (with help from Melbourne Coffee Merchant’s Mel Cooke and Monastery Coffee’s Adam Marley) has charted the journey of a single coffee all the way from the growing fields of Bolivia to a coffee shop in Adelaide – some 13,848 kilometres. 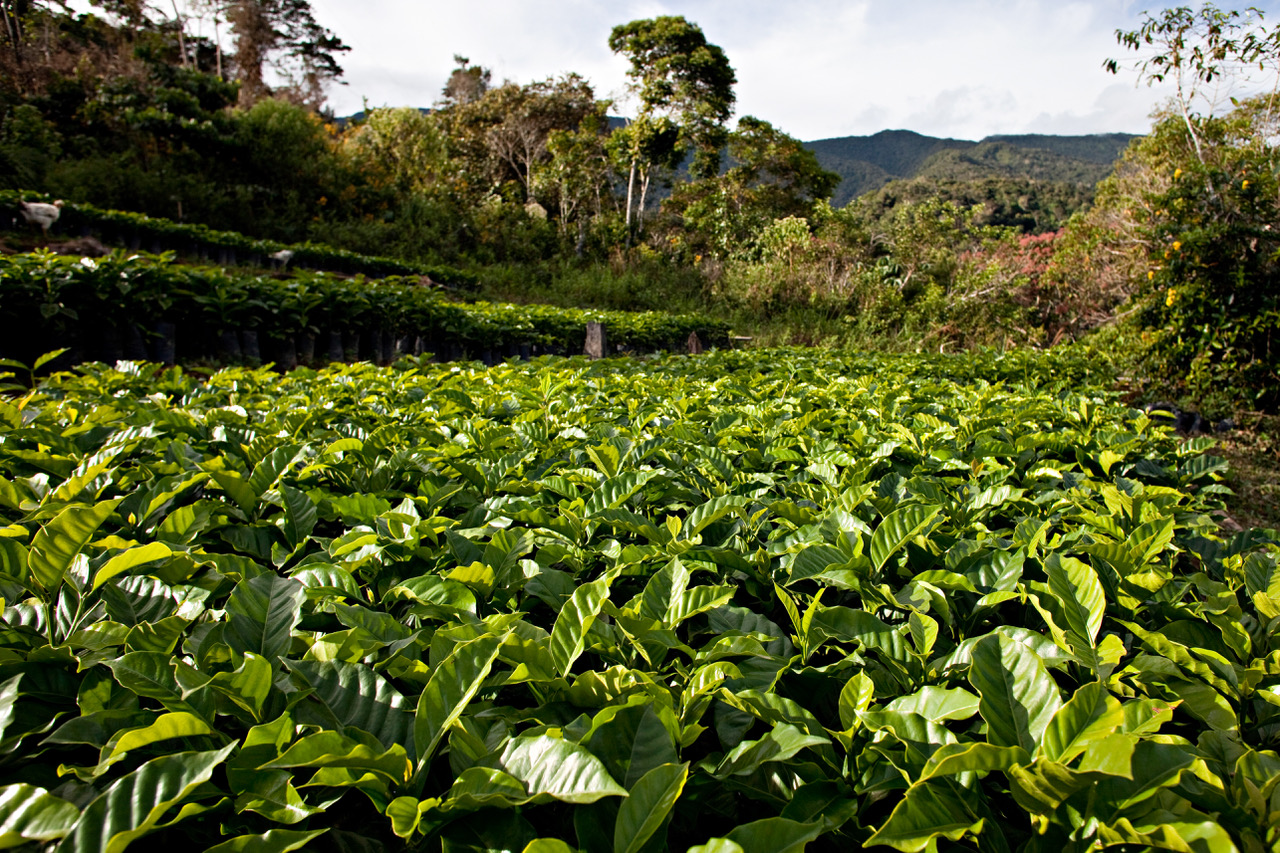 The seed
Coffee grows on trees. The “bean” we all recognise is actually the seed of a cherry – like the pip in an olive, except there are usually two. Each tree takes three to five years to bear its first viable crop, and attentive husbandry is vital if it’s to produce good fruit. “This is the first chance for quality to dip,” Marley says. “Everything from the number of trees and how they’re spaced, to the preparation of the soil, fertilisers and protection from diseases and pests has to be considered.”

The coffee in this article was grown by Nicolas Colque, a Bolivian coffee farmer with two decades’ experience. Colque lives with his wife Maruja and their two children on the family’s 10-hectare plantation, La Florida. 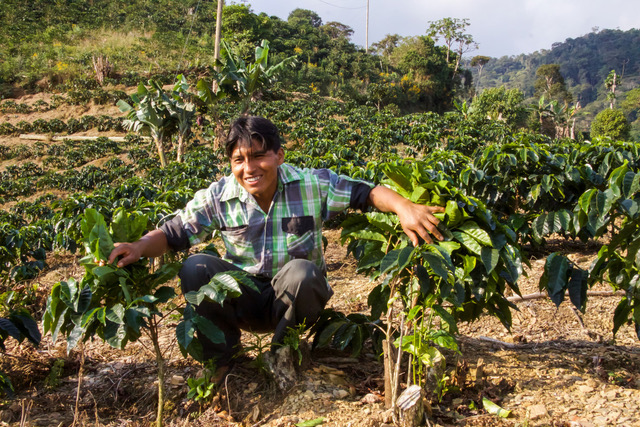 Harvest
In most countries, cherries are picked by hand; plucked over a ripening period of two to three weeks. The best farms pick only the ripest, red cherries, making several passes through the plantation. “Global warming is making harvest periods trickier to predict,” says Marley. When it is time, it’s all hands on deck.

Bolivian farmers often help strip their neighbours’ trees, or hire seasonal pickers (Colque’s introduction to coffee farming was working as a picker, earning US$1.20 an hour). Harvest means long days and hard work. Marley says that aside from environmental factors, financial pressure can also influence how picking is carried out. “Can the farmer afford to pick over a couple of weeks, or does he do it all in one go – because he needs money now? He might need to buy medicine or pay his kid’s school fees. These are real concerns for a lot producers.”

Transport
Degradation begins as soon as the cherries leave the trees, so they are immediately transported – by any means available – to a mill for processing. Our coffee is loaded into taxis and driven to a mill operated by a company called Agricafe, owned by experienced farmer and advocate for Bolivian specialty coffee, Pedro Rodriguez. 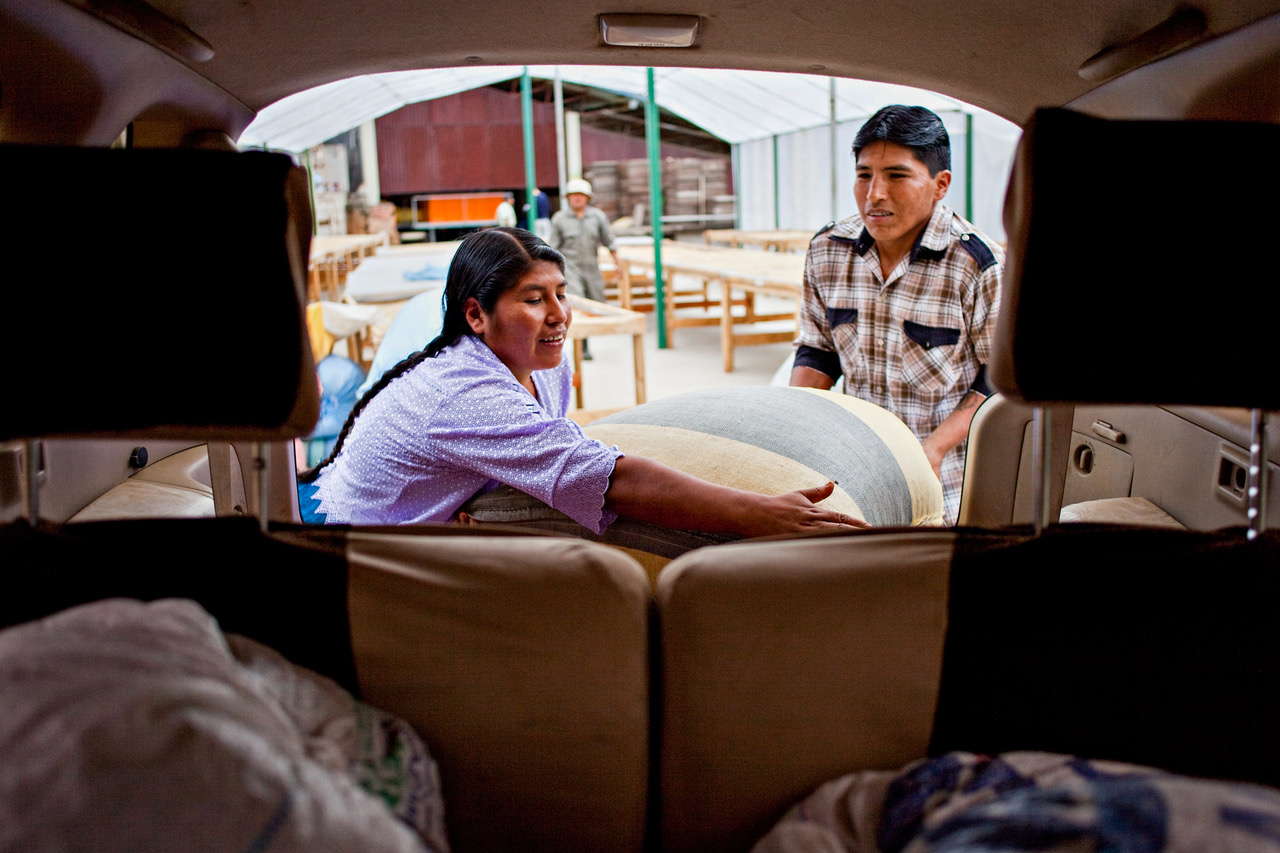 Milling
Coffee seeds need to be extracted from the cherries and thoroughly dried before they can be exported. This is done via one of a couple of processes, depending on the region and available facilities.

In “washed” processing, cherries are first sorted by floating them in water. Defective or unripe fruit floats and is removed, and the good fruit sinks. The cherries are then washed though a series of machines to remove the flesh, leaving only the beans.

In a “natural” process, the crop is cleaned and then laid out to dry, with the skins intact. When the flesh is dry, it is removed by a technique called “hulling”.

“Some farmers mill their coffee at the farm using crude hand tools,” says Marley, “Which is another way of damaging the product.”

Side note: if you’ve ever spotted “cascara” listed on a cafe menu, that’s a tea made from the discarded cherry skins that have been dehydrated. It has a fruity, hibiscus or blackcurrant flavour. 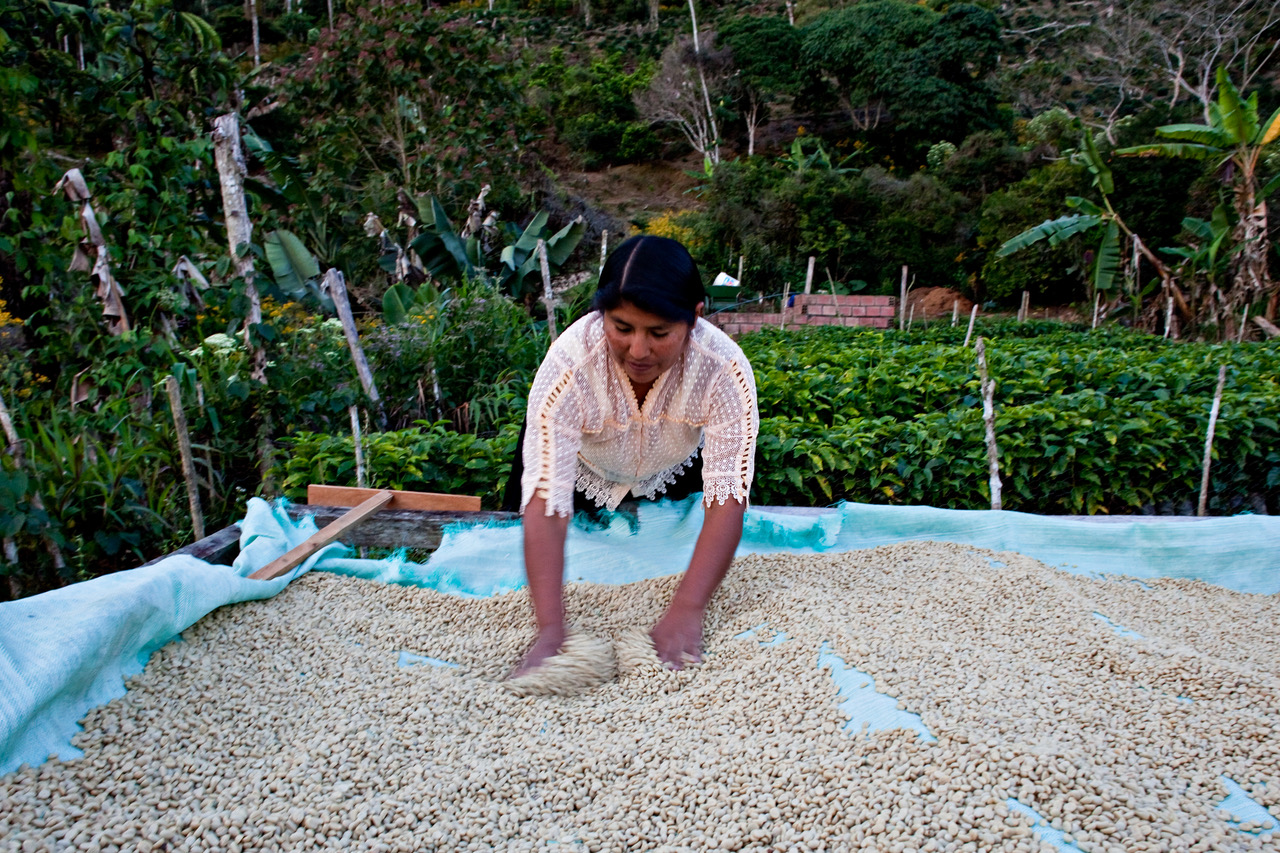 Drying
The de-pulped beans need to be dried down to about 10 per cent moisture content. “This is another huge factor in the quality of a coffee – maybe even the hugest,” Marley says.

Agricafe uses raised drying beds (hessian netting stretched over wooden frames) to dry coffee in the sun. This method allows air to circulate between and around the beans, drying them evenly. But there are still risk factors.

Depending on weather, the process can take between two and four weeks. “It could rain or get really hot,” Marley says. “It’s unpredictable and you really need to be on it.” Other drying methods include patio drying, where beans are spread out on a dirt or paved surface and raked over. In some countries, mechanical tumble driers are used, but this is uncommon at specialty level.

Sorting
Not all the seeds will be the same shape and size. They need to be sorted for consistency. Marley’s coffee is mechanically sorted by passing it through a number of grading sieves. “Consistent screen size is integral to achieving an even roast,” he says.

In lesser-developed countries, grading is done by hand, and often by women. It’s an arduous, punishing practice and workers are usually paid very little for their time.

Sampling and purchasing
At this point, the coffee can be offered to market. Buyers like Melbourne Coffee Merchants will commonly visit purchasing countries annually, to taste new crops. Typically trips are timed to coincide with the end of harvest, when the coffee is freshest.

“We always aim to meet with the producers and talk with them about their immediate challenges … weather conditions, leaf disease combat, etc,” says Cooke. "We also provide very thorough QC [quality control] feedback as well as general feedback at various points in the life of the coffee.

“Each origin’s arrangement is slightly different,” says Cooke. “Cupping and selection can be either down town in a lab, factory, head office, out on the farm itself, at the wet mill, [or] at the dry mill … In Bolivia the cupping room is at Agricafe’s (our partner) wet mill.”

Our coffee was purchased by MCM from Agricafe, who bought it from Nicolas Colque at the milling stage. While in Bolivia, MCM will spend time with Colque at La Florida, discussing techniques and various developments, and relate how his coffee is being received in Australia.

Not all buyers can travel the world drinking coffee. Samples are often mailed to roasters and buyers for their consideration. 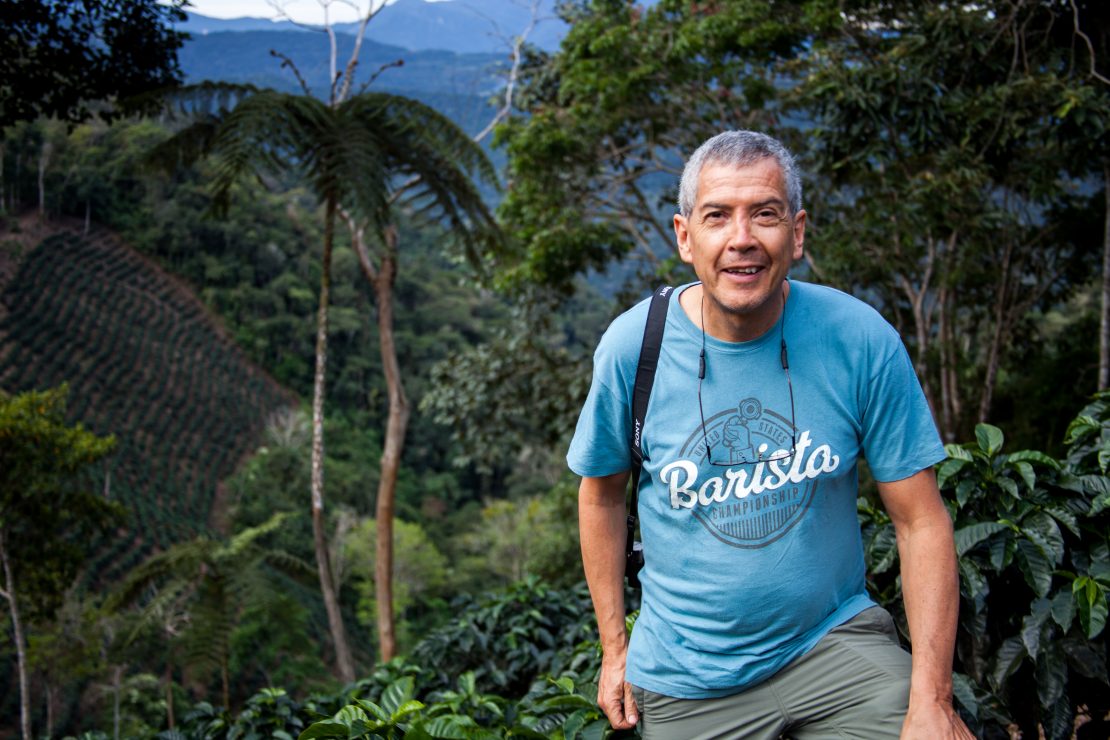 Transport
Once a coffee is sold it’s moved to the dock for export. Commonly, a logistics company is contracted to load the coffee into containers, and the containers onto ships operated by another company. Everyone does their part and gets their cut along the way – reflected in the coffee’s final price.

“We can expect about two weeks to docks – Bolivia is land locked, remember, so this journey takes time – and then once it hits the water it takes five weeks to arrive into Melbourne,” says Cooke.

Insurance
It’s here that we encounter one of the least sexy, but most important, players in the exchange; the insurance companies.

“Insurance is crucial,” says Cooke. “We are not big. We can’t afford any big hits … having the right protection and terms of trade is essential.”

“Roasters compare landed samples to pre-shipment samples,” adds Marley. “If they don’t match up – because the stock was damaged or mishandled, or the farmer sent the wrong crop – it can be refused.”

“We have, luckily, never been in a situation where we have had to back out of a contract or refuse coffee. Sometimes we do get quality issues where the coffee didn’t land as expected. This is part of the business … we understand that coffee is an organic product which is subject to change.”

Most farmers don’t have the luxury of insurance, so damage to their crops – at any stage of the process – is potentially devastating. If a shipment is refused, the balance of who wears the financial responsibility is an ongoing dilemma, and one of the biggest ethical challenges facing the modern industry. 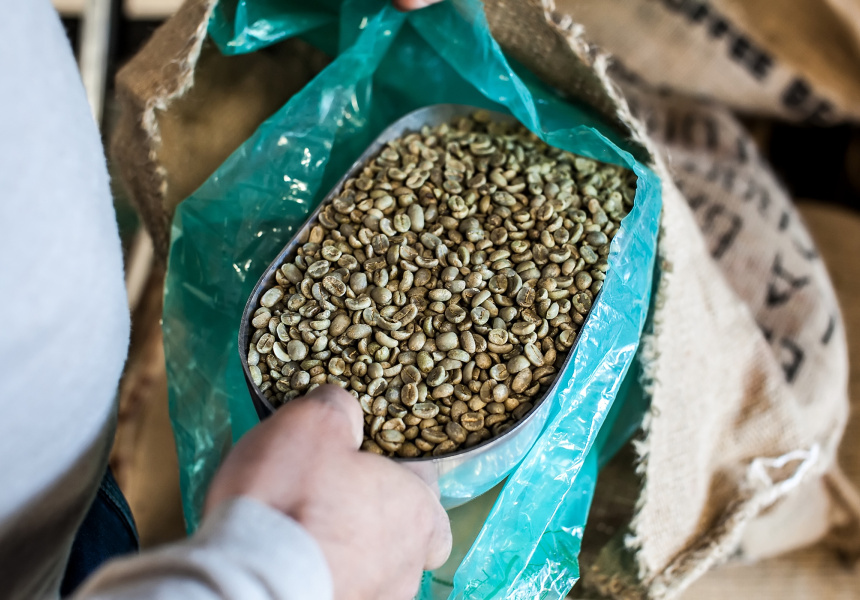 More transport
After a few weeks (“hopefully not months,” says Marley) on the docks and moving through Australian customs, the coffee will be delivered via road transport.

The MCM sales team can now offer some of the green coffee to other companies, and will keep some to roast themselves.

Our coffee travels by road from Melbourne to Adelaide, where it is met by Marley. “We tasted some samples back before it left Bolivia and are really excited to get around to playing with it,” he says. 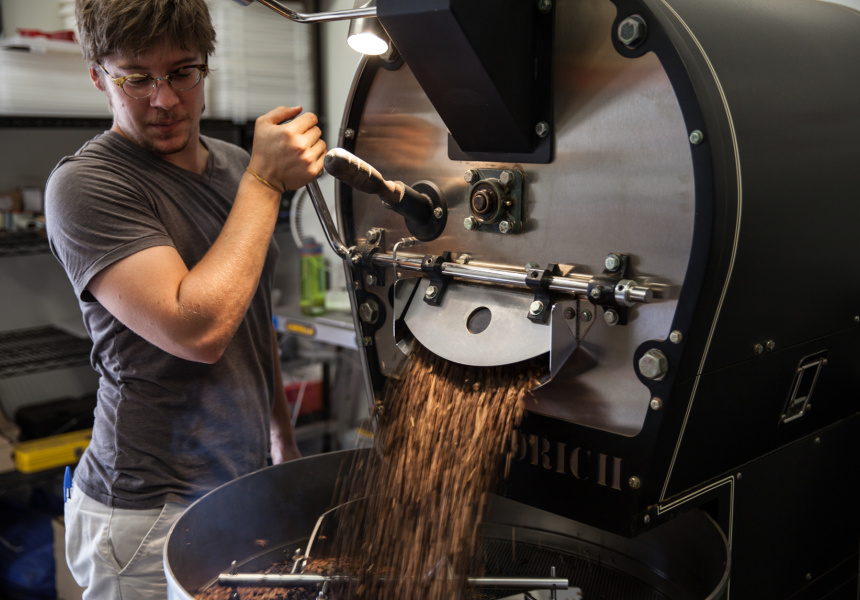 Roasting
The roasting process is technical and finicky. Every coffee – every crop – responds to the procedure differently, and each roaster has its own preferences for flavour, body and style.

Marley’s approach involves a long period of research and development. “I’ll start with a baseline – from experience with similar coffees – and tweak the profile until I’m happy with it,” he says. It can take hours, days or weeks to get it right.

Once Marley is content with what he’s achieved, the coffee is bagged and sent out to cafes and retail outlets, or directly to Monastery’s domestic customers to brew in their homes. 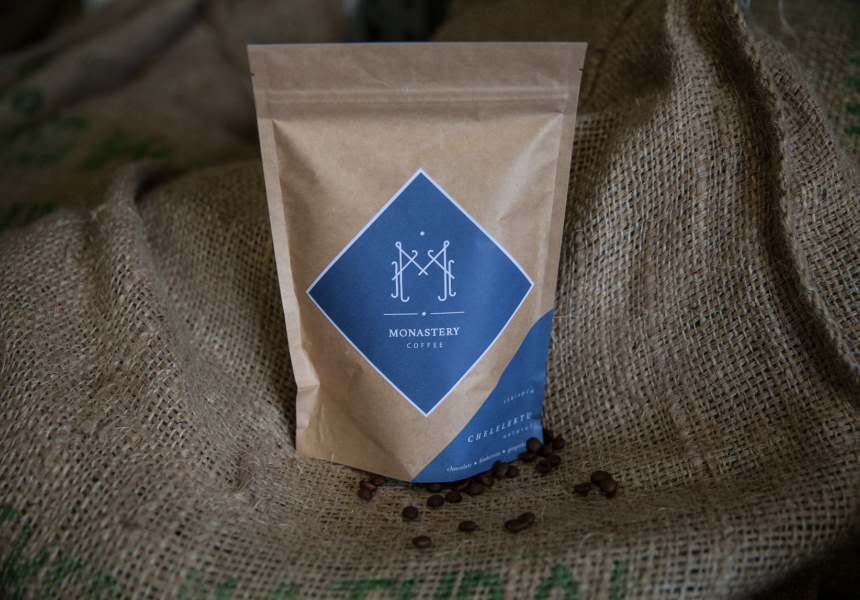 Cafe
It’s so close. We can literally almost taste it. This is also the point at which everything can unravel.

The barista’s hands are the last our coffee will pass through. They are charged with validating all the work that’s been done until now – by roasters, cuppers, transporters, hand-sorters, pickers, right back to the farmer preparing their soil. They may elect to brew via any number of methods – each with its own results and perils (poor education being among the most dangerous, and the most prevalent). Good baristas understand their product’s origin and look for ways to highlight its attributes. They’re among the highest-paid participants in the lengthy chain, which should instill in them an obligation to serve delicious coffee. It’s what all this was for.

“Giving baristas the training, tools, time and incentives – both pay and connection to the product – to fulfil their role to the highest standard possible is paramount,” says Marley. “If the customer doesn’t have a wonderful experience it becomes mighty hard to convince them that specialty coffee is in fact special.”

Consumers have a great deal of influence over how upstream producers are treated – at least financially – so it’s important they understand the difference between cheap coffee and good (ethical and sustainable) coffee means more than just a couple of bucks.

To work out exactly where your money goes, you’ll have to do some digging. Spotting the good among the rest can be tricky, especially with language around “specialty coffee" becoming muddied.

Ask your barista which roaster they use (they may buy from several, or perhaps it’s even done in-house) and look at how they’re sourcing their green. Transparency is improving, and we are seeing roasters share this information freely.

Companies scooping up large quantities of commodity- and low-specialty-grade coffees usually don’t have any investment in farmers. Often they purchase from co-ops representing several small producers. There’s likely no feedback loop in the exchange, so no opportunity for systems, crop quality or prices to improve.

Look for companies that table coffees from the same farms year after year. This indicates a healthy relationship between them and the producer. As Marley reminds us, “We’re the price makers, they’re the price takers”. 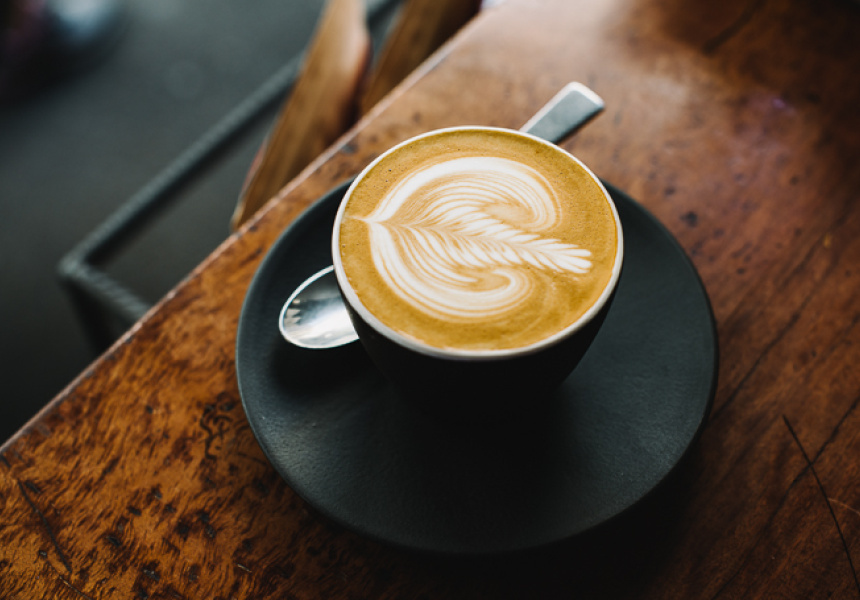