The news is raising a lot of ears. 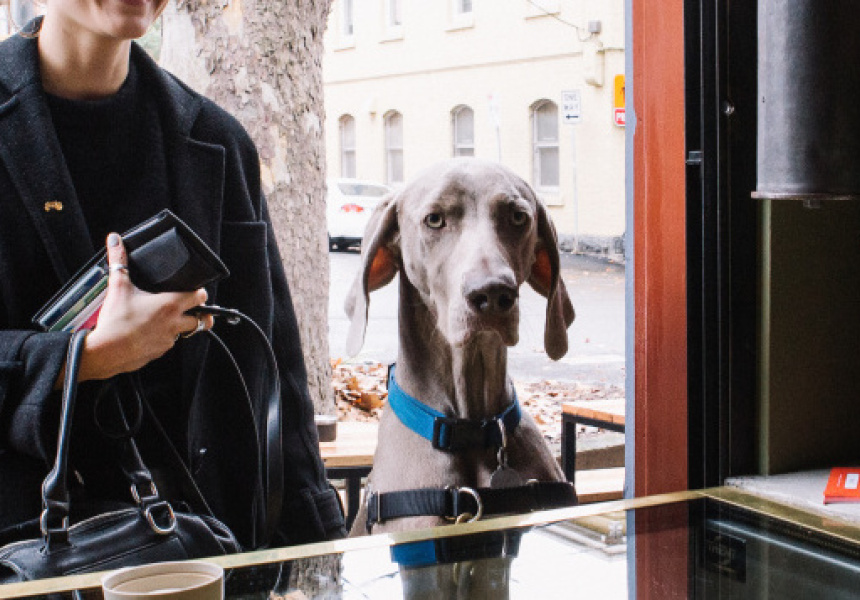 The site of the new Dog House.

Every couple of weeks it seems like we’ve reached peak ridiculousness. A stoner cafe in Sydney. The Death Star Canteen in Brisbane. The shit-storm surrounding last week’s deconstructed latte. And next month, a dog cafe in Collingwood.

No, this isn’t a spot where you can pay to hang with resident pooches, like the cat cafes in Sydney and Melbourne. This is a cafe for dogs, where owners are allowed to tag along. Sydney has had its own version, Cafe Bones, since 2000.

“Our first idea was to do a butcher shop for dogs,” says co-owner Anuj Yadav, a hip-hop and R’n’B promoter. He and business partner Charles Fernandez had been feeding their dogs raw meat from the same pet store. “I noticed my German shepherd was losing weight, and every now and then he’d throw up,” Yadav says.

“I was buying beef at $2 a kilo. The cheapest you can get beef [for human consumption] in New South Wales and Victoria is $6. That didn’t make sense to me. So I rang up all the abattoirs and all the wholesale meat suppliers and said, ‘I need to know, how are all these guys doing it for $2 or $2.50?’ They said, ‘They probably get it from the knackeries.’

“Even that’s fine. Dogs can have horsemeat if they want – they’re basically carnivores. But when I looked into it more, a lot of the knackeries that produce this pet meat could [do so] from diseased animals.”

Dog House will sell raw grass-fed beef (organic where possible), plus kangaroo, crocodile, emu and other game meats. Unlike at pet stores, where the food is stored in a fridge hidden out the back, here it’ll be displayed in a cabinet, as at a regular butcher shop.

The retail area will also stock herbal shampoos from Queensland company Donerite; one-of-a-kind handmade collars from Canada; and cookies, doughnuts, cakes and muffins made with ingredients such as chicken stock, chickpea flour and carob. Oh, and costumes: Superman, Wonder Woman, and a hot-dog outfit for all the dachshund owners out there.

In the back courtyard, 10 gated booths – no chance of fights breaking out here – will be available for dogs to dine in, with a dedicated kitchen plating up the meals. For their humans, a separate and far tinier kitchen will serve coffee and sandwiches.

The funny thing is, all the cafe trimmings were only added after requests on Facebook. “We wanted to just focus on fresh meat, and then we started a Facebook page. Within the first two or three days, we had about 1500 likes,” Yadav says.

“You’d be surprised what people want to do. A friend of mine has a French bulldog. They know another couple with a French bulldog. One’s male, the other one is female. They said, ‘You should do weddings!’ and we’re like, ‘Are you serious? Do you want a mating room as well?’ They said, 'Yes, splendid!'” he says, totally cracking up. “We need to calm down. There are a few different levels. We’ll see where we go from here.”