An out-of-work British pastry chef is getting creative with choccy during lockdown. There’s chewy caramel (made with Curly Wurlys); strawberry and pistachio; a vegan Cherry Ripe homage; and sea salt and pretzel – but you can also make requests. 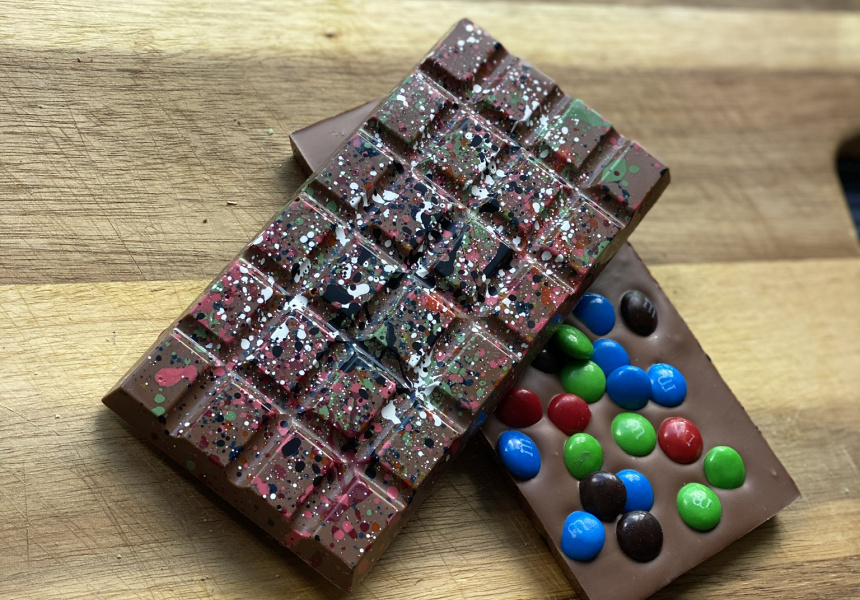 British pastry chef Victoria Willits is one of many stood-down international hospitality workers trying to get by during Melbourne’s lockdown without government support.

Since July, she’s been handmaking beautiful chocolate bars – packed with Curly Wurlys, Oreos, pretzels, M&Ms, Kitkats and more – in her CBD apartment and selling them via Instagram and Facebook under the name Cocoa-Vid.

“I mainly started to practise chocolate work for my own sake because it’s been so long since I’ve been at work,” she says. “I did a few bonbons and a few chocolate bars and I jokingly posted [some pictures] on my Facebook and said, ‘Would anyone like to buy any?’ And quite a few of my friends responded saying yes.”

Willits only had two chocolate moulds at that time, which meant her production was fairly limited. But her chocolate experiments proved so successful that a friend gifted her three more moulds. She’s now upped her production to 10 to 15 bars per week.

The flavour combos and designs vary, but all the bars are made with top-quality Belgian Callebaut chocolate. It comes from the supplier used by Flinders Lane dessert bar Om Nom Kitchen, where Willits had been working since January 2019.

The top surface of each chocolate bar is splashed with an abstract, colourful design (reminiscent of a Jackson Pollock painting), and the undersides are punctuated with textured ingredients (such as dried fruit, nuts and biscuits). The chocolate base can be flavoured with oils (such as orange or mint).

Popular vegan options include choc-orange, choc-mint, and a Cherry Ripe-inspired bar that’s packed with dried sour cherries and toasted coconut. For non-vegans, Willits says sea salt and pretzel; chewy caramel (made with Curly Wurlys); and strawberry and pistachio are her bestsellers. Have another combo in mind? She takes requests.

Plus, she donates 10 per cent of each sale to Covid-19 EAD, a charity that delivers free meals (cooked by chefs) to unemployed hospitality workers.

“I’ve been overwhelmed by the amazing response I’ve had and I want to help share that with other visa-holders and other people in hospo,” she says. “[It’s] an industry where we look after people … and I feel the need to continue that on because people have helped me out.”

Cocoa-Vid chocolate bars are $15 each or $40 for three. Australia-wide shipping is available for $10.95. Order via Instagram or Facebook. 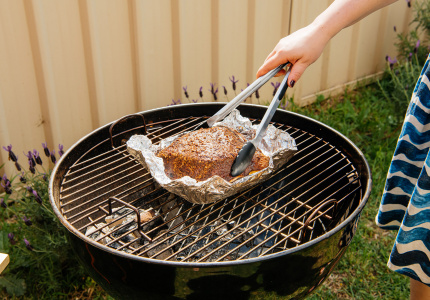 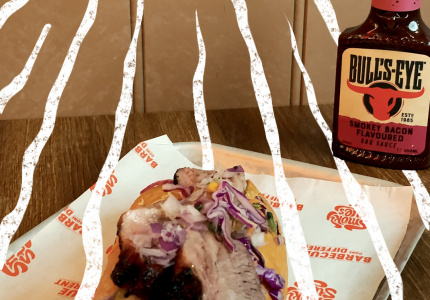