Founder tells Broadsheet it will be business as usual with production to remain in WA. 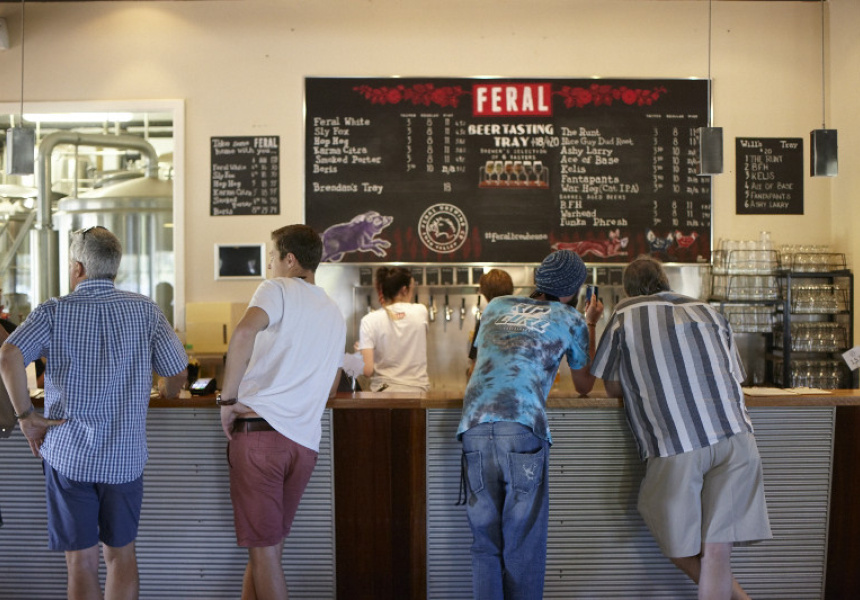 Feral Brewing, a long-time standard bearer for craft beer in both Western Australia and Australia, has been bought by Coca-Cola Amatil (CCA), distributor – and in some cases, manufacturer under license – of well-known alcohol brands such as Coors, Samuel Adams, Blue Moon and Rekorderlig.

The announcement was made on Feral’s Facebook page. As expected, the news drew criticism from beer drinkers concerned that the change of ownership would affect Feral products. Feral founder Brendan Varis, however, says that won’t be the case.

“I really don’t think so,” Varis tells Broadsheet from Melbourne, where he flew to talk to local staff about Feral’s future. “I would think that with the extra resources we’ll have at our disposal, our beer, if anything, would only get better. Talking to those guys [CCA] they’ve done their homework on brewery acquisitions. They knew what they were buying and gave us an explanation and what we should and shouldn’t do going forwards. It gave me a good level of comfort quite quickly.”

The Feral Facebook post also included comments from CCA managing director Alison Watkins, including praise for Feral as “the flag bearer for craft brewing” and excitement at “what we can do together in the future.”

Although Feral is now wholly owned by CCA, Varis will stay on in his role as Feral’s head of processes and be heavily involved in the company’s direction (Varis: “We’ll be left to recommend how to grow it and they’ll listen to everything on their merits.”). He also insists that the beer will still taste the same post-acquisition – settlement isn’t until the end of November – not least because production will remain in Western Australia, even if demand for Feral grows. Although he is reluctant to talk exact production amounts, Varis says that Feral’s current Bassendean brewery has the capacity to increase production by 500 per cent.

According to Varis, increased marketing support, access to a bigger, more national sales force and having the resources to turn Feral’s Swan Valley brewpub into “a world-class beer experience” are some of the key benefits of the change in ownership. He’s also quick to add that “weird and wonderful stuff” will continue to be made in the Swan Valley facility.

In a strange stroke of fate, the news came exactly 15 years after Varis threw open the doors to Feral Brewing on October 12, 2002. Since then the company has added additional brewing facilities – it moved part of its production into its first Bassendean brewery in 2012 before shifting into larger facilities last year – while its flagship brew Hop Hog has enjoyed critical and commercial success around the country. Will it remain the same beer post-acquisition? Like they say in the classics, time will tell.