Restaurants and workers in Victoria are on the brink of financial and emotional collapse. They can’t move forward with hope for the future if this road map stays, says the founder of Chin Chin, Kong, Baby, Hawker Hall and Kisumé. 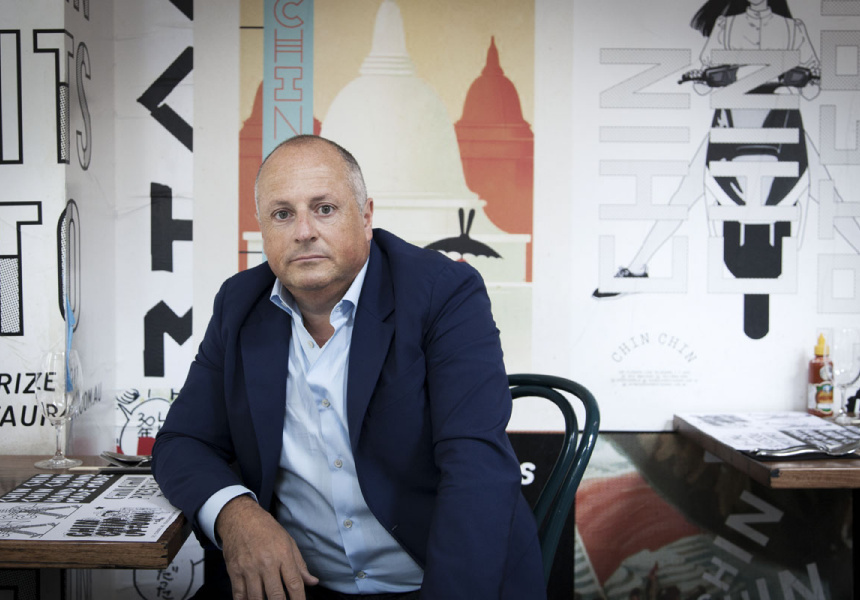 Restaurants are fundamental to the fabric of our society. They’re the lifeblood of Melbourne. We’ve got one of the greatest food cities in the world, and right now we’re on the brink of losing that.

As a restaurant business owner, I’m dealing with major personal crises born out of this lockdown every day. Some employees can’t pay rent. Some are having visa issues. Some are having relationship and psychological issues. There’s a loss of motivation. We converted our HR department into a counselling department. Without motivation, structure, your normal network – depression can set in.

It’s hurting me. It’s breaking my heart. I don’t know what to say to my employees. They’re coming to me and they want to go back to work. When will I know when that will be?

The plan that Premier Daniel Andrews announced on Sunday, the road map for our state, is unworkable and unrealistic. It’s simply too ambitious. For instance, Victoria hasn’t recorded zero daily cases since June 9. Who knows how long it could take to see 14 days with no new community cases? And this is the benchmark before indoor dining is allowed at all? This will have disastrous consequences on Melbourne’s once thriving hospitality industry.

We’ve been in our homes for almost six weeks. I don’t think the premier really understands the torment millions of Victorians are going through. Now we face another six weeks of curfews and lockdowns until October 26. My employees don’t know when their day-to-day routine will look normal again. Week to week, we might have some hours for them or we mightn’t have any hours for them. So there’s no motivation. They’re lost. There’s talk that 20 to 30 per cent of restaurants and hospitality businesses could go broke. If you spent the best part of your life learning to be a sommelier, chef or manager, you’re in fear of what your future holds. I’m in fear of what the future holds.

Current solutions are not working

Takeaway is a means to an end. It’s not financially viable; it’s simply stopping us from going bankrupt. In most cases, if it wasn’t for Jobkeeper we would not be open – the entire industry would be facing collapse. In most cases, takeaway represents between two and 10 per cent of our normal business, but most of our big costs are still there. And those well and truly exceed the revenue we’re getting from takeaway.

Al fresco dining isn’t a fix. It sounds like a good idea, and I’m sure it’ll help a little. I’m on a task force with the mayor, and we’re talking about maybe opening up the footpaths or some smaller streets to foot traffic. But it’s complicated and it’s certainly not a solution. The majority of restaurants aren’t even set up for it. There are security issues … it throws up more problems than it solves, really.

Visa-holders have been ignored

I feel the most for my international staff on temporary visas. They’ve been deeply impacted. They came to Australia to build their future here, and they probably love this country as much, if not more, than most citizens do. And we’ve made them feel as if they’re second-class citizens. They’re not entitled to Jobkeeper or any support benefits, which to me is a terrible thing – they’re human beings.

It really cuts to my core – my parents were Greek immigrants. I know what it’s like to be from an immigrant family: you want to be part of the country, to feel loved. So we’ve had to dig deep to look after our visa-holders. I’ve kept all of them on some form of income, which I’ve been paying out of my own pocket. I couldn’t say to them, “I’m sorry, I can’t do anything about this.”

I’m not the only one doing this. Every restaurant owner and cafe owner is doing the same thing. We’ve been running a significant support network for our employees so they can live. But more importantly, we want them to stay – they mean something to us. We’ve been looking after these kids and we’ll keep doing it until the money runs out.

We’ve wound down our business twice now. We’ve lost thousands of dollars in food. We couldn’t even give it away, sadly. We tried, but a lot was perishable. And it’s not just restaurants – there’s a knock-on effect. Think of the fishmongers, the farmers, the suppliers who import goods. They never thought there was going to be a second shutdown, so they reopened and brought in millions of dollars of food. And then within five weeks – bang. We were shut down again.

Christmas is just around the corner. It’s a time that’s normally filled with fun and joy, but most importantly for this industry, it’s a time when people flock to restaurants. This industry almost entirely survives on the money it makes in December. And we don’t know what’s happening then, because we don’t know if we’ll have achieved the zero cases in our community for 14 days come November 23. We can’t take bookings at the moment. We can’t give our customers any information whatsoever. If we lose that month, or we open but we’re severely restricted, it will be disastrous for restaurants.

We need to be realistic

Covid-19 is not going away. These lockdowns diminish the numbers, but they don’t eradicate the virus. There needs to be a shift away from policies of damaging lockdowns to a plan for living with the virus. We need to recognise that there’s not just a health crisis and an economic crisis – there’s a mental-health crisis, too. It’s the sleeper no one’s talking about, and the effect on our population is hard to quantify and deal with. They might find a vaccine for Covid-19, but they’re not going to find a vaccine for the mental and emotional toll.

We need to prioritise contact tracing and cluster management like the rest of Australia is doing. We can and should be following the NSW example – once numbers are down to around 20 or 30 predominantly traceable cases, we’re on the same page as them. So why can’t our plan be to reopen in the ways NSW has?

This could be catastrophic

I think if we don’t open our restaurants, cafes and bars in a relatively short period of time, we’re facing a catastrophe we’ve never seen before. It’s been projected that 20 to 30 per cent of businesses likely won’t open again. We could lose some of our most iconic restaurants.

But on top of that, I’m fearful about the widespread unemployment. We could be seeing an unemployment rate of 150,000 to 200,000 hospo workers. That to me is catastrophic.

Not to mention the mental fatigue and consequences of such widespread unemployment for young people. Business and economics is one thing, but the human impact is bigger. A lot of these kids will walk away from this industry, and that’ll be a huge tragedy.

We need a plan that deals with the health crisis, of course. But we also need one that addresses the devastating psychological and financial impact of this virus on the hospitality community. The future of Melbourne’s hospitality industry depends on it.

Chris Lucas is the founder and CEO of Lucas Restaurants, which owns Chin Chin (in Melbourne and Sydney), Kong, Kisumé, Baby Pizza and Hawker Hall.